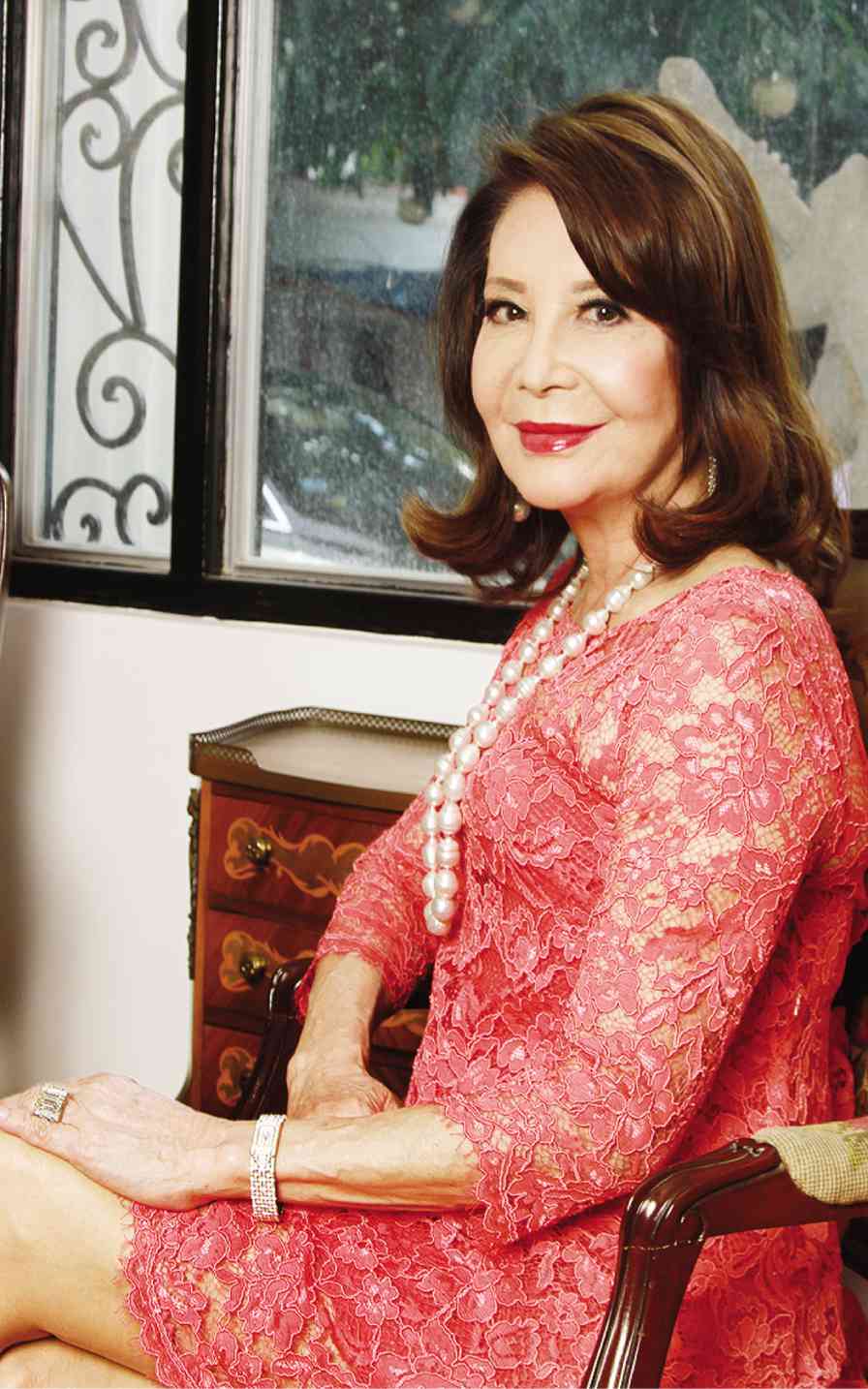 HELEN Ong: “You’re doing something good, but you hear nasty things about your work. That’s why I’m coming out.” NELSON MATAWARAN

Honorary Consul for Angola Helen Ong disdains artifice and prefers to devote her time and resources to artists and the less privileged.

As events chair of the Philippine Cancer Society (PCS), she has been organizing the annual Best Dressed Women of the Philippines (BDWP) Awards Ball, the main fundraiser of the PCS. Now on its 11th season, the event will be held Sept. 26 at the Rizal Ballroom of Makati Shangri-La.

The BDWP was established in 2004 to augment the PCS’ diminishing list of donors and declining resources.

A group of designers and prominent personalities gives recommendations to the annual list. The women are chosen not only for their sense of style but also for their career achievements and community service.

“When somebody is rejected, there are no questions asked. That way, there will be no rumors that a candidate was criticized. In fact, the awardees don’t even know that they were nominated,” says Ong.

Yet, despite the committee’s earnest efforts to raise funds for cancer awareness and patient services, the rumor mill hasn’t spared the BDWP credibility.

However, the most common misconception about the BDWP is that one has to pay through the nose to land on its list. Ong clarifies: “We don’t solicit. Look at our letters.”

Even the selection and organizing committee members must pay for their dinner plates, which cost from P7,000 to P10,000. That’s not even counting their annual voluntary contribution to the PCS.

The only perk is a plaque of appreciation. Most awardees derive psychic income, knowing that their money will be spent to save lives of cancer patients.

PCS board of trustees chair Roberto Paterno points out that the bulk of revenues from the awards ball still comes from sponsors. Then there are generous donors such as Mrs. Cojuangco who allots P1.2 million every year; and businessmen dubbed the Extraordinary Men of Influence, who support the cause.

Vibal Printing provides the free printing of the souvenir program which is thick with glamour photographs of the awardees and advertisements from the donors.

During this interview, Ong gets a call from the office of Manuel Villar Jr. saying that the businessman-politician is donating P100,000.

Dr. Rachael Rosario, PCS executive director, underscores transparency in managing the resources of the BDWP. The PCS has to get a permit for the event from the Department of Social Welfare and Development (DSWD).

“There is a special audit for the funding. The DSWD asks how much we intend to use. All the expenses are broken down. Every centavo should go where it’s supposed to go. If there is a remaining balance, they question that. Most of the funds go to the cancer patient support,” she says.

“I believe in this cause,” says Ong whose surgeon-husband, Luciano, died of thyroid cancer.

What drove Ong to charity is an oft-repeated story.

In 1986, she suffered from cerebral aneurysm, a disorder in which a weak spot in the cerebral artery caused the swelling of blood vessels that paralyzed half of her body.

“The aneurysm was on the left brain and I couldn’t move my right side. I had to be assisted by my husband and daughter in going to church,” she recalls.

After regular treatment at the Ronald Reagan UCLA Medical Center in the US, Ong was healed in two years. She attributes this not so much to science as to the power of prayer.

“Miraculously, the bleeding closed. I asked, ‘Why me?’ Priests advised me that there was something I needed to do,” says Ong.

Her first project was to help out in the pastoral council of Santuario de San Antonio in Forbes Park, Makati City. She even joined the choir.

She has been leading the Francis Fest, the church’s annual October fundraiser. Proceeds go to the maintenance of the church and to parish charities.

Last month, she led the fundraising for the restoration of Fernando Amorsolo’s “Stigmatization of St. Francis” and “Sermon to the Birds” at Santuario de San Antonio. The paintings were worth P24 million each and the restoration cost P2 million.

“There was a Chinese who gave P1 million. This is not tax deductible,” she says. Ong herself raised P3 million and has even rejected potential donors.

She also shared her resources to help build chapels. At the Department of Foreign Affairs, then Secretary Teofisto Guingona requested her assistance for its own chapel. Ong paid for the electrical circuit and air-conditioning systems.

She also installed the carpet and expanded the chapel at the Cultural Center of the Philippines. Ong recounts an experience in the ’90s when she was asked to model for a benefit show at the CCP. When she went to fit her dress at the Ballet Philippines storage room, she was appalled by the decrepit state of the costumes.

She then set up Friends of Ballet Philippines, which has since been raising funds for the dancers’ pointe shoes.

The Philippine Ballet Theater approached her to help in its community development outreach program in public schools. Ong established the Sayaw Foundation which provides ballet scholarships to the poor and pays teachers.

Mandaluyong Mayor Benhur Abalos provided a classroom for ballet classes for public school children and donates P200,000 yearly to the foundation. Sen. Cynthia Villar also provided space in a public school in her hometown, Las Piñas, and is also a benefactor. Sayaw Foundation supports 200 dance scholars. One of its products, Lobi Pimentel, is a soloist in PBT. “Many mayors request but not everybody supports the arts,” says Ong.

Her diplomatic career is also an avocation. Then Ambassador to Austria Victor Garcia nominated Ong as honorary consul for Angola. She doesn’t get a salary and she pays for the rent of the office at Tower One.

Outside of her advocacies, Ong attends to her businesses—jewelry manufacturing and her Glorietta store called Czarina, and the Czarina Foreign Exchange and Remittance, which she established in the ’70s.

For a woman of a certain age, she is sprightly. Her social calendar is filled with embassy functions and cause-oriented socials.

Asked why donors are attracted to her endeavors, Ong replies, “I don’t hold their money. In the case of the Philippine Cancer Society, the checks are payable to the Society.”

And the reward for her selfless service? “Luck,” she says. “Things look up for me.”