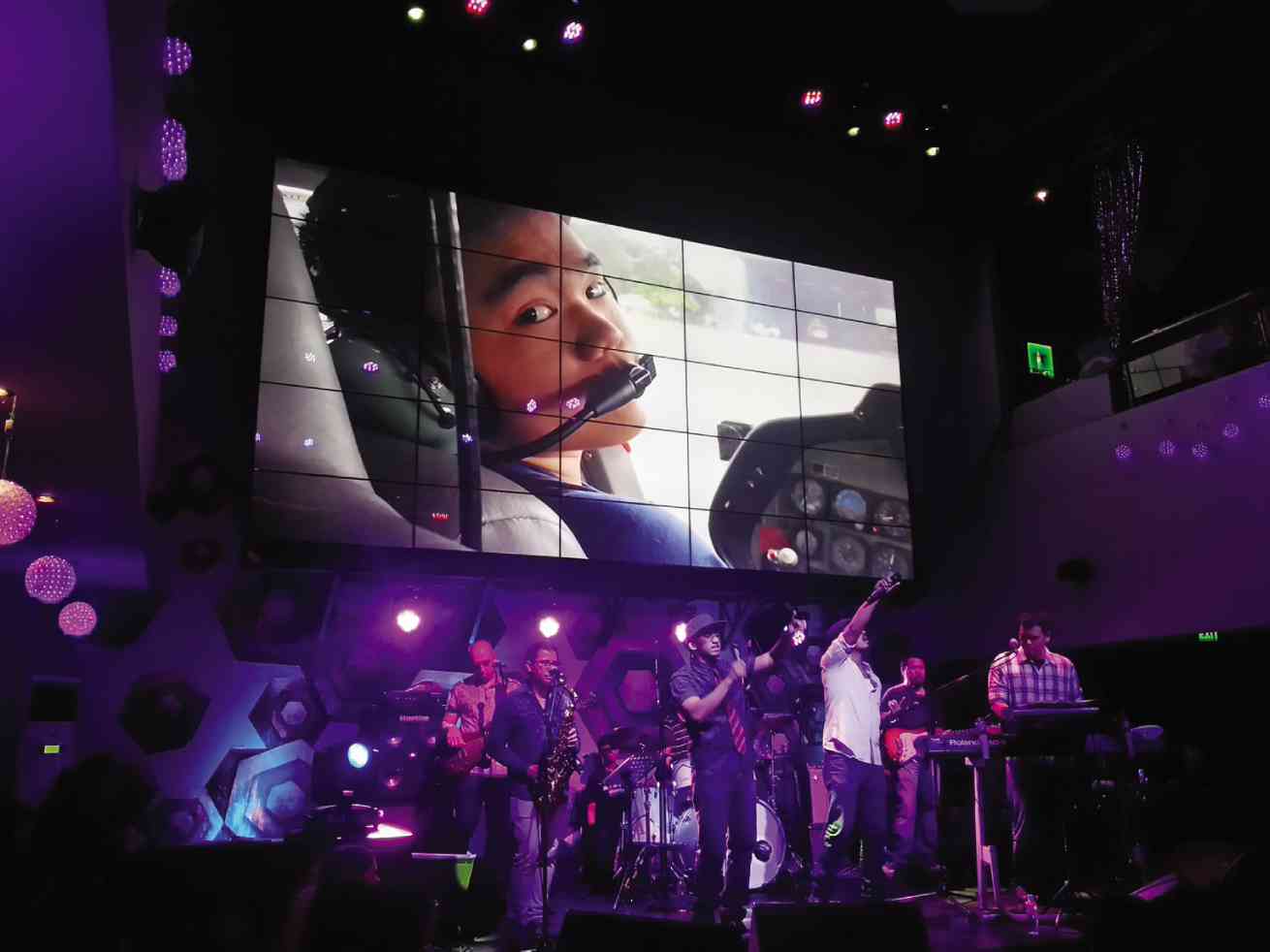 The mood was bright and cheery as guests mingled with friends and show organizers. Anesthesiologist James Monje of the Lung Center of the Philippines was an early bird who later shared his table with med school buddies, ophthalmologist Noel Jusay Lacsamana and general practitioner Gabriel Balalta.

Joining their table was Joey San Andres, government officer and bandleader of two groups who found time to catch the show.

Also present were sisters/TV hosts Janice and Gelli de Belen; Janice had her kids in tow, while Gelli was with her husband, singer-actor Ariel Rivera.

At another table sat the group of record label bosses Narciso Chan and Vic Valenciano.

These folks showed up as a gesture of support for Durias and his wife Helene Inductivo, whose sister Kaye is the mother of Gonzalo, the gig’s beneficiary.

The performances started quite late, but they were all worth the wait.

Opening the show was the band Raya, fronted by “The Voice of the Philippines” finalist Diday Garcellano who sang her favorite, a cover of an Etta James classic, “At Last.”

There was a lot of promise in young singer Joey Ynion’s rendition of “Gumising Ka,” an original tune which Durias arranged and produced as a single and music video.

The Bleu Rascals mesmerized the crowd with Paul Marney Leobrera’s guitar solos, which howled and wept with emotion and yet was tuned to ear-pleasing volume. The band’s version of John Mayer’s “Gravity” was sweet and sublime.

The revved-up audience cheered as main act South Border went onstage. After a slew of originals, Durias called a surprise guest, who turned out to be Rivera. His take on the Ric Segreto hit “Don’t Know What To Say (Don’t Know What To Do)” and his own hit “Minsan Lang Kita Iibigin” had female fans swooning.

The De Belen and Inductivo sisters were caught dancing near the stage as the gig peaked on disco grooves as in Bruno Mars and Daft Punk.

In the wee hours Rivera was still having a good time with his wife, drinking beer while telling friends that he really finds singing a drag these days—except that he gets caught up in the moment as soon as he’s onstage.

Gracing the recent press conference for “Chicago The Musical” at Solaire Resort & Casino were Terra MacLeod and Bianca Marroquin, who play Velma Kelly and Roxie Hart, respectively, in the Broadway production set to open Dec. 2 at The Theatre at Solaire.

The two discussed how challenging and fulfilling it’s been since joining the cast of the longest-running musical revival and the longest-running American musical in Broadway history. “We have longevity because we follow the rules,” said MacLeod. “The script is honest,” added Marroquin.

Check out these coming international music festivals to be held in BGC and Rockwell: