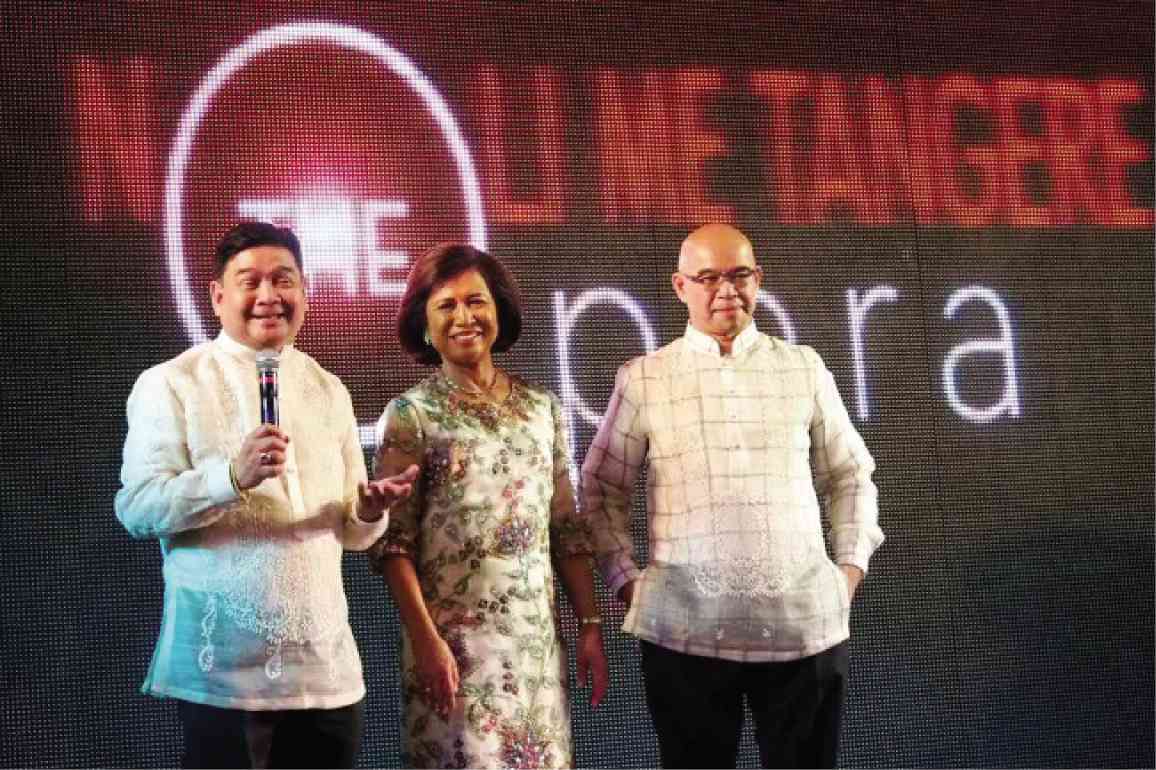 Of all local and foreign operas staged in the country this year, nothing beats perhaps the promotion and marketing of the new production of Felipe Padilla de Leon’s opera “Noli Me Tangere.”

The production and cast have been interviewed by entertainment personalities Kris Aquino, Boy Abunda and Ryzza Mae Dizon.

On top of that, this is the first full-length Philippine opera staged at the Resort World theater, which has been identified with local productions of foreign musicals such as “Sound of Music” and “The King and I.”

The opera was last staged on a grand scale at the Cultural Center of the Philippines in 1987.

The revival of “Noli” had its gala night last week. It was a grand production as shown especially in the stunning sets and costumes of Jerry Sibal framed by a stylish proscenium reflecting 18th-century architecture.

The 1,500-seat theater had the biggest LED screen in Asia and provided video backdrops that helped the opera become more life-like, like the crocodile showing up in the picnic of Maria Clara and her friends.

But the stage—reportedly the widest in the in the Philippines—made the singers look diminutive.

However two Euro-LED screens— equipped with 3D effects, a complex fly system and a revolving stage supported by good lighting and state-of-the-art digital audio system—magnified the images of the singers on both sides of the theater.

The English translation flashed all over the stage made the opera enjoyable even to foreigners.

With all these high-tech facilities, it was obvious singers need not exert extra effort to project; they just have to make sure their operatic voices didn’t sound too amplified.

The Ibarra of tenor Sal Malaki was engaging.

Rachelle Gerodias evoked a tender but haunting Maria Clara especially when she sang “Kay Tamis Mabuhay.” Eggo Velasco as Basilio was effective in the death scene of Sisa.

The opera’s showstopper was no doubt soprano Antoni Mendezona who sang “Awit ng Gabi ni Sisa” with all the high notes clear and distinct as a bell and to boot, acting with desired intensity.

There is so much to be learned in the portrayal of Padre Damaso by baritone Andrew Fernando. His singing tugged at the heart even as his character was widely perceived as repulsive. His prayer scene was the most moving part of the opera and it made people reflect on the human side of this widely hated character in Rizal’s novel.

The opera ended in the duet of Ibarra and Maria Clara which probably had less impact as most operas end with a chorus.

But in the curtain call, the audiences came to life and gave its standing ovation to the Sisa of Mendezona. Hearty applause also went to the Maria Clara of Gerodias, the Basilio of Velasco and the Padre Damaso of Fernando.

The Manila Philharmonic Orchestra under Rodel Colmenar was—on the whole— singer-friendly and it had the rare insight of interpretation as it highlighted the romance and high drama of the opera.

Freddie Santos’ direction showed a familiarity with the theater and he used them to make the opera more thrilling for non-opera fans. For another, he made sure the characters didn’t sound like museum figures from another century but almost like real life characters in today’s milieu.

As a true-to-life sidelight of the gala night, the grandniece of Jose Rizal, Gemma Cruz Araneta, was in the audience.

For the record, the De Leon opera had its world premiere in 1957 in the 1,040-seater FEU Auditorium, then moved on to the 1,800 seater CCP main theater in 1974 with the Ibarra of Don David, the Maria Clara of Ruby Salazar, the Sisa of Fides Cuyugan Asensio and the Padre Damaso of Aurelio Estanislao.

One saw its grand staging at CCP main theater in 1987 with the Maria Clara of Andion Fernandez, the Ibarra of Nolyn Cabahug and the Sisa of Asensio (alternating with the equally brilliant soprano Luz Morete).

For the present revival, the real heroes of the opera are the producers—Loida Nicolas Lewis, Jerry Sibal and Edwin Josue.