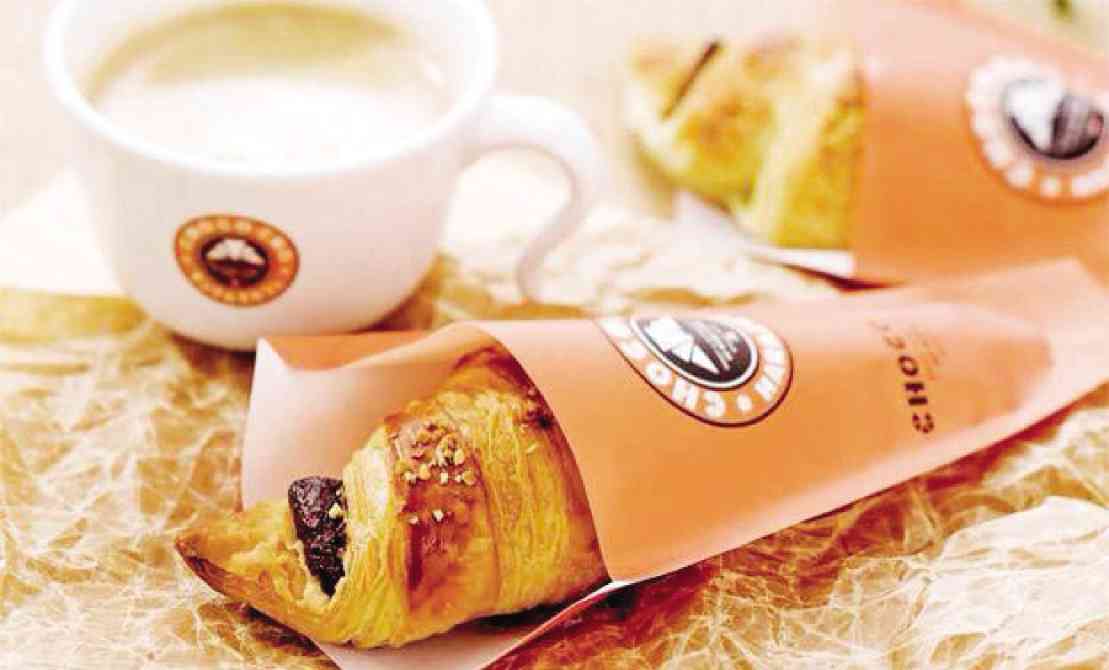 When one hears the name Ben Chan, one immediately pictures trendy apparel, bath products and accessories. That’s because, since 1987, the chair and CEO of Suyen Corp. has been growing the Bench lifestyle brand that now includes over 30 local concepts and international franchises.

Few are aware, however, that Chan is also a partner in a number of restaurants. Earlier this week, he launched the first St. Marc Café in the country in partnership with Japan-based Saintmarc Holdings Co. Ltd. The café and restaurant chain which, like Bench, also started in 1987, now has over 750 stores in Japan, and is eyeing regional expansion with branches in China, Singapore and the Philippines.

Chan likes to eat at St. Marc whenever he’s in Japan, making it a point to have breakfast in a branch nearest the hotel he’s billeted.

Suyen has been trying to convince St. Marc’s principals “to come to the country, partner with us for a long time now; and we’re glad they finally did,” he said.

In welcome remarks at the launch on Monday, Suyen Corp. president Virgilio Lim emphasized that he and his family have long been fans of St. Marc: “We even hand-carry boxes of pastries for our grandchildren when we come home from a trip.”

The menu at St. Marc Café consists mainly of baked goods, desserts, chilled drinks and coffee preparations. It’s best known for Chococro, a croissant-like pastry filled with chocolate. It might remind some of the French pain au chocolat—a mainstay in many hotel breakfast spreads—but when it’s served warm from the oven, the Chococro is several notches higher.

St. Marc boasts coffee drinks that use coffee beans ground, extracted and brewed per order. And the signature dough used for its breads have layers of fermented butter and margarine, while its selection of ice cream, cakes, waffles and parfaits is a dessert lover’s dream.

Chan is partial to the sandwiches, which he said he always orders whenever he’s in Japan. That afternoon, waiters passed around trays of canapés that included finger sandwiches, gyoza and, surprisingly, pasta.

In Japan, there are St. Marc Cafés and St. Marc restaurants— the former offers drinks and light snacks, while the latter has entrées and main dishes.

A month after St. Marc Café’s opening at SM Megamall, it has been noticed that more diners visit for dinner and after-dinner rather than lunch.

“There are plans to come up with baked rice dishes to entice those with bigger appetites, but those plans have yet to be finalized,” said Taka Miyake, CEO of Saintmarc Southeast Asia. A second branch is set to open at Greenbelt 3 in Makati before the end of the year.

VP for business development Bryan Lim said the opening of the first St. Marc Café in the country couldn’t have come at a better time.

“Many Japanese restaurant concepts are opening one after the other. We were just checking out the Mega Fashion Hall and there are restaurants here focusing on ramen, katsu or gyoza,” he said.

This trend shows no signs of slowing down anytime soon. In fact, Chan said he is opening in the next few months the first branch of Pablo, a Japanese dining concept.

The Osaka-based cake shop is known for its fluffy cheese tarts that can also be ordered “rare” with a thick, gooey middle. The tarts that are good for two people will also be available in “medium” or firmer than regular.

Once open, the store might also carry a selection of rare cheese biscuits, mille-feuille, and premium cheese tarts.

St. Marc Café is on the ground floor of the Mega Fashion Hall, SM Megamall.