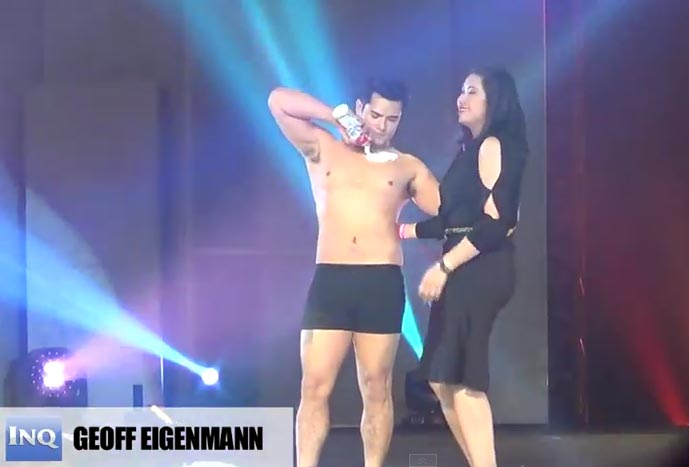 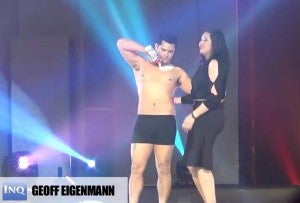 MANILA, Philippines—When all the “employees” of the Cosmo Tower 69 have called it a night and the crowds exited the World Trade Center Wednesday night to revel on how steamy their night have been, INQUIRER.net got the chance to talk to three hunk “bosses” about their experience when they strutted their stuff on the Cosmo Bachelor Bash 2014.

“Chief of Internal Affairs” of Cosmo Tower 69 Geoff Eigenmann revealed that doing the Cosmo Bachelor Bash for this year was a challenge for him, especially now that he was among the centerfold hunks featured on the show.

He said that he had been working out and had to shed 30 to 40 pounds for him to attain his fit body.

“I have just been working on myself, and I don’t really care what I weigh for as long as I take good care of myself,” Geoff said.

Asked on how he felt when some of his celebrity cousins like Gabby Eigenmann and Andi Eigenmann came to see him conquer the runway, Geoff said that he was thankful for their support. 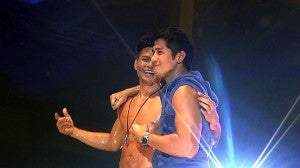 One of the highlights of the show was when Geoff started to smother himself with cream and asking a female member of the audience to have a little taste. He said that he did it in on purpose in order to treat the audience.

One of the show’s memorable moments was when TV5 actor Vin Abrenica was doused with water by his brother Aljur. Vin was completely caught off-guard by his brother’s gesture that they shared a hug on stage.

Commenting on the incident, Vin said that he during that moment, he felt that his brother’s love.

“For one, I got surprised kasi hindi ko talaga alam. And two, I was very touched. Pinaramdam niya sa akin na no matter what happens, you will always be my baby brother,” Vin said.

[For one, I got surprised because I really didn’t know. And two, I was very touched. He [Aljur] made me feel that no matter what happens, you will always be my baby brother.]

He also said that the hug on stage only goes to show how his brother Aljur cares for him, despite all the hardships they have been through together.

Vin also said that if his brother have not gotten on stage, he only wanted to show his fans his fit body that he had worked hard to attain. 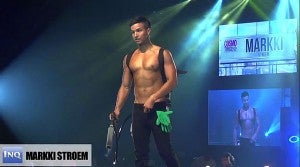 po talaga ako. Ang plano ko lang po talaga, is to only show them what I have got,” Vin added.

Markki Stroem, who stole the show by toting a gun attached to a fire extinguisher, was inspired by the “Cryogan” used in the movie Ghostbusters. He said that the show will not spell the end of his singing career, saying that he is producing a new album and asked his fans to continue to support his musical endeavors.

[I wish they [fans] would anticipate my upcoming album.]

Markki also dispelled rumors that he is currently dating someone.

Cosmo centerfold James Reid was considered by his fans as the epitome of professionalism after he continued his song number despite falling off stage during the show.

Some of the show’s scene-stealers were the bomb-chasing cop and Mister International Philippines 2014 Neil Perez, model John James Uy who played with a toy snake, reality TV show winner Daniel Matsunaga, and the G-Force Stallions who performed a sing and dance number.