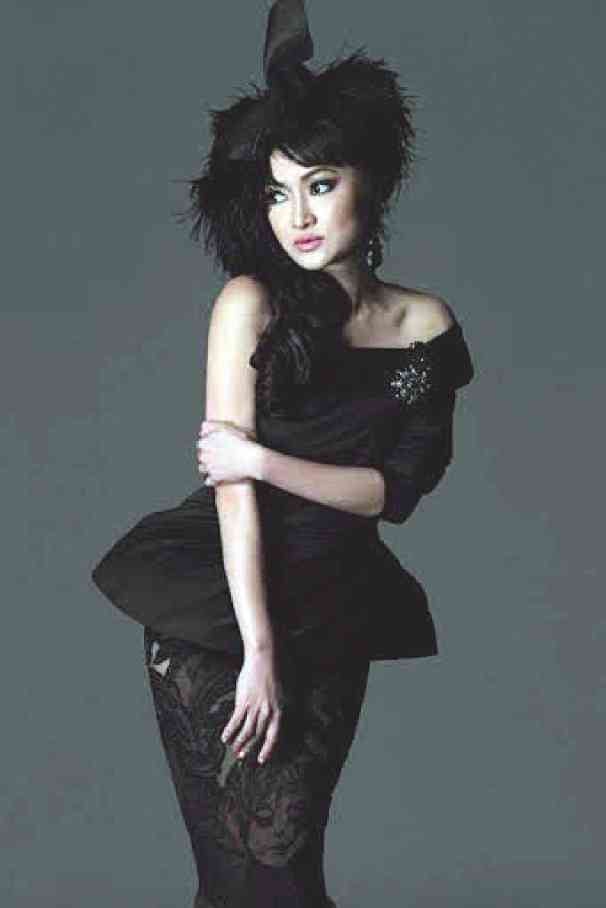 KATE will be hosting and singing at a fundraising dinner commemorating Supertyphoon “Yolanda” at the legendary Savoy Hotel in London on Oct. 17.

LONDON—Goosebumps don’t lie. Last night marked a milestone in my fledgling existence as a musician: I performed at a renowned singer-songwriter showcase in Ronnie’s Bar, the second floor venue of the historic Ronnie Scott’s Jazz Club here in Soho.

I was ecstatic and goosebumpy the entire time. The showcase, dubbed “Ruby Sings,” is known as a platform for some of the best independent British musicians. The likes of Emeli Sandé and Paloma Faith played here early in their careers. How surreal it was to be included on the roster and share my songs in one of the most prominent live music venues in the world.

Four years ago, I got those same goose bumps playing for an audience of great Filipino music artists at the 1st Elements National Songwriting Camp in Dumaguete, Negros Oriental. Thanks to an invite from Pinoy folk icon Joey Ayala, I qualified for the life-changing workshop spearheaded by maestro Ryan Cayabyab, music biz exec Twinky Lagdameo and businessman-music aficionado Julio D. Sy, Jr.

On a moonlit night by the sea, I was handpicked to perform my song “Pictures” in front of fellow campers, mentors and industry bigwigs including Gary Valenciano, Noel Cabangon, Gary Granada, Jay Durias, Rico Blanco, Chito Miranda and Jungee Marcelo.

The day prior, I pestered the Louie Ocampo to listen to my song; he liked it so much he decided to give me a one-on-one master class. Ogie Alcasid remarked the first time he heard me play: “What are you doing designing clothes?” MCA Music’s Ricky Ilacad loved my music, too.

Now my independently-produced album titled “Long Overdue” is distributed internationally via Universal Music Group. My record celebrates its first year this weekend at the massive OPM festival “P Fest” at the O2 Academy in Leeds and Fiction Romford.

I walked away from the glittery fashion world to pursue music, my childhood wish, and I can’t say the transition has been easy. The music biz is a tough nut to crack, and all the clichés you hear about it are true.

My ever-protective mother’s reaction to my choice: “Do you really want to pursue this now? But you’re no longer an ingenue.” I had no idea that in my 30s, I would be a beginner again.

I’m learning about the dreaded C-word (commitment) in a whole new dimension. When you love something so much, you’ll take the pain, and the steps, to make things work.

I know no greater joy than to play music, tell stories with my songs and make people happy. All my doubts and frustrations disappear when I start to sing. And those doubts come aplenty when you’re pursuing music in a daunting city like London!

Last March, I crashed another indie music showcase called “Sessions 58” in trendy Shoreditch. (Pinoy “kapalmuks” goes a long way!) A single performance led me to more opportunities to perform in other places around the United Kingdom. I’ve been here the past couple of months, and as I publicly declared during my “Ruby Sings set,” “I love, love, love, hate, love London!”

There is, indeed, much to do in this city: Overdose on art, culture and history; meet the most interesting people; enjoy being alone with your thoughts during your daily commute.

It can also be extremely tough, expensive and lonely. London has taught me the value of the things that I took for granted back home: being surrounded by loved ones; having the comforts of living in Manila (my yaya’s daily TLC is what I miss the most, next to my dog Daisy, of course); and the relative ease of getting things done—there’s always someone a phone call or text away to lend you a hand.

My friends ask me how long I am staying here. For as long as I am booked for shows, I’m sticking around. What started as a leg in my self-produced gig tour has now unfolded into a journey of surprises.

I’m so grateful there are people who believe in me enough to make my stint here possible. Notwithstanding discomfort and day-to-day struggle, I am still in one of the greatest cities in the world, following a dream.

Kate is also hosting and singing at “Calm After the Storm,” a benefit dinner commemorating the first anniversary of Supertyphoon “Yolanda,” Oct. 17 at The Savoy Hotel (e-mail Charlene Ching, [email protected]).

Purchase her album “Long Overdue” at Astroplus/Astrovision stores this weekend and receive a free KTFan, an anniversary souvenir. Post a selfie with it and hashtag #KTFansAroundTheWorld to be featured on @katetorralba on Facebook, Twitter and Instagram. The album is also available at select music stores, on iTunes and Spinnr.ph via MCA Music Inc. Special thanks to Finest Workers UK, Raimund Marasigan, Trey Farley, Sessions 58, Element 79 Management and the Wonder Foundation.