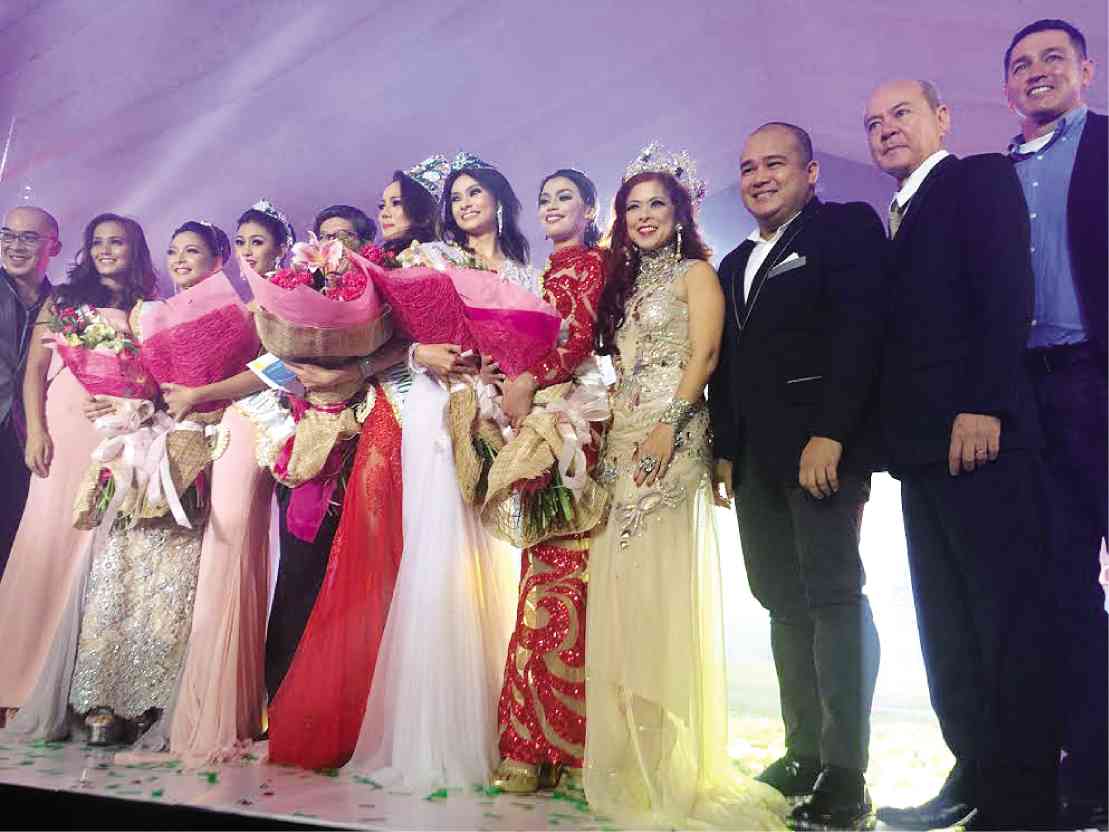 From showgirl to dragon princess to walking artwork

Transforming myself from a Moulin Rouge showgirl to a dragon princess to a walking contemporary artwork and finally into a crowned beauty queen has kept my weekend extremely busy.

It all began at the opening of Strip and Browhaus at the SM Megamall Fashion Hall. I hosted the launch dressed as a cancan dancer from the famed Parisian nightspot, complete with feathers and gold lashes.

Strip is the first international waxing boutique, while Browhaus is the original, one-stop, brow- and lash-grooming salon. The former started in Singapore over a decade ago, followed shortly thereafter by the latter, and they are now worldwide phenoms in all major cities, including Manila. One might say the two salons focus on body hair that regular hair salons don’t necessarily attend to.

Tab Abad, managing director of Harem, Inc., the owners of the local Strip and Browhaus, thanked the guests and customers who have patronized their five other local branches over the past six years. Celeb guests included Liz Uy, Antoinette Taus, Vanessa Matsunaga, JM Rodriguez, Andi Manzano-Reyes and Rep. Em Aglipay.

The next event was even more fun, as I dressed up as a dragon princess as one of the judges of the cosplay champions at Hero Face Off 2014’s Best of Anime category. This is my third time to judge, and the incredible costumes just get better every year.

The Hero Face Off Grand Champions, Kids Squad and League of Heroes all took home cash and prizes. The successful event at SMX will have a one-hour TV Special on Oct. 4 on the Hero Channel.

From anime I transformed into artwork, donning a blonde Afro wig and a geometric-style dress. This was for the opening of “Met Open 2014,” a benefit exhibition of over 200 works, all on display at the Metropolitan Museum of Manila.

“Met Open 2014” is ongoing until Oct. 4, and the amazing works in various art forms are wonderfully displayed in the sprawling museum where the public can admire and buy them. The range of art is amazing, including paintings, sculpture, ceramics, art installations, video and photographic works.

The benefit exhibition is curated by art scholars Dr. Patrick Flores of the UP Vargas Museum; Dannie Alvarez of the Yuchengco Museum; Yael Buencamino of the Ateneo Art Gallery; Joselina Cruz of the Museum of Contemporary Art and Design of the College of Saint Benilde; and Cid Reyes, renowned author of art books, scholar and art critic. Proceeds support the Met, so it’s all for a good cause.

The Met is also having a fundraising dinner on Oct. 14, the Met Fete 2014. This benefit focuses on the museum’s exhibitions, education and outreach programs. Met Fete 2014 will be a celebration of vibrant artistic and cultural ties between France and the Philippines. The affair will give attendees a chance to preview artworks of Filipino painters who have lived and worked in France, from the 1940s up to present day, as well as French artists living in the Philippines.

That evening will also be the launch of Semaine Gastronomique, organized by the French Embassy. Isabelle Garachond, the French Ambassador’s wife, is honorary chair of the Met Fete. For inquiries on Met events, call tel. 7087828 or e-mail [email protected]

After all that, I took a breather from the costume changes, and dressed “normally” for the Rémy Martin appreciation dinner at the ultra-exclusive Genting Club at Resorts World Manila. That night was also the launch of the Rémy Martin Club, an exclusive cognac specially blended for gentlemen with discerning tastes.

James DuVivier and Noel Sebastian of Future Trade International were joined by Patricia May Siy of RWM to welcome all the dinner guests.

Smooth and opulent, Rémy Martin Club is a cognac reserved for the most discerning gentlemen. Joey Pineda, commercial manager of Remy Cointreau International, told me that this intense and complex cognac is ideal for bold men who want to make a statement.

But the boldest men with the boldest statements were to be found at another event: The Naked Truth, the biennial Bench Denim and Underwear Show. This year’s ab fest was a glorification of the perfect human and woman, at least from a physical point of view.

As always, Bench visionary Ben Chan brought in a spectacular roster of show biz hotness and another 120 models from all over the world. The Naked Truth was truly a world-class extravaganza with the collaboration of international production houses like the Cirque du Soleil and Geodezik Graphic Studio, the outfit that does videos for Beyonce. Between all the abs-flexing, strip-teasing moments, the incredibly flexible and amazing acrobatic performances of Les 7 Doigts delighted the packed audience at the Arena of MOA.

Personally, I loved the show in its entirety. Ben has been a friend for many years and he is one person who truly knows how to entertain. I’m already looking forward to the 2016 show!

The end of my busy week was a delightful affair as one of the judges of the Miss Casino Filipino, Pagcor’s annual celebration of Filipino beauty. I chatted beside fellow judge, lawyer Jorge Sarmiento, president of Pagcor, as we admired the Pinoy talents from all over the country each with their chosen advocacies.

I dressed up in beauty queen mode, wearing a gold gown by talented fashion designer Amir Sali, and a matching bejeweled crown by Mark Shandar. It was wonderful to feel like a beauty queen, even for a brief moment.