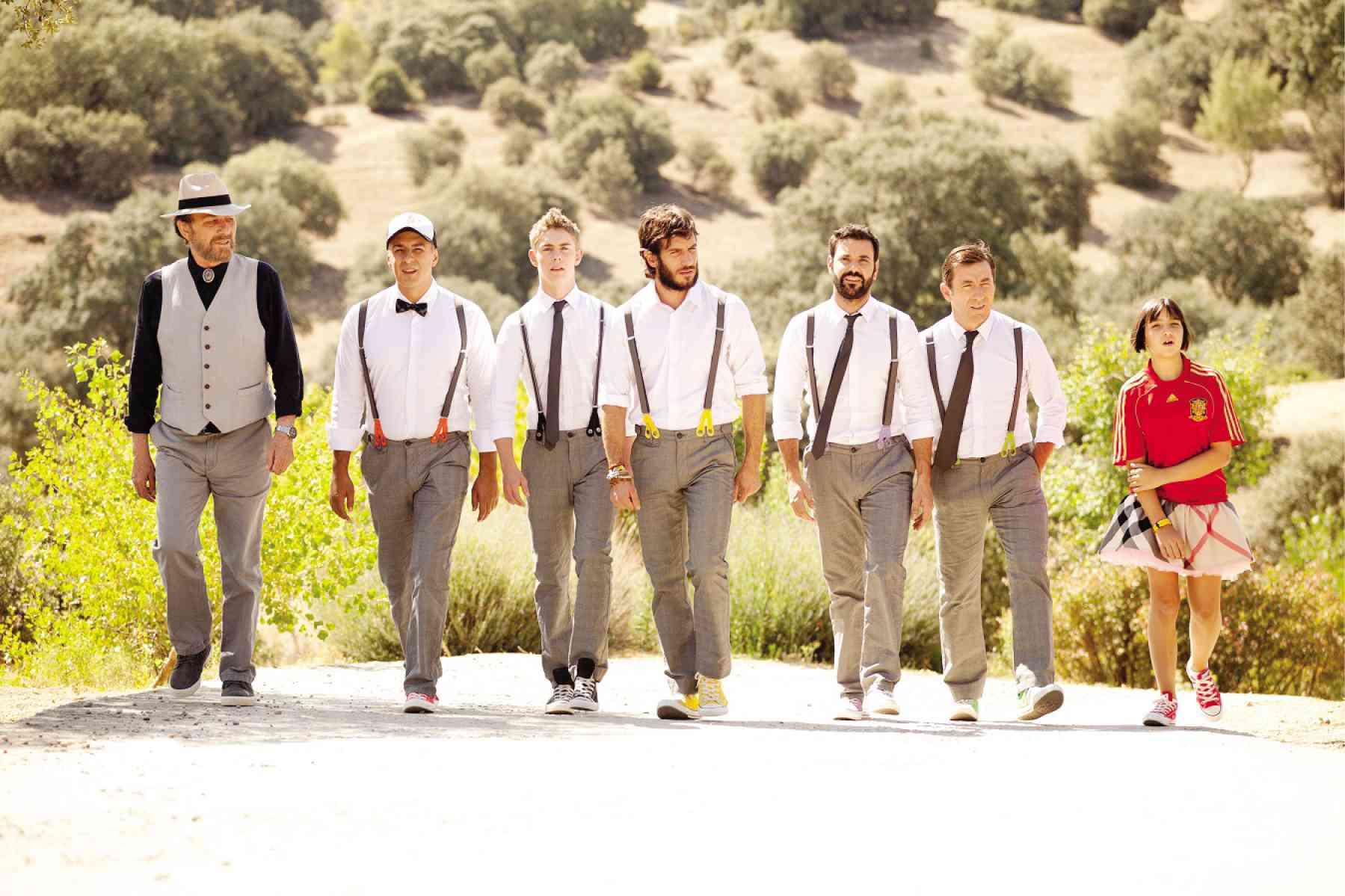 Summer time. And love is in the air. Ephraín (Patrick Criado) and Carla (Arantxa Martí) are to be married on a sunny day in July in a beautiful garden. The stunning and obviously pregnant bride is preceded by enthusiastic dancing down the aisle by the groom and his father (Héctor Colomé), the maid of honor and bridesmaids.

Carla almost forgets what she wants to say to the expectant crowd, and this encourages the maid of honor Mónica (Sandra Martin) to help, but she inadvertently shows her feelings for Ephraín. At this point, the father, who has heart problems and has never recovered after his wife left him, keels over and has to be given emergency care. The wedding is delayed.

Summer time. And fútbol (soccer) is in the air. The Spanish team with favorites Casillas, Puyol and Iniesta are in the Soccer City Stadium in Johannesburg, South Africa, for the finals of the World Cup. Because fútbol is not only a Spanish pastime but an obsession, Ephraín and Carla set up a big screen in their wedding garden showing a satellite feed of the match so everyone could follow the game, as the wedding proceeded. It is in this ambience then, that the story (or stories) unfold/s, not only about the two young almost-married couple who were “betrothed” since they were school children, but also about the many entanglements of the heart of the other brothers of Ephraín, including their own father.

Ephraín, the voice we hear at the start of the film, is the youngest in a family of five boys. His father is enamored with the Hollywood MGM movie, “Seven Brides for Seven Brothers,” so he named his sons after the alphabetically and Biblically oriented characters: Adán (Antonio de la Torre), Benjamín (Roberto Álamo), Caleb (Quim Gutiérrez), Daniel (Miguel Fernández) and Efraín. Even the daughter of Adán was named Fran (Sandy Gilberte) to follow the alphabet’s sequence. Each brother has his own peculiarity: Adán is dealing with chronic depression, and needs his medication to function well. Ben is a simple, affectionate soul who lends the story not only its humor but a lot of tenderness as well, especially when he remembers his favorite childhood food, “quesitos,” a kind of creamy cheese in small packets. Caleb is a doctor who left for Africa and is working among the Masai, leaving his girlfriend Cris to fend for herself, and to learn the lesson of choice. Daniel is the pacifist, who wants everyone to be happy, but at the cost to himself. The father, too, is a personality, refusing to be brought to the hospital for his serious heart ailment.

What secrets are hidden among these interesting and sometimes inscrutable characters? What is to become of the love triangles among close friends, and even brothers? And what emotional but explosive truth is Caleb running away from?

We all rejoice in the World Cup triumph of the Spanish team, and like a contrapuntal melody that is intimately intertwined in the story line of this movie, the victory in South Africa provides a parallel reality to the lives of the five brothers. Will they, as a family and as a team like the Spanish players at the World Cup, be able to work together to defend their goals and aspirations?

The movie had been nominated in many categories in the prestigious Goya awards, and Robert Álamo won as Best Actor, and Josh Rouse received the Best Original Music for a Movie award for his song “Do you really want to be in love?”

“Family United” may be a comedy, but it has many dramatic turns, making it such a delight to watch. The revelations will certainly enchant the viewer, and in the end, we discover that indeed, in love, as well as in fútbol, the goal/“gol” always matters.