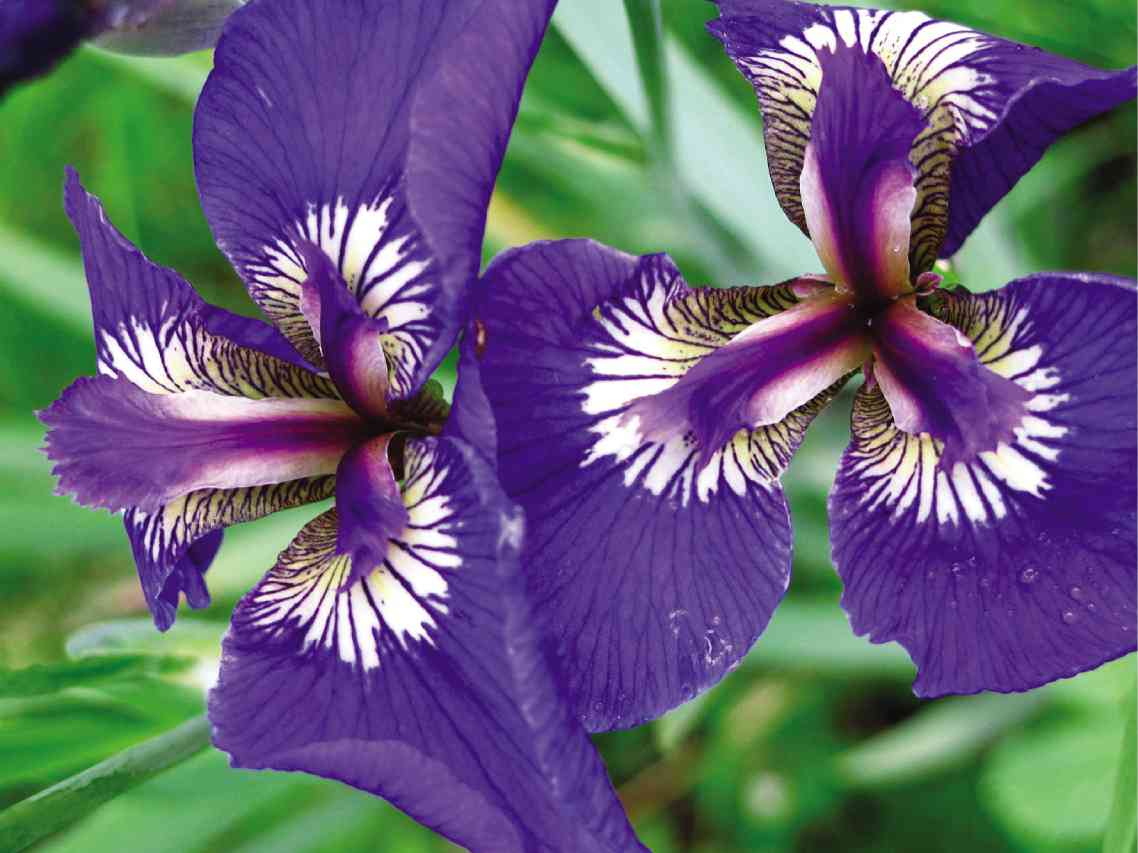 WILD iris is said to connect to the Source.

The healing power of flowers

Michael, an American businessman, went to chiropractor-physician, homeopath and botanist Brent Davis, complaining about tensions in the shoulder, neck and jaw and sleepless nights. Instead of adjusting the bones and the spine, Davis, a proponent of floral remedies, realigned his energies.

Michael revealed that in the past two months, he had a falling out with his business partner who had duped him. Although Michael took to breathing therapy and meditation, he was still angry and stressed.

Davis had developed a method of diagnosing the patient’s emotional ailments through bodywork and a special procedure to find the right flowers that could heal the patient’s soul. He customized a blend of floral essences whose vibrations would neutralize Michael’s negative attitudes. A wild flower, Joe Pye (eutrochium), whiffs frequencies that dissolve the tendency to attract exploitation, fear of annihilation and build self-confidence. The Goldenseal (Hydrastis canadensis), a medicinal herb, removes the attitude of blaming and feeling victimized. Claytonia, a rosette-forming plant, was a treatment to promote forgiveness. Michael had to learn to forgive himself for his mistakes.

Davis says special flowers “protect, transform and uplift.” When the right floral essences and their vibrations are dispensed, they “overwrite the internal ‘error messages’ on the patient’s mind. Obstacles are removed, and the next step in their life opens much more readily,” he says.

He developed the FlorAlive healing through a dream. It revealed to him a special apparatus that would enable him to draw the energies from the flowers without harming them as they remained uncut and beating with life. He has since been traveling to the Andes mountains, the Peruvian jungles and the wilds of Canada, and is researching on wild orchids in the Philippines.

“Flowers behave in one way similar to satellite-receiving dishes. Their geometry, colors and spatial relationship to the earth determine the kind of frequencies they can ‘download.’ Frequencies they absorb—huge amounts of coherent information that are influenced by where the flower is growing—are stored in semicrystalline moisture in the surface of the petals,” says Davis.

“By not cutting the flowers when they are extracted, their highly coherent and aligning frequencies are maintained. The maximal transformational power is transmitted to our body, delivering the greatest healing possibilities.”

The floral energies are stored in concentrated drops that are added to the drinking water. As the individual consumes the blend over time, the energies of these flowers will erase the emotional trauma that has been buried in one’s memory track.

“This stored upset is directly responsible for the negative self-talk that plays continuously in our subconscious—the stored memories of emotional trauma we all carry. When it is removed by pure frequencies from uncut flowers, we have a new and positive outlook on life. We come into the more harmonious alignment with the internal, and that naturally activates the positive law of attraction,” he says.

FlorAlive consists of three processes that clear out negativities in the subconscious: removing the deep-seated hurts; enabling the ability to receive, which was blocked by the trauma; and unlocking the potential that has been hindered due to one’s inability to receive.

After three months, patients have reported enhanced self-esteem, better job and earning opportunities; unhealthy relationships are replaced by harmonious ones, adds Davis. By taking these drops, people find tranquility in the midst of severe challenges.