If these stones could talk | Inquirer Lifestyle ❮ ❯ 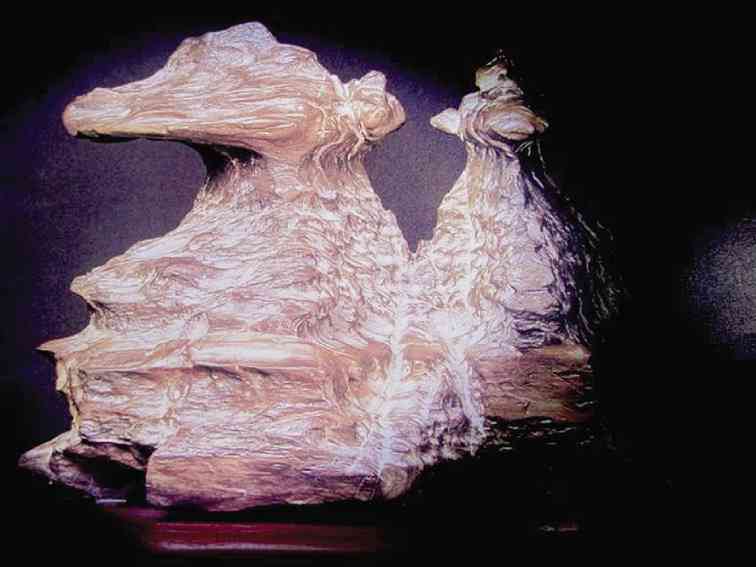 If these stones could talk

Suiseki is a Japanese word which means water (sui) and stones (seki). It is derived from the word sansui-seki, which means stone with a total landscape or scenery, or depiction of an object, such as animal, plant, popular person or figure and the like. It originated in China and was introduced in Japan by the Buddhist monks in the 15th century.

Also known as rare mountain stone, suiseki is often used as a complementary object for bonsai; sometimes, it is the bonsai that is used as secondary object if the suiseki is really very valuable. Just like diamonds, suiseki is becoming sophisticated. An avid collector has to hire an expert appraiser with an instrument such as a magnifying glass to know its real value and to see if it has been tampered with or imitated, for a fake Suiseki may be possible. A Korean suiseki expert lists the following consideration in evaluating a suiseki stone:

Jet black is the preferred color.

It should be heavy, compared to stones found in the area.

A natural gloss shows that it has undergone strong rains, strong winds and sand brushing for thousands of years.

The stone may be of any color provided it depicts vividly a natural form or shape such as an animal, flower or scenery without adding wood or any material to make it look like a desired object.

Suiseki stones will be displayed alongside bonsai collections by members of the Bonsai and Suiseki Alliance of the Philippines, Nov. 13-23, at Quezon Memorial Circle, QC.

With the theme “Ancient Arts in Modern Times,” the Ikenobo Ikebana Society of Manila will display some 30 Ikebana floral arrangements, and the Cactus and Succulent Society will put up Xerophytic landscaping as well as a collection of succulents.

In commemoration of Quezon City’s 75th Anniversary, the show will be open free to the public.