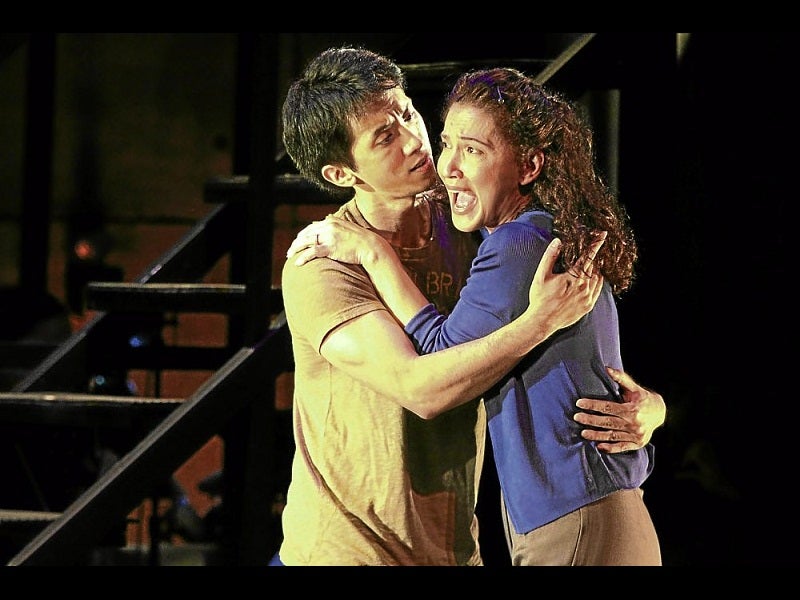 Bea, Felix, Markki –next to awesome! 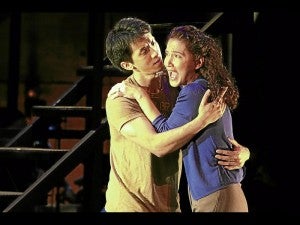 A friend sent me this message upon his return from New York last year: “‘Next To Normal’ is a must-see. I’ve seen it four times. I enjoyed it so much. You’re going to love it.”

He had one more reminder: “Do not Google the plot.”

“Next To Normal” is a rock musical about a bipolar mother’s struggles and how her family tries to cope with her mental illness. The show, with music by Tom Kitt and book and lyrics by Brian Yorkey, won the 2010 Pulitzer Prize for Drama and three Tony Awards.

Months later, I found myself sitting inside Broadway’s Booth Theater. The show was so moving that after it, my friends and I refused to leave until we had the chance to meet the cast.

We waited outside the theater—in the coldest night of the year. Our persistence paid off; we got to tell the show’s final Broadway cast (Marin Mazzie – Diana Goodman; Jason Danieley – Dan Goodman; Meghann Fahy – Natalie Goodman; Kyle Dean Massey – Gabe Goodman; Adam Chaneler-Berat – Henry; and Louis Hobson – Dr. Fine/Dr. Madden) how much their performances touched us.

Months later, after the Broadway production closed, we got the great news that Atlantis Productions was staging it, to be directed by Bobby Garcia, with Menchu Lauchengco-Yulo as Diana, Jett Pangan as Dan, Felix Rivera as Gabe, Bea Garcia as Natalie, Jake Macapagal as Dr. Madden/Dr. Fine, and Markki Stroem as Henry.

My friends and I bought front-row tickets. We cried while watching the show—and when I say cried I don’t mean tearing up. It was a painful kind of sobbing.

We weren’t the only ones. “Next To Normal” had a very successful first run; RCBC Plaza’s Carlos P. Romulo Auditorium was packed in the 13 shows earlier this year.

This weekend, it returns to RCBC for a limited second run (until Oct. 16). The original cast will be back for 10 more shows.

Lifestyle sat down with the theater actors who play the kids of “Next To Normal” to talk about their show, their roles and why they think Filipinos should watch this musical.

How did you get this role?

I prayed. (Laughs) We were called to audition during the big storm after “Ondoy.” There was a big blackout. It was pretty intense.

How did you find out you got it?

We were going to have pictorials for “Xanadu.” I got a message from Direk Bobby. “Can you please bring blue hoodies? And can you please come 15 minutes before call time?” Sabi ko, hoodies? But I didn’t want to assume. I saw Felix online and I said, “Hi, Felix, what time are you called tomorrow?” Sabi niya, “I’m gonna be there around 9:45.” Di ko napigilan, sabi ko, “Did he ask you to bring hoodies?” And he said, “He asked me to bring a certain set of shirts. What is this? What is this?” So I went online and looked at the pictures of the Broadway production, tiningnan ko kung naka-hoodie ba si Natalie! (laughs) Nakakatawa. The next day, we were told na.

Tell us about Natalie.

I’m the dysfunctional child. Having to deal with her mother’s sickness has put her through a lot.

How can you identify with your character?

I can identify with her because when you’re that age, you think your problems are the worst in the world. Everything’s blown out of proportion. I went through that, too—but I had my parents’ support. She didn’t, and she copes in a very negative way.

Bobby Garcia said the success of the first run was unexpected.

For us Filipinos, there’s a stigma attached to mental illness. Even going to a therapist or psychiatrist, people will look down on you.

I didn’t think people would appreciate the show as much as they did. More than anything siguro, it’s because it’s about family, and we’re very big on family. May ni-retweet akong tweet na parang she was saying, “This show is everyone’s story. In one way or another, you’ll find yourself in it.”

What do you think people love so much about this musical?

“Next To Normal” has always been regarded as the feel-everything musical. You will feel all kinds of emotions, and that’s rare. In shows, it’s all laughter or sadness, but here there’s confusion, there’s shock.

Why should people watch “Next To Normal?”

Because it will blow your mind. (Laughs) It’s a one-of-a-kind musical. Musicals like this don’t get staged all the time in the Philippines. It’s a great opportunity for us to tell this story.

I would love to do Eponine. And Millie from “Thoroughly Modern Millie,” except I need to learn how to tap. And yes, Cathy of “The Last Five Years” is one of my dream roles. 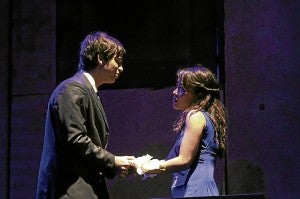 I have a soft spot for street children. As much as possible, I pick a charity every year and do something for them. I have a dream of bringing theater to the less fortunate. We have this show called “Happy Prince” and sometimes we bring it to communities who can’t afford to buy tickets. To hospitals, to sick children. It’s always been a dream of mine to expand the audience and take theater to people who couldn’t afford it, because theater is such a good medium to move people into action.

How did you get this role?

I auditioned. At first there were just rumors that “Next To Normal” would be staged here. I actually took up the soundtrack in my voice lessons in New York, just in case. Everybody was so prepared. You could see everyone who auditioned could really do the role. Our mind-set was, whoever gets the part, the show will be in good hands.

I’m the son of Diana, the lead in the show. I’m the most supportive of all family members. I support my mother all the way through. And I’m the favorite.

In which ways can you identify with your character?

Gabe tries to be an ideal son to his mother. And I think I can say the same thing for me. I try to be the ideal son. On the other hand, Gabe’s pilyo, he’s a little naughty when it comes to his sister and father. I’m not that. With my siblings, I’m super close. I never compete with them. There’s no sense of competition in our family. The siblings are best friends.

What do you love about your character?

Why do you think people love this musical?

It’s a funny thing. Some people have said, “I can’t watch this show again,”  then you see them the next weekend. Number one, the music. The music is just awesome, it’s very powerful. I remember the first time I heard the trio with Diana, Dan and Gabe, it really captures you. Of course, the story. The theme of family and, most of all, the theme of coping.

Why should people watch “Next To Normal?”

It gives you perspective. You think you have the worst life in the world? Watch “Next To Normal” and you’ll feel better about yourself.

“The Last Five Years.” It’s not viable in Manila but I would love to do that show.

Food, I love food. And one big wish for every theater actor is for the country to realize that theater is a form of entertainment that is approachable. Or that it exists. As Tito Jaime [del Mundo] would say, “If you want to watch IMAX, watch theater. No need for 3D glasses, 3D na!”

Previous productions: “Charlie and the Chocolate Factory,” “Babes in Toyland,” “The Wiz,” “The Apple Tree”

I auditioned with Bea. I think I was the last to audition and I was fortunate enough.

I’m this happy-go-lucky, ADHD stoner who is completely in love with Natalie, the daughter of Diana, the main character. He wants her to be happy. He’s probably her first love in high school and he just wants to make her happy.

In which ways can you identify with your character?

I have ADHD. I was diagnosed very recently—after the first run. I was like, “I relate to this guy in a lot of different ways.” I had myself tested and, yes, I am ADHD officially. But it’s helpful because people with ADHD have this creativity that they want to really release.

Why do you think people love this musical?

Because so many people can relate. I have a very good friend who watched it, and I did not know when she watched the play that she was bipolar. She was touched by the play in so many ways. People are getting to know mental disorders more.

Why should people watch “Next To Normal”?

Great music, great story line. I’m acting with some of the best theater actors in the Philippines. Menchu Lauchengco is a reason to come watch.

I have a lot. Roger in “Rent.” “Spring Awakening,” Melchior. “Wicked,” Fiyero. I want to do “Summer of ’42.” I like doing something different, out of the ordinary.

I work in a chem lab part-time. Qualibet Testing Services. We test water, food, pharmaceuticals, cosmetics, veterinary products to see if they’re safe and healthy. I’m in sales. I love music and marketing’s my other passion. Selling is all about getting to know the people you’re selling to. It’s like acting, at the end of the day.