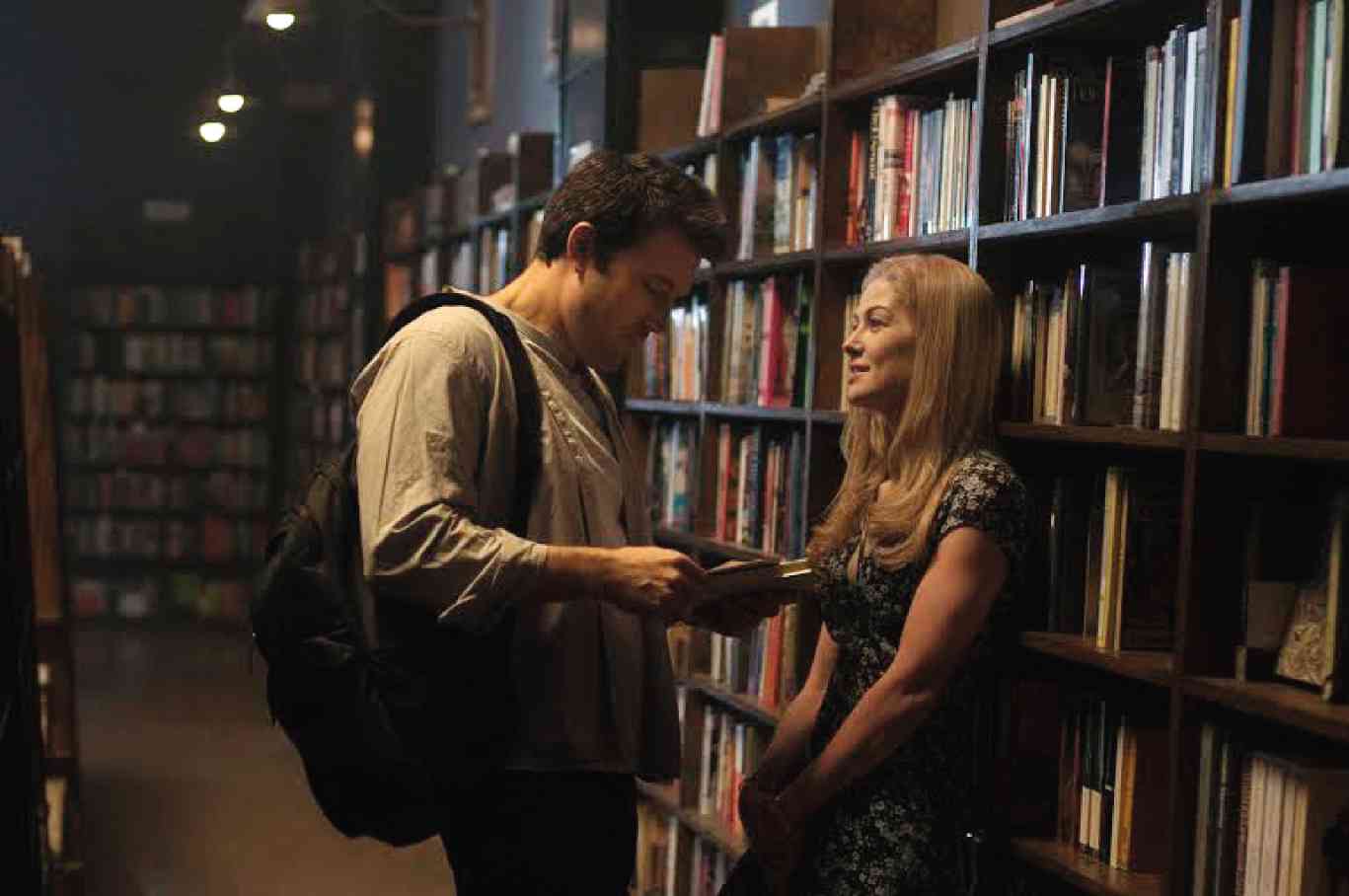 When we first encounter Nick Dunne and Amy Elliott, they have just met and seem perfect for each other, falling in love almost instantly.

But in the next scene, the day of the couple’s fifth wedding anniversary, Nick—a down-on-his-luck writer who’s now a bartender—comes home only to find that Amy has gone missing. What follows is a search for Amy as suspicion falls on Nick. Then, major craziness happens.

At a time when almost every movie is an adaptation of a novel, a comic book or even a video game, it means something when fans of the original material look forward to its film version. This is very much the case with 20th Century Fox’s “Gone Girl,” which has the immediate advantage of having superior base DNA.

It’s because the film is based on the 2012 novel of the same title by Gillian Flynn. Fiendishly original and gripping, the novel attracted a fervent following.

Faithful to the novel

The first thing the fans need to know is that the screenplay is not only written by Flynn herself, but is extraordinarily faithful to the novel. Flynn has kept her book’s patent twists intact and just streamlined the narrative for the big screen.

“Gone Girl” even manages to keep a surprisingly high number of the novel’s most memorable lines, mixing tension and dark humor in this affecting portrait of a thoroughly modern marriage.

Part of what makes “Gone Girl” so highly anticipated is the level of talent gathered for the film. Aside from Flynn as screenwriter, the film boasts an accomplished director in David Fincher. With a filmography that includes 1995’s “Se7en,” 1999’s “Fight Club” and 2011’s “The Girl With the Dragon Tattoo,” Fincher brings a trademark edginess as well as confidence to handle popular properties.

True enough, Fincher carries out the operation of “Gone Girl” with cold precision. The dark beats go on and on, the director enabling and empowering the trickster narrative embedded in Flynn’s novel.

The resulting work is like a shiv coated in sugar, sweetness hiding the dirt within.

Ben Affleck is better known for his directing prowess than his acting, but his turns in films like 2010’s “The Town” and 2012’s “Argo” shows he may actually be underrated. This is the case in “Gone Girl,” as Affleck is perfect for the male lead role. His take on Nick works his smugness into a subtle instrument, highlighting both the desperation and the nobility in a schlub and a schmuck thrust into the limelight.

The film’s most brilliant and bracing turn is Rosamund Pike’s as the troubled wife and the titular gone girl Amy. Pike’s icy onscreen presence has been fleshed now and then in films like 2002’s “Die Another Day” as Bond girl Miranda Frost, but it has never been harnessed or honed as it is here.  In the right spots, it smolders instead, as Pike delivers a performance that’s all sharp corners and edges.

An inordinately large amount of the film’s depth falls on Pike’s shoulders and she dazzles with what should be an Academy Award-nominated performance. If you didn’t know who Rosamund Pike was before watching “Gone Girl,” you certainly won’t forget her after.
Rare adaptation
There are also strong contributing performances by the rest of cast such as Carrie Coon as Nick’s twin sister Margo, Kim Dickens as Detective Rhonda Boney and, in a particularly memorable turn, Neil Patrick Harris as Amy’s old boyfriend Desi Collings.

Those familiar with Fincher and Flynn’s work would then not be surprised at all that “Gone Girl” is both greatly graphic and extremely violent. Don’t say we didn’t warn you. This is a very adult film, unapologetically so.

This is also one of those cases where prospective viewers don’t have to read up prior to watching the film. In fact, we should be envious of those approaching the film without any knowledge of the book because “Gone Girl’s” ability to surprise will be at full tilt.

One of the year’s best films, “Gone Girl” is a rare adaptation that should satisfy rabid fans as well as new viewers with its ingenious narrative, terse visuals and potent ensemble acting work in a vivid, vicious reflection on how the worst marriages can be murderous.