‘Chicago’ and all that jazz in Manila | Inquirer Lifestyle ❮ ❯ 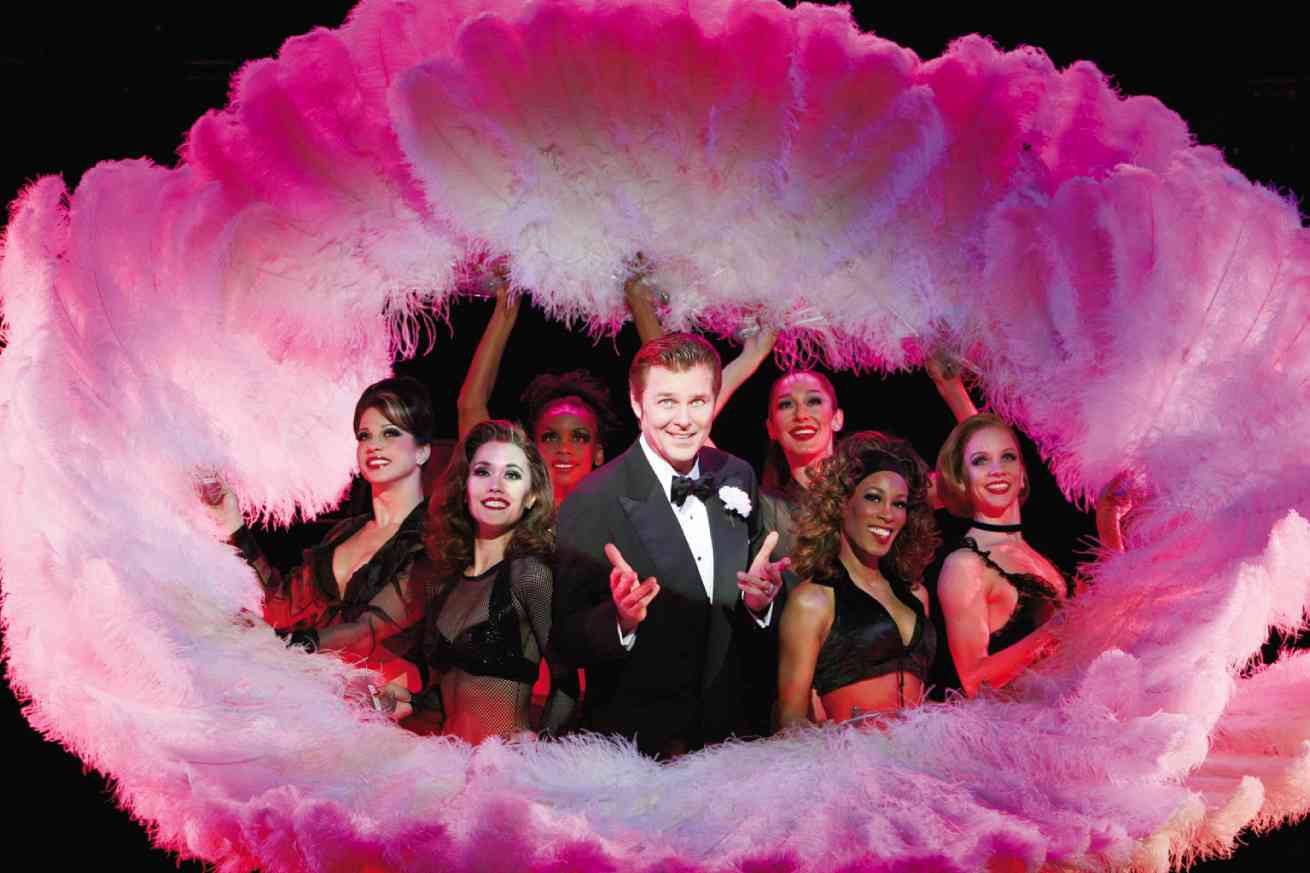 ‘Chicago’ and all that jazz in Manila

Manila will get a big dose of razzle-dazzle when “Chicago” opens its limited season in December.

“It is, without a shadow of a doubt, my favorite musical,” said James Cundall, chief executive of Lunchbox Theatrical Productions, the company that brought “Cats,” “Phantom of the Opera,” “Mamma Mia” and “Wicked” to the Philippines.

“I get to see a lot of incredible musicals, and for me to say that it’s my favorite is a biggie. But it truthfully is. It’s clever, it’s witty, it’s got great dancing, it’s comedic to the nth degree, it’s sexy, it’s sassy,” he added.

Set in the 1920s, “Chicago” tells the story of murderesses Roxie Hart and Velma Kelly, rival cellmates in Cook County Jail who share a passion for vaudeville and stardom. The musical is based on a play written by journalist Maurine Dallas Watkins after she covered the trials of Beulah Annan and Belva Gaertner for the Chicago Tribune.

“Chicago,” which features music by John Kander, lyrics by Fred Ebb and choreography by Bob Fosse (later updated by Ann Reinking in Fosse’s style), first opened on Broadway in 1975 and in the West End in 1979. The Broadway revival in 1996 won six Tony Awards, while the 1997 West End revival bagged two Laurence Olivier awards.

This November, as it stages its 7,486th performance, “Chicago” will become the longest-running American musical in Broadway history. The show has toured the world and has been enjoyed by over 20 million people in 20 countries.

An American cast is flying in for the Manila run—a first for Lunchbox. The company has previously flown in actors from Australia, South Africa and the UK.

“To bring a truly Broadway cast is a great joy for me, personally. The two leading ladies are true Broadway stars and I’m overjoyed that Manila audiences will get the chance to see performers of this caliber,” said Cundall.

Recently, Broadway veterans Bianca Marroquin (Roxie) and Terra C. Macleod (Velma) flew to Manila for the press launch at Solaire, where they performed three numbers from the show: “Roxie,” “My Own Best Friend” and “Hot Honey Rag.”

Marroquin, currently playing Roxie on Broadway, remembers watching the show on Broadway itself when she was 22.

“I saw Ute Lemper doing Velma and Karen Ziemba doing Roxie and I was sitting there going, I hope they can bring this show to Mexico… Never did I say, I hope I can be on that stage. I didn’t even dare,” she recalled.

She did end up playing Roxie in the Spanish production in Mexico. Six months later, she made her Broadway debut. To prepare, she said, “I would study the script in English during the day and do the show in Spanish during the night.”

But Marroquin wasn’t done with Broadway yet. She was asked to join the third national tour of “Chicago” and then she found her way back to New York.

“I grew up with Roxie,” she said. “Every time I leave the show and do another show and come back, I always have something new to offer Roxie. Everything changes in life—divorce, my mother passes or whatever, but the only constant thing in my life is Roxie, the only one who’s waiting for me with open arms is Roxie. And the only familiar place in my life is that dressing room, which is such a beautiful thing for me. It’s such a gift as a performer.”

“In 1999, I went to New York for a Christmas trip. I still have the ticket stub. I still have the original playbill. I saw Mamie Duncan-Gibbs and Sandy Duncan. At that time, I was so blown away and I thought, what do I have to do to do that?”

But when they were auditioning for the French company in Montreal, MacLeod was busy filming another project. “I said to my agent, ‘Just send the tape.’ And they said, ‘We don’t do tapes.’ I said, ‘Just send the tape.’ They sent the tape and I didn’t hear anything and then a month later, I got a phone call.  ‘Okay, they want to see you.’ So I flew down and, long story short, I got it. I cried because I knew my life would change. I knew it. Not every show gives you that. It started in ’99 and now we’re in 2014 and I still pinch myself.”

Marroquin has been playing Roxie for 13 years (more than 6,000 performances) while MacLeod has played Velma for 11 (“I think I’ve done at least 5,000 kicks,” she said.) but the show still feels fresh for the duo.

“It’s just an amazing script,” said Marroquin. “The music is so delicious and the arc of the characters is so complete. Our director would always say that it’s like the Olympics of the emotions, because we go through all the emotions there are. Plus we’re dancers, plus we’re singers, plus there’s comedy and drama and a little bit of everything. It’s just so hot to be in it every single time.”

Also, “everybody can relate to it because this is something that happens in every single culture, how people who commit crimes are sensationalized by the media and become celebrities. It’s a criticism of the system as well. It’s very interesting and it’s the smartest, most genius script. The show is very minimalist. You don’t have much going onstage. You don’t have a helicopter, a castle, nothing humongous like that, it’s just pure talent. We’re very grateful before the curtain goes up every night.”

MacLeod added, “I don’t think there’s many shows you can do as long. Because it’s so well-written, the actor in me always wants to discover more and more and more. It’s a joy to be a part of it.”