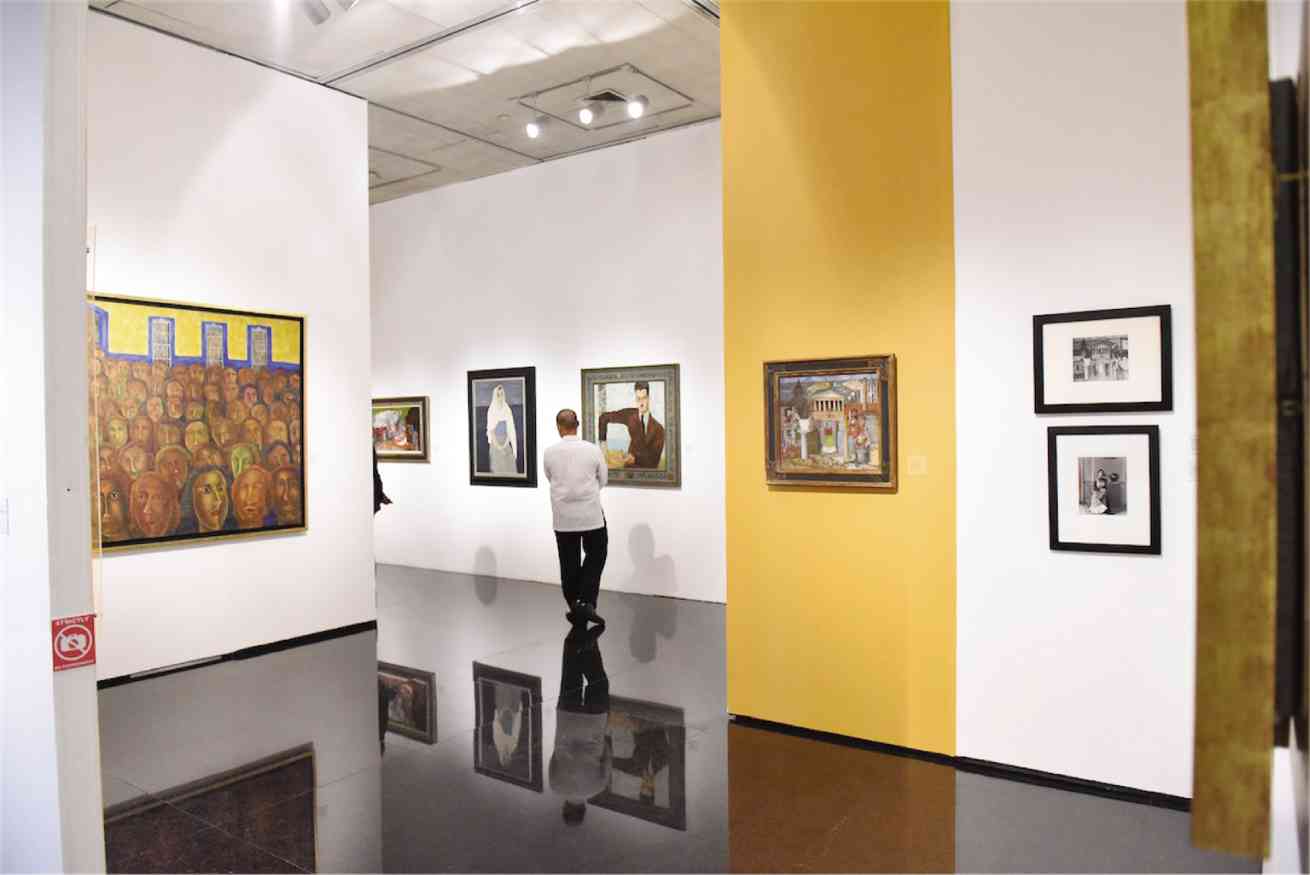 THE FEMSA exhibit (above) features 60 pieces by Mexican artists. “My Dress Hangs There,” by Frida Kahlo, 1933 (right)

Mexico: Fantastic Identity, 20th Century Masterpieces,” an exhibition of artworks by renowned Latin American artists such as Diego Rivera, José Clemente Orozco and David Alfaro Siqueiros, is now on display at Ayala Museum. The show opened Sept. 30 and will run until Nov. 9.

Get a chance to see an actual work by famous artists like Frida Kahlo and Antonio Ruiz.

Coming face to face with Kahlo’s “My Dress Hangs There,” knowing how the famous artist labored on that piece when she was in America, while not wanting to be there and missing her native Mexico, is a rare treat. It is the only collage in her entire oeuvre, and misses the usual subject and focal point of most of her paintings.

The exhibit features 60 pieces by Mexican artists, all brought in for the first time to the Philippines to inspire Filipino artists, students and art-lovers with the best of Latin American art and culture.

The Femsa Collection is considered one of the most important and extensive collections of Latin American artworks in the world. It includes more than 1,200 pieces of different disciplines of art—painting, sculpture, drawing, photography and audio-video.

Femsa has organized more than 100 exhibitions all over the world. From cities in Mexico, Argentina, Brazil, Canada, Columbia, Puerto Rico, Spain, the US, to the Philippines, more than six million visitors have seen the exhibit.

Femsa, a leading Mexican beverage company behind Coca-Cola Femsa, is the largest franchise-holder of Coca-Cola products in the world. Recently acquiring 51 percent of Coco-Cola Bottlers Philippines, Inc., it has become one of the leading foreign investors in the country.

“We are honored to bring the Femsa Collection to the Philippines for the first time, allowing us to further our goal of promoting education by encouraging appreciation for culture and the arts,” said Juan Ramón Felix, chief operating officer, Coca-Cola Femsa Asia Division.

“The Femsa Collection traveling exhibitions program has made it possible for us to share our artistic heritage with diverse communities, and we couldn’t be more grateful to Ayala Museum for opening its doors to us and letting us share with the Filipino community a little piece of Mexican art.”

The exhibit highlights the closeness of Filipino and Mexican culture and heritage, the Philippines having been under Mexico’s direct viceroyalty for 250 of the 300 years of Spanish rule. Femsa’s role as a bridge both in commerce and in culture for Mexico and the Philippines is strengthened through this exhibition.

“The influence of Mexican art in shaping the visual vocabulary of Filipino artists in the 20th century cannot be denied,” said Ma. Elizabeth Gustilo, senior director of arts and culture for the Ayala Foundation, Inc. “We thank Femsa for the opportunity to connect and to continue to learn from our shared histories and heritage through the comprehensive exhibition ‘Mexico: Fantastic Identity, 20th Century Masterpieces featuring the Femsa Collection.’”