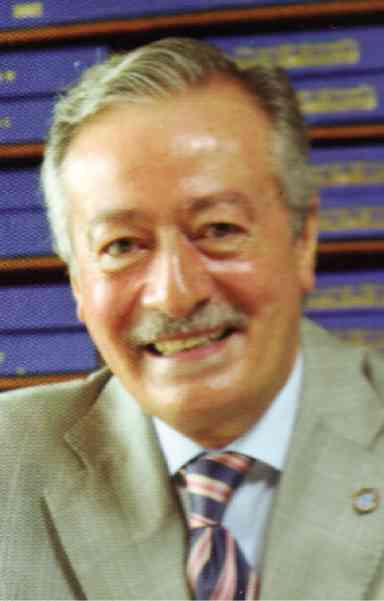 “My faith gives me power and I use it for good.”

Faith is probably one of the most used words to describe one’s belief in a deity. However, what is amazing is that a lot of people who claim they have faith do not live lives that are happy, content and harmonious.

They are usually chaotic and problematic, and only when they are in deep trouble do they call on their faith, which many times do not bring the results they desire.

Why does this happen?

To my mind, faith works when you realize it is also power; and that power is best tapped when one understands and accepts that the God I speak of is within each one.

This should be easy to accept, but this is not so, even if the Bible itself says the Kingdom of Heaven can be found within. It is only logical to assume that God is in His kingdom within. However, majority of people try to relate to a God “up there,” thus separating themselves from a God who is with us, which to me means a separation from our good.

Faith as power can be felt only through a personal relationship with that God, and what can be more personal than that which is within ourselves?

There are seven reasons why faith is important.

A personal relationship with the God within comes with the acceptance that every thought and feeling is recorded in the subconscious mind, very much like what we upload into our computers.

You upload fears like many people do and you are confronted with frightening experiences. Upload uplifting and feel-good emotions and happiness seeks you at every turn.

It is so simple and yet difficult to implement due to our orientation. It’s your choice. Either you give up your negative beliefs, or you never experience the joy you are seeking.

We are all creating our lives without being conscious that we are doing so. And it is only when we live in the awareness of the Presence within that we are able to stay vigilant about what we think, feel, say and do.

Yes, faith is power. Use it and you will see your life transformed for the better.

One of my favorite social climbers who is very close to Dr. Elenita Binay says, “I love dynasties and I am looking forward to the ultimate dynasty—Jojo Binay, President; Elenita Binay, First Lady; Nancy Binay, Senate president; Rep. Abigail Binay, Speaker of the House, with Junjun staying as mayor of Makati while training his children to be barangay captains, councilors and members of the Sangguniang Kabataan to complete the picture.”

If this trying-hard-to-be-a socialite person makes it to Malacañang, the palace will surely DIE-NASTY-ly.

José “Pepe” Rodríguez, considered by many as a truly charming gentleman, has just come out with a coffee-table book called “Front Pages of Philippine History (Primeras Paginas De La Historia de Filipinas).” Yes, Pepe is Spanish and is married to the very popular and talented portrait painter Lulu Coching.

In the crowd, I was introduced to Emil Yap, now the head honcho of Manila Bulletin. I ran into Rep. Baby Arenas, who is as glamorous as ever and who greeted me with a new moniker—“good boy-bad boy columnist.” She asked me who I was going to take a swipe at next. I was really tempted to answer, you, of course—but FVR was within hearing distance so discretion was the better part of valor.

I was happy to see that Celia Diaz Laurel, although a bit handicapped, was still looking alluring and captivating. She was accompanied by her super-talented son Cocoy. Also, the beauteous DJ Lopez was there, with Rustan’s Annie Lam; and my co-columnist Chit Roces, whose lilting conversation is always such a pleasure, with political analyst par excellence Vergel Santos.

Pepe Rodríguez’s “Front Pages” deserves to be on the front page of any publication. It is informative and easy to read. Its coverage starts with the Spanish-language press and ends with People Power Revolution I. Chapeau, Pepe. Felicitaciones!

Having a ball or two

Having a ball is really fun. Going to a ball is another story. There are so many balls in this country. I suspect the organizers are simply thinking of some excuse to organize a ball. The usual reason is to raise funds, but sometimes it is just simply to promote an organization.

The Philippine Cancer Society sponsored the Ten Best Dressed Women of the Philippines, but how much does the organization really receive at the end of the day? It probably would not match the value of the gowns worn by the winners and guests that night.

It was called a charity affair, however, so I humbly submit that if the women who attended this affair just wore their old gowns and donated what they would spend for new ones, the Cancer Society would prosper and, finally, probably succeed in eradicating the Big C.

Besides, I haven’t heard of anyone saying after attending one of these balls: “I really had a ball at the ball.” Most of the time, the real ball that people have is when they go out with friends to have dinner in a gourmet restaurant with excellent cuisine, lively conversation and heartwarming friendship.

That, to me, is having a ball—besides the two that Sen. Miriam Defensor Santiago has when she speaks.

Peninsula Manila was recently all in pink, subliminally reminding us that while we are in the pink of health, there are also those who may not be, specifically women with breast cancer. There are apparently many who have this situation in their lives.

I would like to let them know that it has been established by many oncologists that cancer originates from long-standing resentments. Women who attract this disease are those who feel they are not nourished enough with love. They aim to please even if they themselves have been unhappy about how they have been treated.

Husbands and lovers whose mates may be going through this process need to know that their partners are in want of lots of tender loving care.

The bar chow at the Peninsula was absolutely delicious and abundant; one didn’t have to have dinner after such a sumptuous fare. Sonja Vodusek-Vecchio was at her prettiest that night, especially after knowing that Peninsula had been chosen one of the Ten Best Hotels in the world.

Johnny Litton, who opened the auction, generously donated his professional fees to the cancer organization and told the very touching story of how he had to sell his home and Lalique collection to finance the expenses of his son’s medical treatment, which enabled him to extend the original prognosis of three months to three years.

“I would do anything for my children with no regrets,” he said.

He then passed the microphone to Tim Yap and Teresa Herrera, to start the auction of various items from the Peninsula and Estée Lauder to raise money for breast cancer.