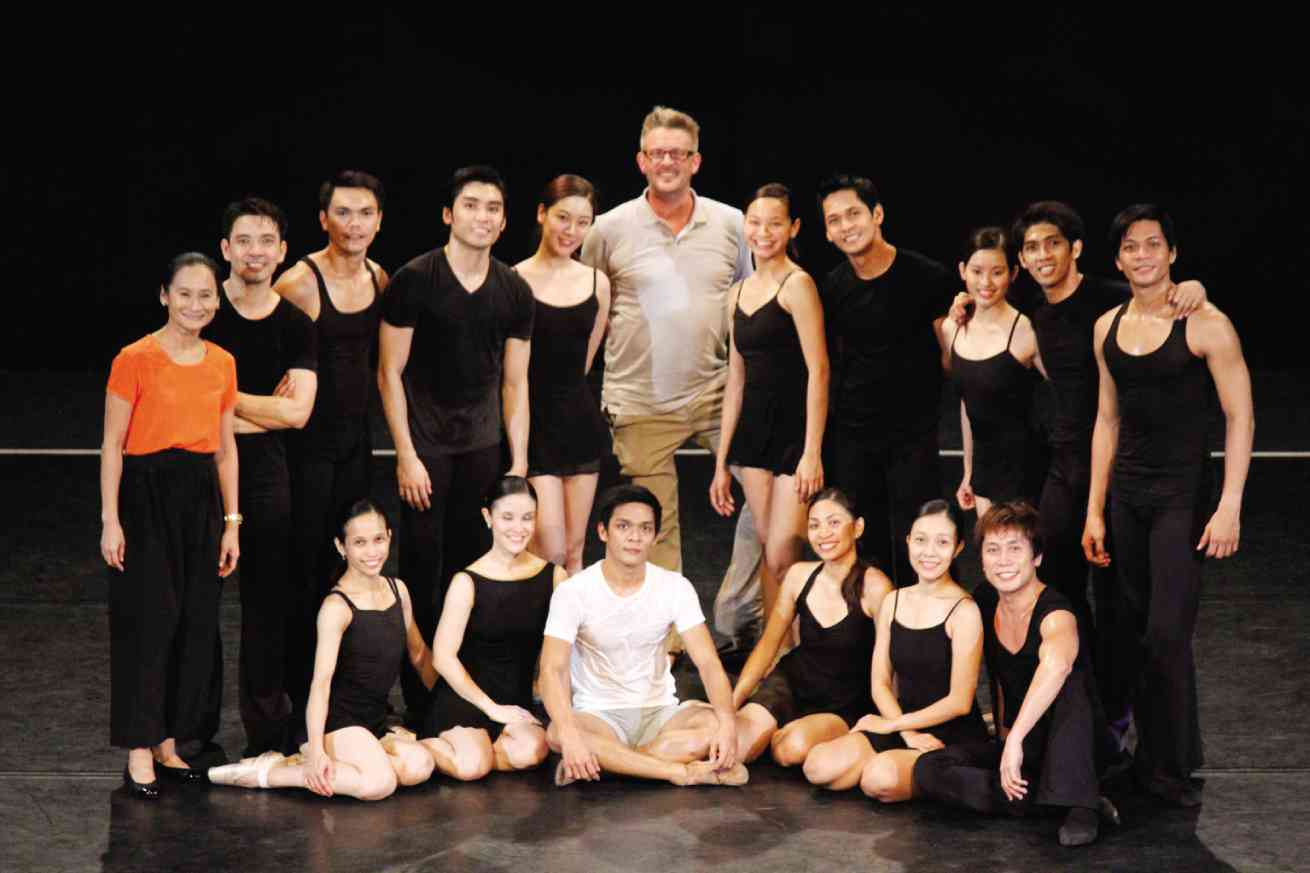 A solitary danseur in a gray costume is at odds with seven pairs of dancers in black.

The terseness of the breakaway danseur faces off with the group’s pompous displays of ego. Every movement of the soloist in gray feels influenced by impending rejection, opposition and glares.

In Philippine culture, which fosters conformity and resistance to change, the notion of iconoclasm seems arcane. Then again, Ballet Manila tackles this subject in “Misfit or Maverick,” a new piece choreographed by British choreographer Martin Lawrance.

Although the idiom is contemporary, the ballerinas are dancing on pointe.

“A maverick doesn’t fit in, but he develops his own ideas, wants to change things and do it himself,” said Lawrance.

The Soviet government branded his music as Westernized and estranged from the general public. He was sent to forced labor camp. After his release, Mosolov’s music adhered to Soviet sensibilities and was no longer avant-garde.

Lawrance saw the parallelism of the composer’s life and the choreography of an individual who wants to introduce changes but swims against the tide.

“Gerardo [Francisco] is in gray while everyone is in black, so you can see the clear division between a solitary figure and a community,” Lawrance said.

“Being a maverick, you can’t go off and do your thing. You need people with you and convince them that it’s the right thing. A maverick is someone who doesn’t conform to convention. Nowadays you’ve got to convince people that this is the way it should be,” he added.

The choreography shows the maverick dodging kicks and gets thrown by his opponents. Lawrance crafts lush ensemble patterning and weighty solos. The dancers execute Lawrance’s choreography that is ruled by a muscular style with curves and angles, spirals and winding of one dancer unto another.

Duets and trios differ in their emotional and physical qualities. A young and vulnerable couple prevent themselves from being influenced by the couple. A mature and wiser couple swoops to keep the group intact. An angry couple, the leaders of the pack, release their venom.

“Some couples try to poison the maverick’s thoughts,” said Lawrance. “But he has vulnerable movements when he shuts off and cries, ‘No! I’ve done too much or I haven’t done enough.’ When the group sections are loud, he shuts himself out and says, ‘I don’t want to do what you’re thinking. I want to do this.’ He’ll go into a little solo that is his voice coming out.”

The dance ends with the maverick’s solo on defenselessness. “They rebuke him, and he feels sorry for himself. Then he jumps to the audience. ‘I’m back!’”

In typical British humor, Lawrance likens the ending to the horror-comedy “Bride of Chucky.” “Just when you thought they’re dead, at the last minute, they’re alive again. There could be a ‘Misfit or Maverick 2: The Sequel.’”

Lawrance had nothing but praises for BM: “They’re fabulous. They’ve got so much to give. I’m at a stage where we can go somewhere. It’s about them getting to know me and me getting to know their strengths and weaknesses.”

Before his collaboration with BM, Lawrance performed in the Philippines in 1995 when he was touring with the Richard Alston Dance Company. As one of the principals, he was lauded for his long, rangy lines, lyricism and humaneness.

One of the greats

He credits Alston for honing his talents as a dancer and choreographer. Alston is touted as one of the great contemporary choreographers whose dances are imbued with soothing expressiveness, dynamic rhythmic and finely honed musicality.

His style is characterized by brilliant footwork influenced by Danish ballet, the constantly yielding upper body and sustained lyricism.

Despite Alston’s influence, Lawrance developed his own earthbound style. Still, like his mentor, Lawrance could bring out unpredictable moments in an action-filled dance section and pilot his audience into unconventional music and rhythms.

“There has to be a journey for both the audience and the dancers. That’s where I come from. I hope there’s a moment that is unclear in order for them to be clear,” Lawrance said.