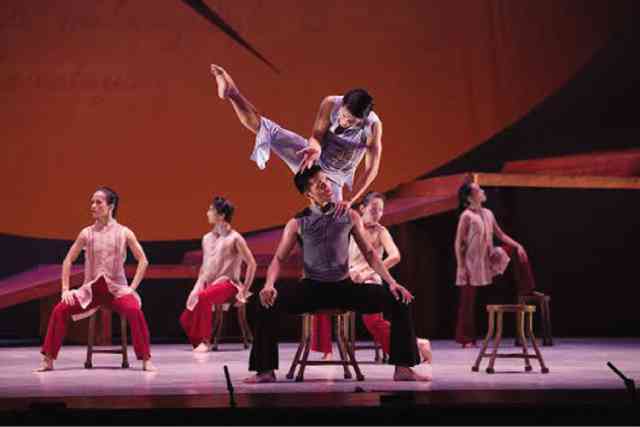 The case for the beatification of the saintly Bishop Alfredo Verzosa of Vigan (1877-1954) received a big boost recently with the musical play “Ang Pasyon ni Obispo Verzosa ng Nueva Segovia at Lipa,” written by Frank G. Rivera and directed by Joey G. Nombres, with music by Ato del Rosario. (It played at SM Aura, Bonifacio Global City, and then SM in Lipa City, Batangas.)

Known for his piety under trying times, the good bishop lived through the Philippine Revolution, the destruction of Lipa, Batangas, during World War II, and the miracle of the roses in Lipa during the late 1940s, which he supported at the risk of alienating his superiors.

The play is expressionist and effective. Rivera cast Verzosa (played by Dio Marco) as a retired elderly prelate facing death and reviewing his life in a series of dramatized flashbacks.

Narrative and action flowed smoothly. The set was minimal but the visuals were stunning, and the ensemble, clad in appropriate period costumes, performed with brio.

A young star is born.

He is Micko Laurente, age 9, who stood out in the Tanghalang Pilipino play “Kleptomaniacs” (Tanghalang Aurelio V. Tolentino, Cultural Center of the Philippines), directed by Tuxqs Rutaqio. Laurente sang, danced and emoted with an aplomb and confidence that belied his years. Acting honors also went to Nicco Manalo as Tabo, the protagonist in the rap musical, which demanded a lot from the ensemble.

The first act was a delight, with its music (Carlo Fria/Nina Virgin), choreography (Nestee Gamilla), and clever balagtasan (poetic joust) by playwright Lareta Bucoy. But Act II was over the top, like a teleserye, with the advocacy against corrupt politicians lost amidst much cursing and screaming. There was even a scene in which a mother spat upon her prone son. How un-Filipino.

And the simulated sex scenes, presumably to depict sexual degradation under the political dispensation, in the opinion of this prude, were inappropriate for the target audience of this rap musical—the youth sector.

The musical “Dani Girl” (The Sandbox Collective, directed by Toff de Venecia, RCBC Plaza Romulo Auditorium) is about a girl afflicted with leukemia who protests against her condition, and goes on an imaginary trip through the cosmos accompanied by a mischievous guardian angel (who plays many characters in this four-actor musical).

The play is imaginative, filled with tuneful music despite the dark theme, and ultimately moving. Virtuoso performances were rendered by the singing actors: Lorenz Martinez as the guardian angel (a scream at times); Reb Atadero (unrecognizable as the older patient); Sheila Valderrama who has a strong singing voice as the religious mother; and the star, Rebecca Coates, affecting as the young girl with cancer.

The choreography is modern, sharp and angular, kinetic. No lyricism here, in keeping with the theme, with Ryan Cayabyab’s throbbing, ethnic-inspired music adding to the tension. The choreography can be enjoyed for its own sake, but what gives the work its significance is the historic scenario.

One was reminded of Mabini’s words in his memoir “The Philippine Revolution”: “The Revolution failed because it was badly led.”

War in the Pacific broke out on Dec 8, 1941, with the bombing of Pearl Harbor, Baguio and Manila. This is the setting for the ambitious, in-your-face musical play “Filipinas 1941,” written, directed by and starring Vincent M. Tañada (Philippine Stagers Foundation, St. Scholastica’s College Manila). The music is by Pipo Cifra.

With its sound effects, doses of unexpected humor, singing, dancing and felt emoting, “Filipinas 1941” achieved its objective of entertaining and educating its target audience—students who know very little of World War II. The real heroes of the war, as the play pointed out, were the Filipino guerillas and not US General Douglas MacArthur (a character in the play).

Yet another musical (keep them comin’)—and a sung-through one at that—was Jason Robert Brown’s “The Last Five Years” (Romulo Auditorium, RCBC Plaza, directed by Robbie Guevara) about the five-year relationship between successful writer Jamie (Joaquin Valdes) and struggling actress Cathy (NIkki Gil), its ups and downs and painful end.

Gil was apparently chosen to play Cathy because, among other good reasons, she had just ended a five-year relationship with Billy Crawford! The unconventional manner of telling the story—it begins at the end, plus flashbacks and flashforwards—left some mystified. But the glowing performances of Gil and Valdes, emoting while singing, helped the audience absorb the musical roller-coaster ride of the clay.

“During the rehearsals, even the musicians applauded,” gleefully reported the proud stage father Tony Hila, an Inquirer music critic. The event also opened the 14th concert season of the MMCO.

Verdi’s “Rigoletto,” one of his most popular works, is a “feel-bad’ opera because of its tragic end, but it has glorious music all throughout, this time beautifully interpreted by soprano Yun-Kyoung-Yi, baritone Daeson No and tenor Jae Wook Lee in a production mounted at the CCP Main Theater.

The talents from the University of Santo Tomas were relegated to supporting roles. The Koreans have money and talent; we only have talent. But let’s not cavil. Instead, let us thank the Koreans for helping mount great operas like “La Traviata” and “Rigoletto” here. More, please.

Even more overwhelming—because it struck home—was “Musikal!”, the musical theater celebration of the CCP’s 45th anniversary under the overall supervision of Chris Millado. There were songs and numbers from 22 original Filipino productions, including a 1902 sarswela (“Walang Sugat”), an opera (“San Andres B.”) and a pop ballet (“Rama, Hari”). Awesome.

Meanwhile, the Young Artists Season of the Philippine Opera Company (POC), headed by soprano Karla Gutierrez, opened with “Songs and Sonnets,” as directed by Maynard Peñalosa, at Opera Haus (0917-5272880) on Bautista St., Makati City. It was a delightful melange of poetry by Shakespeare and songs and arias from the Elizabethan period, in English and Italian.

As the besotted Romeo, Nelsito Gomez (half-Colombian) stood out because of his smoldering Latino looks. He could become a musical theater star given the right roles.