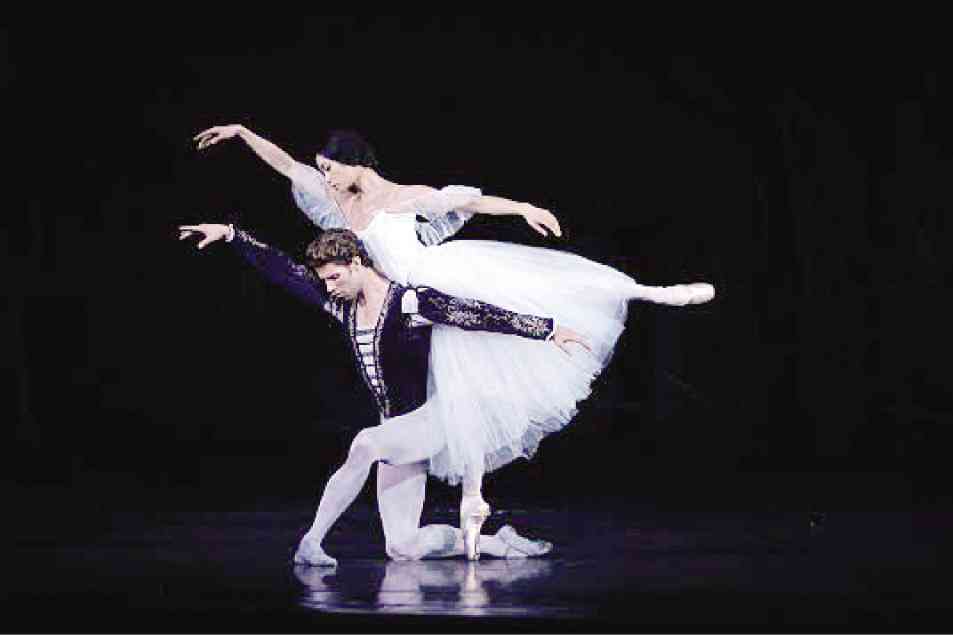 A ballet classic like “Giselle” is always a curiosity to watch, if only to compare the past Giselles one has seen to the new one.

The performance of Stella Abrera—Filipino-American soloist at the American Ballet Theater who danced the role for the first time in the Sept. 19 gala of the opening season of Ballet Philippines (BP)—was a fresh take on what dance critic Arlene Croce describes as a story of fantasy, superstition, and an old wives’ tale.

For some reason, body types largely contribute to the grace exuded by a ballerina: long limbs that softly waft; sloping shoulders that ordinarily would look weak on a fashion ramp; endless legs that end in perfectly arched feet; and a height just right—not too petite to be forever cast as Tinkerbelle, and not too tall to take on a female Carabosse.

Abrera possesses these enviable body parts, which are suited for a role like Giselle—who transforms from a sweet, gullible country wench to a pale, spooky Wili.

In Act 1, she played her role with innocence and coyness without being cloying, but elicited a sotto voce comment from behind me: “Uy, pakipot pa!”

It perhaps meant that her acting was credible, as she repeatedly eluded advances from the deceitfully charming Albrecht, devoid of campiness as she innocently succumbed to his flirtations in the end.

There is a gradual buildup to the intensity of passion between Albrecht and Giselle. By the time she discovers the duplicity of Albrecht, who is, in fact, betrothed to a noblewoman, it leads up to the Mad Scene. By this time, Abrera’s Giselle had worked up enough credibility to permit her the madness and eventual death of the scene, and James Whiteside’s Albrecht his grief or guilt.

Hilarion, danced by Richardson Yadao, was portrayed as a rough hunter-type akin to the biblical Esau.

BP “alumnus” Butch Esperanza and former premier danseur Nonoy Froilan stepped in as the leader of the hunt and the Duke of Courtland, respectively, both exuding a relaxed yet elegant ease in their roles, perfectly at home on this stage.

If Act 1 has all the trappings of a daytime drama, the true test of the pudding comes in Act 2, where the real dancing begins. 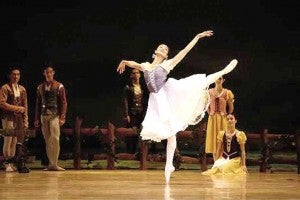 Winder was eerie and stone-faced as she stealthily boureed diagonally and horizontally across the stage while clutching those myrtle sprigs menacingly, wielding her authority as she commanded her Wilis, vengeful spirits of jilted girls who died from broken hearts, to dance Hilarion to death, and eventually Albrecht.

The corps, which ideally should breathe as one, is what makes second acts of ballets in the classical format successful ballet blancs. In this, the BP corps has consistently held its ground.

Whiteside’s technique was impeccable, finishing clean his pirouettes and tours en l’air. After a breathtaking series of consistent leg beats in the air with the ease of a man on a trampoline, he landed in clean fifths with nary a thud.

His exhaustion was clear after spurts of athletic dance phrases, as Giselle protected him from impending death-from-dance, keeping him company until 4 a.m. when the Wilis’ powers waned with the rising of the sun.

When Albrecht walked Giselle over the ground in a series of supported temps leves en arabesque, we saw the refinement of Abrera’s technique, softly floating across the stage.

And when she ended this particular section with a protective stance over her lover, the pas de deux’s ending tableaux was breathtaking.

As many aficionados of this classic piece will declare, Act 2 is the test of the dancer-actress where, as Croce points out, the ballerina must act through her dancing. This is the particular challenge in a role like Giselle: To be convincingly romantic in specter form.

Abrera took full advantage of those proportioned body parts: her arms that lift starting from the armpits, unraveling softly to their lengths; the gracefully curved long neck supported by the gentle slope of the shoulders; and that lightness of being despite the difficulty of the step—in a word, sprezzatura.

She was, indeed, the ethereal spirit, up until the last of her fingers slipped into the earth as though swallowed by it in the end.

Adding significance to Abrera’s homecoming performance, she is helping raise funds for the children of Guiuan, Samar, the area hardest hit by Supertyphoon “Yolanda” last year.

Shortly after she received the invitation to dance at the gala, the vicious storm wiped out most of the province, leaving many children orphaned or displaced.

Learning of the makeshift and hazardous conditions of education in the area, Abrera partnered with Operation USA in the building of classrooms for these children, forming a charity, Steps Forward for the Philippines, which will work toward providing material and supplies for the new school.

She has been able to raise over half of her $30,000 target, supported by friends, fans and fellow dancers. Among her staunchest supporters is Whiteside.

A day before rehearsals started, Abrera flew to Guiuan to inspect the construction of the school’s infrastructure.

Come as you are

Earlier in the day of Sept. 19, with the threat of floods and Signal No. 2 hoisted over Metro Manila, the gala was on the verge of postponement. But with the demanding schedule of Whiteside, ABT’s newest principal dancer who had to leave the next day, BP president Margie Moran Floirendo announced on Facebook that the show would go on. Foregoing the planned Filipiniana dress code, she noted that it’s okay to come as you are.

Despite the Philippine Philharmonic Orchestra’s failure to play as some musicians were trapped in their homes due to the floods, the audience that eventually trickled in, filling the orchestra section and part of the balcony, was content with the recorded score.

So content, in fact, that the long standing ovation at curtain call and the rock-star shrieks that met Abrera and Whiteside at the meet-and-greet event were all worth the audience’s willingness to swim through the flood.

For Abrera, it must have been a most meaningful homecoming.