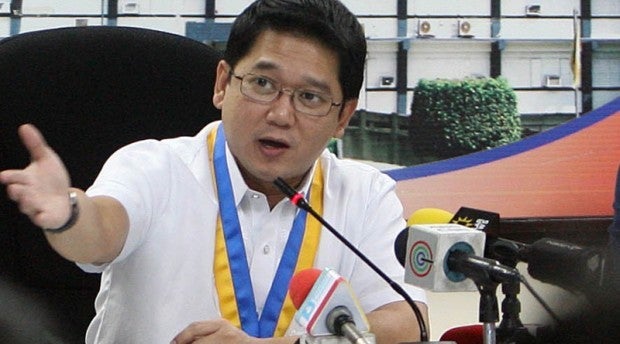 MANILA, Philippines—Quezon City Mayor Herbert Bautista has expressed his support for same-sex marriage as he referred to a proposed local ordinance protecting lesbian, gay, bisexual and transgender (LGBT) rights as his gift to the city in time for its 75th founding anniversary.

“I am in favor of [the Gender-Fair City] ordinance. I was watching the news and there was another court in America which [legalized] same-sex marriage or what they call ‘equality marriage.’ I look forward to the day the Philippines or Quezon City will have an equality marriage ordinance,” Bautista said in his State of the City Address on Tuesday.

Speaking to reporters afterward, Bautista, a former child actor, explained: “Since I was a child in the entertainment industry, I was surrounded by [the LGBT community]. They are very talented people, so it’s only right that they are given recognition.”

He also noted that the ordinance was “timely” as he cited a UN resolution two weeks ago recognizing the rights of the LGBT community.

Bautista even noted that as mayor, he could even officiate at same-sex marriages although he added: “I need to do some research on whether that’s allowed.”

The Gender-Fair City ordinance was recently passed on second reading by the city council after almost eight hours of deliberation.

It prohibits discrimination on the basis of sexual orientation, gender identity and expression in Quezon City and is considered the first such ordinance in Metro Manila.

The ordinance authored by Councilor Lena Marie “Mayen” Juico protects LGBT rights in the workplace, schools, in accommodation and in accessing basic services.

It expands the 2003 Quezon City Ordinance No. 1309 which prohibited discrimination against homosexuals in the workplace.

It also takes off from Bautista’s order last year creating the Quezon City Pride Council (QCPC) to integrate the LGBT community into government programs. The ordinance also designates the QCPC to serve as its oversight and implementing committee.