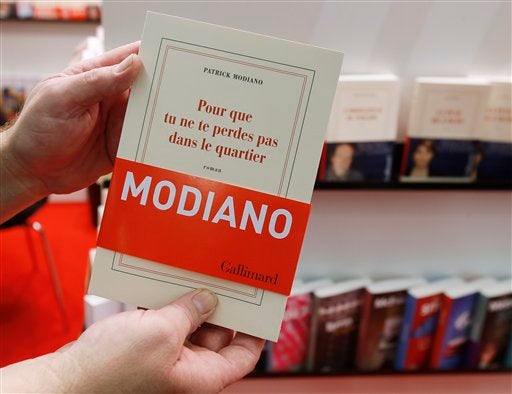 A look at the winner of the 2014 literature Nobel

Who is Patrick Modiano?

The son of an Italian Jewish father and a Belgian mother, Modiano’s work repeatedly examines Jewishness and the Nazi occupation.

The Nobel judges praised Modiano for “the art of memory with which he has evoked the most ungraspable human destinies and uncovered the life-world of the occupation.”

What are his major works?

He has also written children’s books and film scripts, including co-writing the 1974 movie “Lacombe, Lucien” with director Louis Malle and the 2003 movie “Bon Voyage” with director Jean-Paul Rappeneau.
RELATED STORIES

Winners of Nobel Prize in literature since 1980