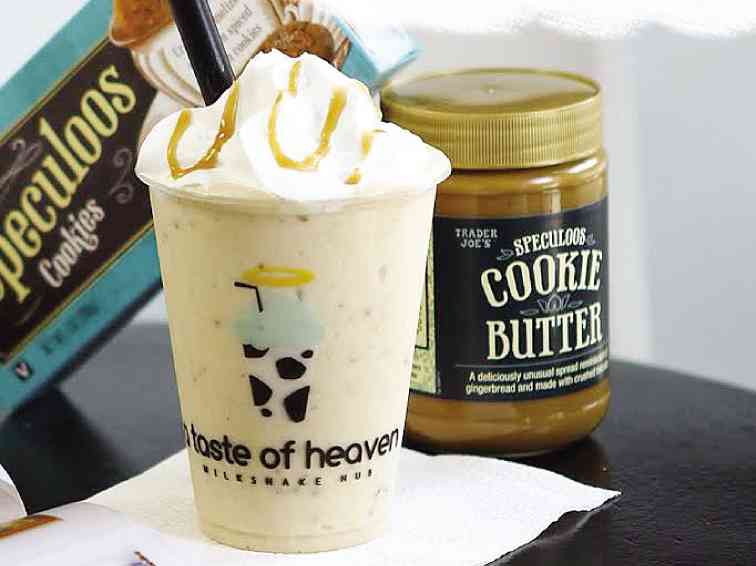 Are you ready for Maginhawa’s first food festival?

The Maginhawa area in Quezon City is turning out to be quite the food hub of late.

Many popular local dining establishments, now with branches all over the metropolis, in fact started out as hole-in-the-wall food spots on Maginhawa and its vicinity. It is fitting then that the street’s restaurants, cafés and dessert places should be recognized by having their own food festival.

As part of the celebration activities of the QC’s 75th anniversary, Maginhawa Street will be having its first ever food festival. Dubbed the Quezon City Food Festival, the event will be held on Oct. 11 along the 2.2 km stretch of Maginhawa Street.

“I think it’s about time Maginhawa gets recognized as a food hub and tourist spot,” said Margie S. Roa, executive director and chief of staff of House Speaker Feliciano Belmonte Jr. of the fourth district of Quezon City, which is organizing the kick-off event for the city’s diamond jubilee.

“What makes Maginhawa Street different is the variety of the food choices and the character of the establishments,” Roa said. “These are not big, nationwide franchises of popular restaurants but small, hole-in-the wall dining places which serve all kinds of cuisine.”

Tents and food stalls featuring dishes from the restaurants along Maginhawa and nearby streets will line the road from Masaya to Makadios Streets. Tables and chairs for the diners will also be set up along the path which will be closed to traffic. Opening at 9 a.m., the food fair will also feature a street concert at sunset and a fireworks display at midnight to commemorate the city’s inauguration.

Free Wi-Fi is available at the venue that day, so those in attendance can immediately post on their social media accounts updates on what they are eating and entice more foodies to join the fun.

Roa gave a few tips to those who will be going: First, wear comfortable footwear because the street is 2.2-km long. Second, pace yourself. “There are over 70 food establishments in

Maginhawa and that’s not counting the food exhibitors we have invited to be part of the food festival,” she said. Third, bring a fully charged phone with Internet access because there will be free Wi-Fi during the event. “And finally, you should enjoy,” she added.

There is no entrance fee so everyone can just go right in. Selected visitors can even win gift certificates entitling them to one complimentary meal in any of the participating establishments. They will also receive a Quezon City Food Festival commemorative plate. Event sponsors will also be giving away exciting freebies throughout the day.

“We hope this will become a yearly thing,” Roa said of the food festival, though probably not as big as this year’s activities which are in line with the city’s anniversary celebration. “Future food festivals… can just be a simple celebration of food enjoyed by food lovers and food enthusiasts,” she said.

From burgers, fries and milkshakes to bulalo, adobo and ulo-ulo, here are some of the Maginhawa staples that will be featured in the Quezon City Food Festival. Make sure to come on an empty stomach because this is going to be a whole-day affair with food, glorious food.

The Burger Project gives its diners the option to design their own burgers by providing them with a great selection of choice ingredients. A specially prepared burger menu is also available to those who would like their food ready-made.

Those with a craving for bulalo should try Jek’s Kubo Bulalo at Ulo-ulo’s special dishes. From its signature bulalo and mouthwatering sinigang na ulo-ulo to favorites such as salpicao and adobo flakes, Jek’s Kubo promises its diners an extra rice-worthy meal and a satisfied tummy. 77 Maginhawa St., UP Village; 434 7362; www. facebook.com/pages/Jeks-Kubo-Bulalo-at-Ulo-Ulo/445767328790161; @Kubo_Bulalo on Twitter

Offering organic and healthy dishes without using MSG, Nuezca Café is run by a family that also has its own farm where poultry and livestock are raised in the traditional farming way. Some of its signature dishes include Beef Caldereta, Crispy Pata and Pininyahang Manok.

Pino Resto Bar is one of the featured establishments in the fest that started out in Maginhawa. With its second branch now open on Jupiter Street, Makati City, Pino continues to serve customers its unique Pinoy comfort food such as Coffee Crusted Beef, Kare-Kareng Bagnet and Mini Sisig Tacos.

With many branches all over the country, the restaurant has become famous for its grilled seafood dishes. Its Grilled Boneless Bangus and other staples such as Relyeno and Dinuguan have earned raves among its customers.

A Taste of Heaven Milkshake Hub

Promising a trip back to one’s childhood, A Taste of Heaven’s milkshakes are thick with just the right amount of sweetness. Apart from the usual favorites of chocolate, vanilla and strawberry, there is also an option to customize flavors by mixing ingredients.