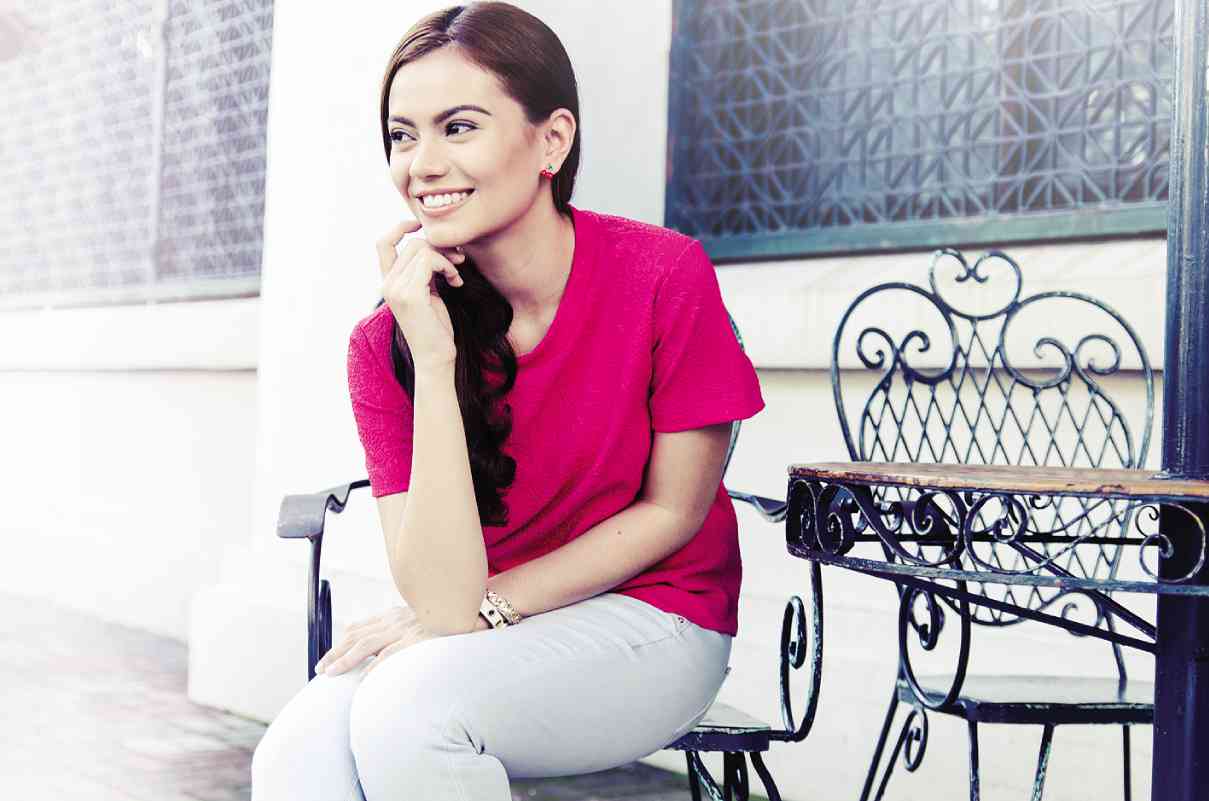 Swan song on a high note

Nearly two years ago, Kristelle-Ann Batchelor faced the television camera for the first time. She looked nervous, blinked too much, spoke too fast, and had problems with angling.

But now, the 19-year-old Filipino-Puerto Rican has become an outstanding, well-loved TV courtside reporter for the University Athletic Association of the Philippines (UAAP).

The fourth-year journalism student at the University of Santo Tomas (UST) recalls that she waited to turn 18 so she could finally be eligible as a courtside reporter. As it turned out, she fit the role perfectly. She even held the position for two consecutive seasons, UAAP ’76 and ’77, a rare opportunity that ABS-CBN Sports entrusted to her.

She grew up with an extended family, since both her parents work in the aviation industry in Saudi Arabia. But despite the distance, Kristelle said that she doesn’t feel neglected because she still gets all the love and support she needs.

In high school, she already knew that she wanted to pursue journalism. Her then English teacher, who is also the adviser of the school paper, saw her aptitude for writing.

Kristelle progressed from staff writer to editor in chief of the high school paper. Soon she would become its Special Reports editor.

She’s now the Lifestyle editor of The Varsitarian.

Her desk at the Varsitarian is quite messy, teeming with artsy books and photos from events, exhibits and concerts the college paper has covered.

The Varsitarian is her second home. She has spent three years of her university life in its office, and even considers her workmates her second family.

But before finally landing the UAAP courtside reporter position, she underwent three strenuous audition rounds with other aspirants—writing reports and delivering them on camera.

They also did a mock interview with Ateneo star player Kiefer Ravena.

The last stretch of the audition process was a meeting where she finally got the good news: She got the job.

Kristelle described her rookie year as “walking blindfolded” because everything came as a surprise, which made her treasure it even more.

Included in her blindfolded journey was handling criticism from TV viewers. “I was a nobody who appeared out of nowhere, but I’ve learned to love and grow with all the criticism thrown at me,” Kristelle said.

Last UAAP season, she witnessed the historic Cinderella run of the UST men’s basketball team. But this year is a different story—the UST Tigers are officially out of the Final Four.

Kristelle said she couldn’t stand seeing the frustration of the players and their coach.

But her final year as courtside broadcaster still ended in the most memorable way. Reporting on the Salinggawi Dance Troupe as it returned to a podium finish after four years and being applauded by the crowd, alongside graduating players Aljon Mariano, Kim Lo and Paulo Pe with a banner that proclaimed, “Salamat sa suporta, Go USTE!” were some of her best moments on the court.

“When I got home that night, I also received tweets and messages from people, thanking me and saying they’ll miss me as their courtside reporter,” Kristelle recalled with joy.

And when the time finally arrived for her to face the camera for the last time, she turned sentimental and described the entire experience as fleeting.

“I barely felt this season. My rookie year was far more memorable…”

She added: “It wasn’t also a great season for the Tigers since they got eliminated early. Even though it’s really sad [for me] to end the season on a low note, I learned more this year and had a stronger bond with the team.”

But it’s really not over yet for Kristelle. The entire Thomasian community couldn’t be more proud with her achievements. She is UST’s little gem who continues to inspire others as a good role model.