The designer is a storyteller | Inquirer Lifestyle ❮ ❯ 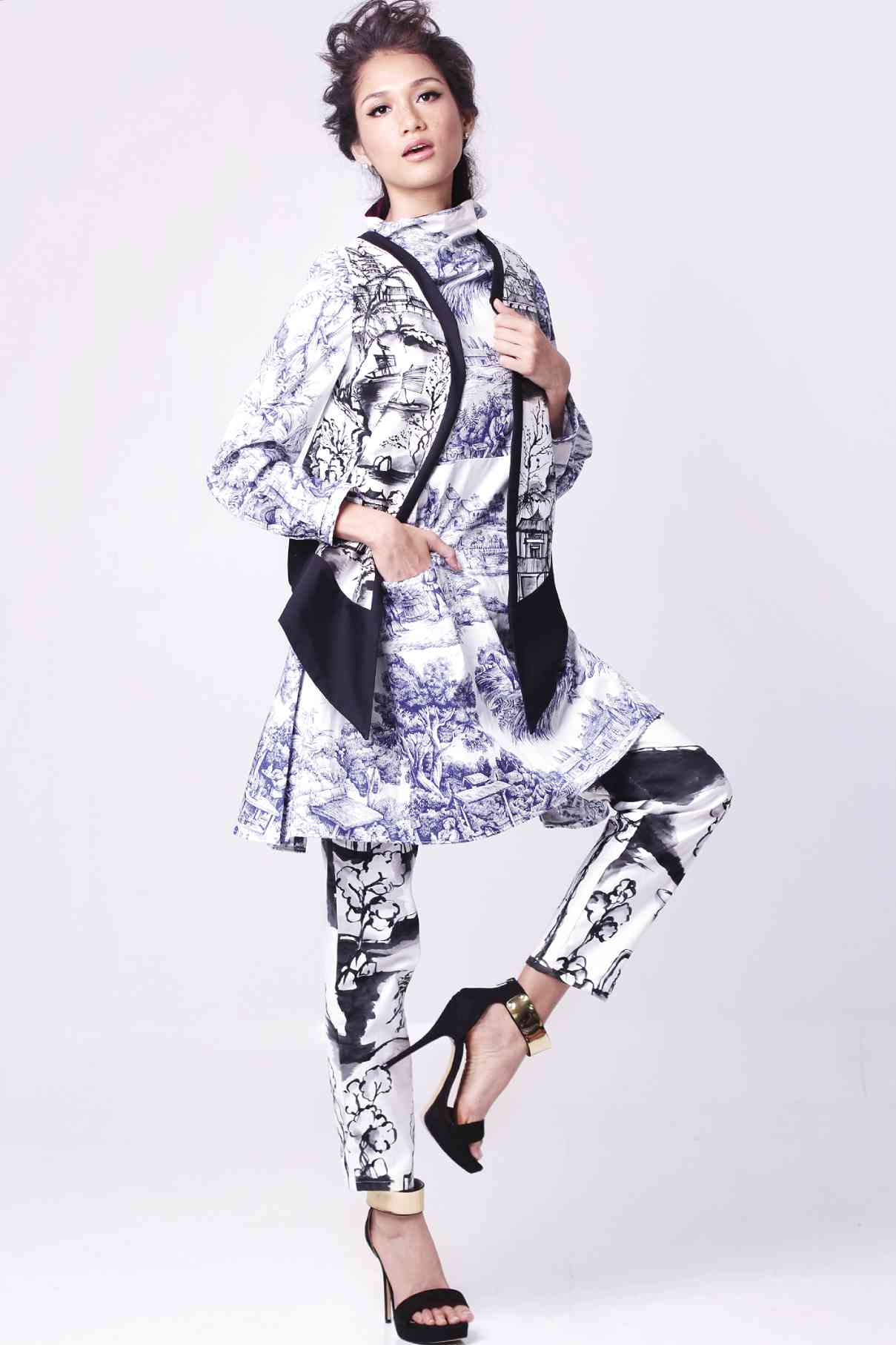 TAPESTRY IN LAYERS A testament to the many walls K.C. put up in her younger years

The designer is a storyteller

K.C. Alaba’s models walked down the runway to the plaintive voice of Florence Welch; her Fashion Institute of the Philippines (FIP) graduation collection was an oriental tapestry of her life.

This effervescent young woman sat down with me for a little chat; I discovered what an eloquent woman she is, with so many interesting stories about her past, her inspirations, her struggles and, of course, her love for art and fashion.

K.C. grew up in Cagayan de Oro, in a family of academic achievers. She felt a bit out of place; among her siblings, she’s the one who lagged behind the most at school. But she also stood out—at an early age she was already inclined to the arts.

When she turned 6, she bought meters of cloth and sketched outfits she wanted her seamstress to make. At 7, K.C. would enter people’s houses and go straight to the kitchen or bathroom to check out and comment on unique interiors.

In high school, she won awards in art contests. Talented as she was, her quiet and shy nature became the target of school bullies, which force her to become more aloof. It wasn’t until her college days that she truly found her calling.

After high school, K.C. came to Manila with a dream. She wanted to make a name for herself through fashion. Her parents didn’t see it that way, though—they wanted her to enter medical school.

She pleaded that medicine wasn’t for her, and that she could at least get a degree in the arts, which was her passion since childhood.

Eventually she studied interior design, which she excelled in.

But she wasn’t fulfilled yet, so she went into fashion school. In 2011 she chose FIP and became a working student.

It was her will and determination that got her through that trying period. She had her doubts; she was afraid she had taken up fashion too late, and that many had gotten ahead of her.

She was scared of the uncertain life of an artist. She knew, though, that by doing what she loves, she would reap greater rewards.

K.C. started sketching for her graduation collection last year. She toyed with shapes that brought back her childhood, and then proceeded to find the perfect fabrics and prints for each piece.

She found herself crying when no fabric was good enough, so she decided to make her own— handpainting her textiles.

She also found inspiration in music. She listened to a song that brought back bittersweet emotions, recalled her heartbreak from being bullied, from being the outcast, and from unrequited love.

Summing it all up, she said, “I got it all from hugot. Sa collection kong ito meron akong mga pinaghugutan.”

She used colors of sadness, blacks and blues to echo her emotions; the Oriental motif is a throwback to the one-sided love affair between a cute chinito and herself; the layers of clothes, a remembrance of how she sheltered herself from the bullying she endured.

And then she smiled and said, “I didn’t want it too dark, though, because these encounters also allowed me to grow up.”

She learned and was happy to have had these experiences. As a reflection, she kept her silhouettes youthful.

Her collection is a story of first love and sad moments, but she’s thankful to have gone through it all.

Why pursue fashion despite the many problems she has encountered?

Her response was simple: “Because I love it.” She said that, without fashion, she would probably go mad. Fashion is a means to tell a story, about where someone is from, who they are, and where they want to be.

K.C. wants her stories to be told; she wants to make a difference in people’s lives. She wants to tell other people’s tales, like when a mother gets teary-eyed as she sees her daughter ready for her debut, or when a bride puts on her finished gown for the first time. She wants to be part of all that.

She’s certainly ambitious, and though it took her a while, she has finally come out and made one big leap, closer to her dreams.