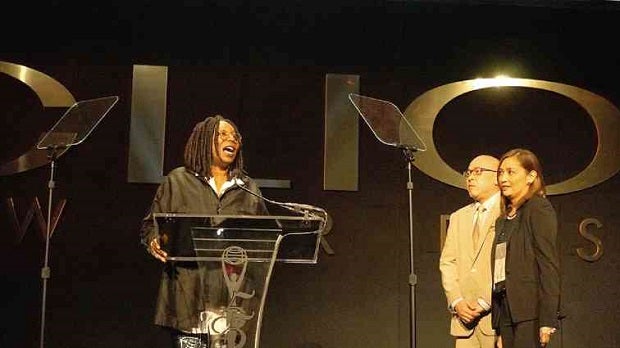 The CLIO Awards celebrated its 55th year in New York. Emmy, Grammy, Tony and Oscar winner Whoopi Goldberg opened the show to “wit perfection.” “You guys made me buy a Fiat. You make products look good even when they’re really not,” she quipped.

This international competition announced the best work in advertising, design and communications. The jury gave the highest honors to exceptional projects that pushed the boundaries of creativity in a given medium.

Out of the nine Grand CLIOs awarded that evening was the Philippines’ first: DDB DM9 Jayme Syfu’s TXTBKS for client Smart Communications.

Comedian and producer Jerry Seinfeld was the 2014 Honorary Award winner.

Another Honorary Award for CLIO Music was given to Blondie.