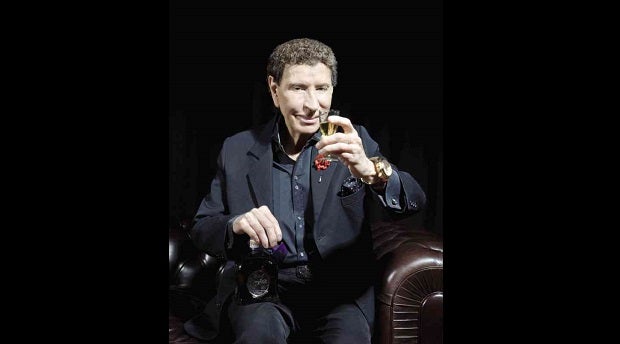 Crimson Resort & Spa in Mactan has become, dahlings, the latest addition to Cebu’s expanding line of amazing beach resorts, the favorite of tourists and foreigners.

We were welcomed there by resident manager Kristofer Quadros, who flashed a boyish smile. Crimson Hotels and Resort is managed by FilArchipelago Hospitality Inc., whose sales and marketing VP Carmela Bocanegra made sure our group had an awesome time in Cebu.

Crimson was named Best Luxury Hotel 2013 at the World Hotel Luxury Awards. It also received the Condé Nast Johansens Luxury Property Award. It has fab private bungalows where we were billeted.

We would all meet at Crimson’s own marine sanctuary, a 2,000-square-meter relaxation haven, Aum Spa, and eat in one of the four super restaurants, palangga.

On our last night, après three days of sun tanning and physical activities, we were treated to a private dinner held at the breezy villa gardens, superbly prepared by chef Godfrey Laforteza, no less.

We were joined by Crimson’s F&B director Florent Humeau and communications manager Mia Sy. Served were superb specialties of Azure, one of Crimson’s restaurants.

The pièce de résistance was the seafood-and-meat platter, a feast of the freshest seafood and premium quality beef, with vegetable curry served on the side. For dessert, there was the divine apple tofu ravioli with caramelized bamboo shoots.

James Montenegro, area general manager, said the resort is proud of the awards it has received, “especially because Crimson is an emerging local brand.”

“The resort shows great potential in making a name in the hospitality industry not only for its quality product offering, but also because of the heartfelt service it provides guests,” he added.

On Oct. 24, the resort will open the Crimson Azure Beach Club.

People have been asking me how it felt to be on the cover of Philippine Tatler Magazine.

When I came back from Europe after martial law, I was interviewed and featured in many of the upscale magazines and broadsheets. And then Tatler featured me in its inside pages of its July 2008 issue with Mandy de la Rama Santos on the cover. The article was titled “Maurice Arcache Unsealed Lips.”

When editor in chief Anton San Diego told me I was going to be the cover of the September issue, I told him, “Wow, it’s about time!”

Naturellement I felt like a million dollars! (Not that I have that amount!)

What was the experience like doing the shoot with gorgeous hunks?

I was looking at the models while they were dressing up. I knew Wesley Pereira and it was my first time to meet the muy simpatico Spanish model Onofre Contreras. It was fun and exciting and thrilling being with them during and after the shoot. Russian model Nikolina Pegovac was a real pro, but as cold as Siberia.

After that I got more relaxed. I even had some naughty poses with Onofre C, which we later would laugh about.

But our home office in Hong Kong didn’t approve of it and found it “too risqué.” Pity, the pictorial would have really made the loudest buzz in town.

What was the reaction of friends?

They loved it; I got tons of texts, phone calls and what have you, congratulating me. It was an awesome ego booster naturellement! All of this thanks to the Tatler famille and—who else—Anton San Diego!

Get the September issue of Tatler fast. It’s still selling like hotcakes, dahlings.