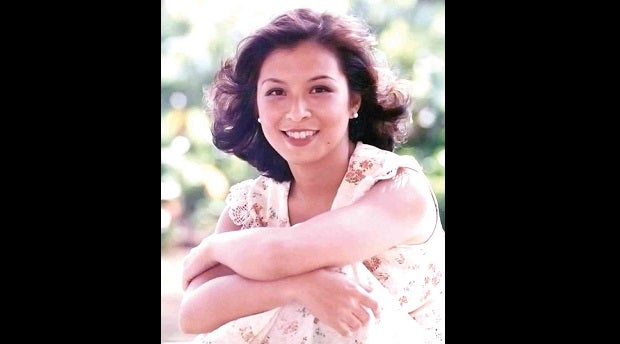 I knew Ana Alejandrino only from a distance. So why has her passing bereaved me so?

Because I’ve lost my chance to discover her radiant spirit as only an intimate can.

Yes, our paths crossed more than once; we had passing encounters that verged on soul-sisterhood. We sat at the feet of the same teacher, slaked our thirst at the same fount of ancient wisdom.

But she was by far the more devout pupil, and no doubt the better learner. And in time she, too, became a teacher, awakening the spirit in so many others.

I always thought she exuded a whiff of otherworldliness even as she certainly had both feet on the ground. Lightness and kindness permeated her being. Videos of just a few months ago show her singing at a party, full of fun and hilarity, celebrating life as anyone so blessed has a right to.

Signs of her illness were nowhere in sight; only her simple beauty and natural glamour shone through. She radiated the purest joie de vivre. Who could guess she was about to realize her soul’s longing for eternity?

The last time I saw her was in the elevator of the building where she and her husband had just bought a condo unit, to simplify their housekeeping so she could focus on getting well. My sister, who lives in the same building, asked if they had moved in yet. “Trying…!” she half-groaned, then laughed at herself. I can still see her eyes holding that smile.

Artist that she was, feathering a beautiful new nest was surely exciting and life-giving. So much to look forward to! I had no doubt, or she or anyone else, that she was winning the battle.

About her suffering, I know little. She had undergone surgery early on, and was optimistic about several treatment options available to her. She apologized to friends that she had to lie low for a while to let her body do its healing work.

Her meditation practice of 20 years continued to be her refuge in the midst of her full life, a cup running over with talents in painting, composing, singing, dancing, writing, directing, public speaking and more, the love of family and friends, and the immeasurable joy of grandchildren.

Did disappointment visit her and sit with her in her solitude? What demons was she still trying to overcome? Who knows what pain she endured in her cruelly shrunken world, her unexpectedly numbered days?

But they say she never complained, and she was never afraid. Her only anxiety was for the loved ones she would leave behind—how heartbreaking it would be to say farewell!

Intense soul work had familiarized her with the Void and it made her fearless unto death. In dearly won nonattachment, her spiritual practice and her life became one, so the final victory was hers.

We who aspire to similar heights can only gape in awe and strive with new resolve. She is the model we have longed to behold.

“Saint” is the word that plays in one’s mind, especially to those who were privy to her profound insights and recipients of her devoted service. But it sounds too religious and goody-goody, not at all apt for her.

“Realized being” may be more like it, encompassing both her girlish high spirits and her earnest cultivation of the inner life.

“Initiate” is also not far off the mark, for she gained entry into the world of the spirit reserved only for those who have knocked on its doors with passion and perseverance. To all of them is granted the wisdom to discard the physical body when it has ceased to serve one’s life purpose.

“She is gone: my North Star, my best friend, the love of my life,” her husband started in a resolute tone at the memorial service, determined to remain composed—but failed. But he did succeed in making us laugh through our tears as he poked fun at her very human foibles.

“She was so sure she would lick this,” her mom said, unbelieving still. She is gone. But why, when she had so much to live for? When there was still so much good she could do in the world? When so many are diminished by her sudden departure?

We say this to grasp at a straw of solace:

Her mission on earth is done, she is now at rest in a much better place. Yet the mystery of each individual soul journey is just beginning to be unveiled for us who have the fortune to live in these times of unprecedented access to higher knowledge.

The Great Beyond remains the last frontier of the unknown, though little by little penetrated by near-death patients and their puzzled doctors, by scientist-mystics, and clairvoyants.

For now, to the extent that my own search can uncover, I accept this as a small part of the answer: We go, not only when we are no longer needed Here, but when we are needed There. The next dimension is not a place of eternal rest; it is as busy and active as this one, and we have assignments to do there, too.

Studying and learning go on, just like in this classroom called Earth, and those who have been paying attention to the lessons Here may be called to help the many who arrive There in ignorance or distress. Nurses, doctors, teachers, counselors, social workers, light-workers, and the like are in great demand: experience required.

Others are needed to do cosmic tasks, such as the composer who was urgently called from this life to finish a symphony in time for a concert in the heavenly spheres. How can one say no to Heaven?

This is why I can’t help going to wakes and funerals. All at once, what a person made of his or her life is put on stark display. Death clarifies my own purpose for being here.