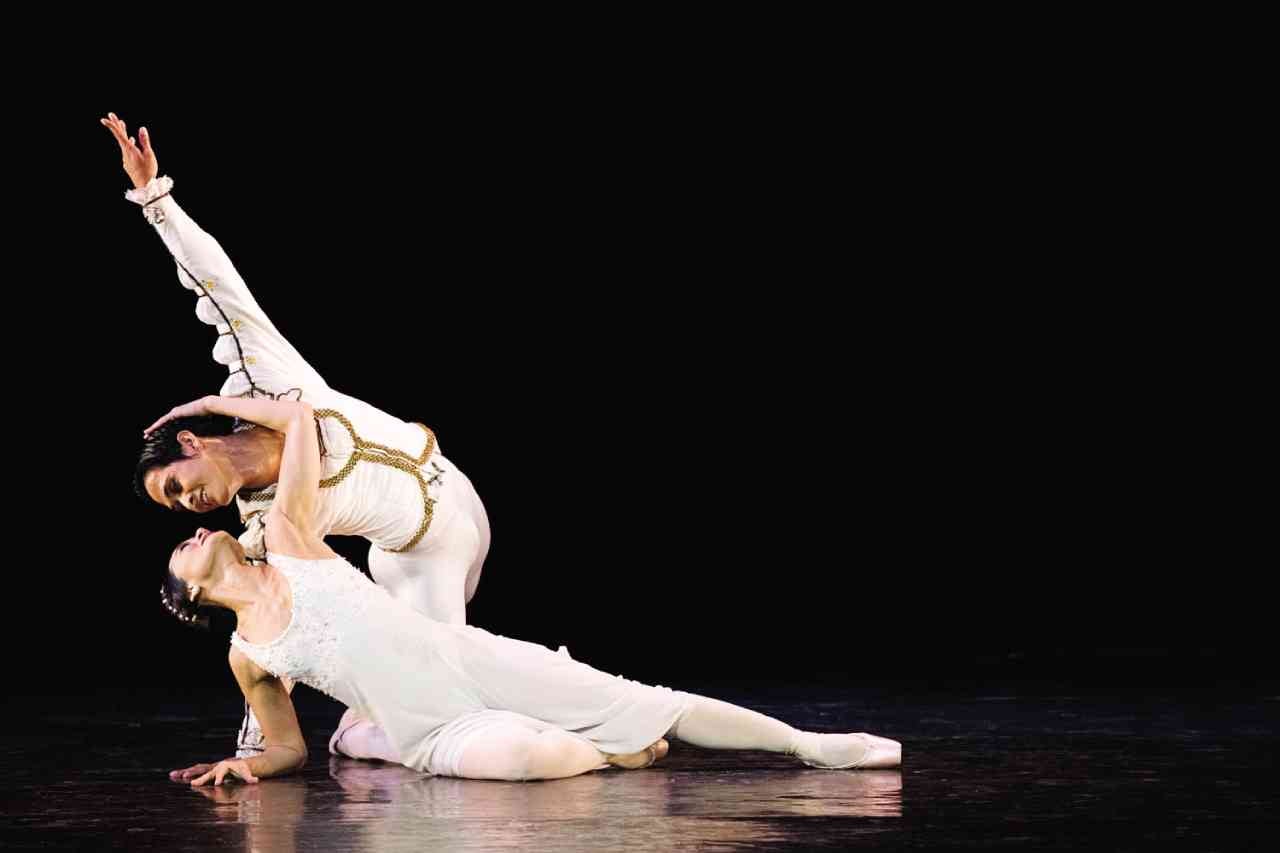 LISA Macuja and Rudy de Dios in Romeo and Juliet 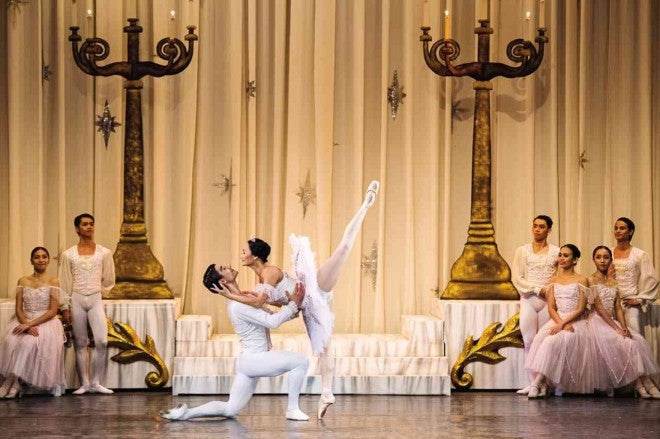 You got to hand it to Lisa Macuja.

Most dancers at midlife and beyond reinvent themselves, explore new styles, redefine the meaning of dance in their lives and have choreographies made on them. But in the past few years, Macuja has gone the way of prima ballerinas in the past—performing the lead classical roles until their later years.

“Classical ballet is undoubtedly the most difficult form of dance, and I am very fortunate to still be able to go on pointe and do this kind of dancing,” wrote Macuja in the souvenir program.

The prospect of watching a 50-year-old portraying a 14-year-old Juliet or a 16-year-old Princess Aurora could be potentially jarring. But during her birthday concert titled “Gold” at Aliw Theater, Macuja, as always, was showered with shout outs and expressions of love and admiration from friends and fans.

The thunderous applause was well-deserved. “Gold” consolidated Macuja’s achievements as a strong-willed dancer and visionary artistic director of Ballet Manila (BM). The program started with a video showing photographs of Macuja as a tiny tot, closeness with the family, school days at the Leningrad Choreographic Institute and the Kirov, and her famous roles in the Philippines.

Before she turned 50, Macuja challenged herself by executing the standards that stringently measured a ballerina’s abilities—“Swan Lake,” “Don Quixote,” “Giselle,” “La Bayadere,” “Nutcracker.”

This year, she revived “Romeo and Juliet,” by Russian choreographer Sergey Vikulov, which was premiered by the company in 1995. The choreographer chose music by Peter Tchaikovsky because it had a more period feel, compared with the modernist strains of the well-known score by Sergei Prokofiev.

I was never a fan of this version. I found the choreography a bit declamatory, echoing the populist dramatics of the mid-century Soviet period.

Nevertheless, the audience raved over the Old School virtuosic partnering and overhead lifts—of which there was aplenty.

Macuja’s dancing was fluid, a cascade of steps given, transformed her far-reaching look and subtle épaulement (angling of the upper body).

BM principal Rudy de Dios expressed the youthful naturalness of Romeo. As Macuja’s long-time trusted partner, he has been consistent in strength and skill in showing the ballerina in her full glory. But there should have been more venom in the sword fight scenes between Mercutio and Benvolio, Gerardo Francisco and Romeo Peralta.

Meanwhile, excerpts from “Sleeping Beauty” provided spectacle. Princess Aurora doesn’t do much jumps compared with Kitri in “Don Quixote” or spin pirouettes like Odile in “Swan Lake.” But in her solos, Macuja provided delicacy, control, balance and purity of line.

When her four Cavaliers took turns promenading her around in an attitude position in the Rose Adagio, the crowd cheered at Macuja’s calm and controlled balances and her pitched arabesques with still-high extensions.

In the Wedding Grand Pas Deux, Macuja displayed the regal poise and elan of a young princess who had evolved from a capricious teenager.

Dawna Mangahas’ Lilac Fairy was fresh and nuanced. She commanded the stage with her rangy limbs and breathed soul into the movements. Mylene Aggabao-Salagdo’s Bluebird solo was exceptionally lucid while her partner, Elpidio Magat, soared in his crisp, intricate footwork. Russian guest ballet mistress Natalia Raldugina drew out breathtaking synchronicity and lyricism from the corps de ballet.

Macuja has been lucky to have great chemistry with her partners. Like a setting to a diamond, they have this amazing ability to make her shine.

Performance wise, she has always been candid that age and injuries have caught up with her. The surgeries on the back of her feet may have dulled the pointe work. Where once her bullet-speed turns were once an amazing blur, they are now a series of clean technique.

Then again, even the world’s ballet superstars have their Achilles heel.

In “Gold,” Macuja has proven her endurance, surpassing the typical ballerina’s lifespan. She isn’t afraid to show that she’s still human, and the accolades she has received are well-deserved.