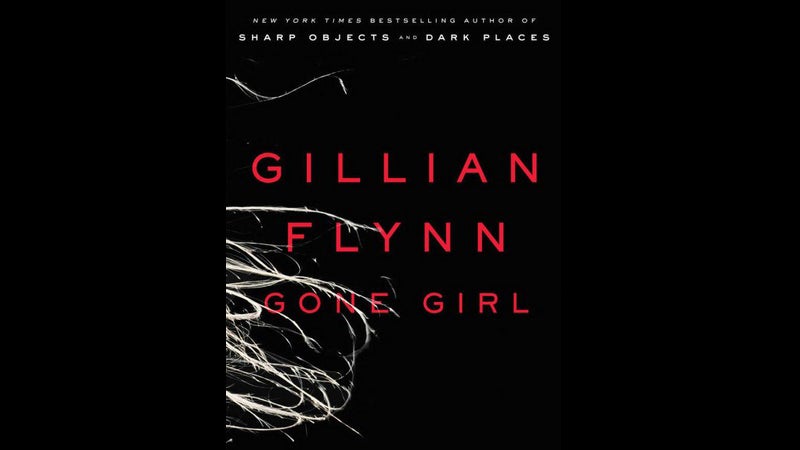 Some books are so game-changing, they define, or even redefine, a genre.

Numerous authors have previously written about bad marriages that lead to disastrous results, but none come close to Gillian Flynn’s act of exposing the complicated couple Nick and Amy Dunne in the novel “Gone Girl” (Crown Books, New York, 2014, 555 pages).

Originally published in 2012, “Gone Girl,” Flynn’s third novel after 2006’s “Sharp Objects” and 2009’s “Dark Places,” scaled the various bestseller lists and made mincemeat of the competition in the yearend “best-of” selections.

“Gone Girl” fits the description like a murderer’s latex glove. This is really a case of that cliché come true: It’s impossible to discuss the plot of “Gone Girl” without giving away too much.

As their fifth wedding anniversary approaches, Nick Dunne, a laid-off journalist-turned-bartender in North Carthage, Missouri, goes home to find his wife Amy missing. As the police investigate, Nick becomes the prime suspect as a seriously incriminating parade of evidence builds against him. But all is not what it seems.

“Gone Girl’s” seemingly mundane first part is composed of first-person narration by Nick, alternating with a series of diary entries by Amy, beginning years before the disappearance.

Their respective stories detail the claustrophobic panic that Nick experiences, as the public becomes aware of this breaking story and the optimism that eventually melts away in Amy’s recollection of their disintegrating marriage.

The reader won’t quite know what to make of Nick, who seems to be a good guy but clearly isn’t happy about the direction his life has followed.

Amy, who was the basis of a popular series of children’s books called “Amazing Amy,” seems like the perfect wife and the cool girl. “There’s something disturbing about recalling a warm memory and feeling utterly cold,” someone says.

Then the novel viciously, unerringly twists and nothing is the same again for the Dunnes and the reader. The twists won’t stop coming, and “Gone Girl” becomes the most unpredictable novel of the last few recent years.

It is an Ouroboros of a book, this serpentine piece of fiction swallowing its tail—and keeps on swallowing.

Graphic and often profane, “Gone Girl” is also an impressively poised work, switching back and forth between Nick and Amy’s perspectives, with Flynn clearly having full control of her plot and characters. It’s crammed full of “oh sh*t” moments. It’s literally scary enough to make people think twice about the very idea of marriage.

Without going much into details, Nick and Amy Dunne are both mesmerizing, flawed characters, probably the most bracing portrait of modern matrimony. The inevitable “Team Amy” and “Team Nick” T-shirts have followed; the book will let the reader know how ironic and meaningful those shirts are.

“Gone Girl” pushes all the right—and wrong—buttons in fascinating and frightening readers. The more you read it, the more disturbing and gripping it becomes.

A lot of attention falls on “Gone Girl” as the much-anticipated motion-picture adaptation from 20th Century Fox is now in cinemas. Helmed by “Fight Club” director David Fincher, who’s no stranger to edgy material, and starring Ben Affleck and Rosamund Pike as Nick and Amy, the movie is poised to send Flynn’s original novel to an even more rarefied trajectory.

That’s saying something, considering that another of Flynn’s novels, “Dark Places,” is heading to movie screens later this year, top-billed by Chloe Moretz and Charlize Theron.

In any case, this makes the present the perfect time to see what all the fuss was about.

Back on the bookstore shelves in a new movie tie-in paperback edition, “Gone Girl” is Gillian Flynn’s dazzling, dark masterpiece. It’s that revelatory and radical novel that can accurately and powerfully describe itself as “catastrophically romantic.”