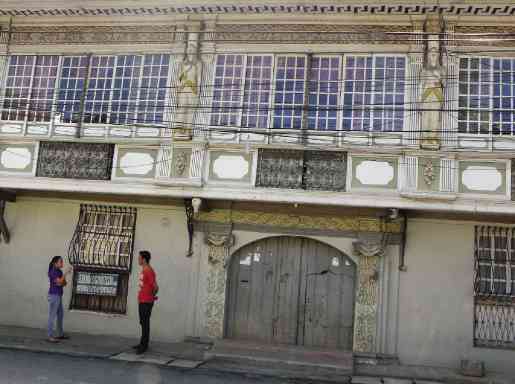 There’s more to Malolos than Barasoain

BULACAN, Philippines—Beyond the iconic Barasoain Church in the bustling Bulacan provincial capital of Malolos are heritage structures and areas that tourists, and even residents, could explore to appreciate the city’s important place in shaping Philippine history.

And the city government has stepped in to make sure that at least 23 historic buildings, houses, bridges, roads and waterways will survive and be remembered as Malolos continues to modernize.

Mayor Christian Natividad and the officials of the National Historical Commission of the Philippines (NHCP) recently placed commemorative markers on these structures and historic spots to remind people that Malolos is among the important areas that helped birth the nation.

The markers were placed in preparation for the 116th anniversary of the establishment of the Philippine Republic in Malolos on Jan. 23, 2015.

A city ordinance protects Malolos’ remaining heritage structures by keeping these under the care of the government and ensuring that these would not be demolished or sold illegally.

The ancestral house and birthplace of Jose Cojuangco, the father of former President Corazon Aquino and grandfather of President Aquino; the Casa Real; the house of Don Antonio Bautista in Barangay San Agustin; and the Tampoy Bridge and Tampoy River, which used to be the center of trade in Malolos, were also given markers.

The city is also protecting the Tanchangco House in Barangay San Vicente; the Basilica Minore (formerly Malolos Cathedral), which served as residence of Gen. Emilio Aguinaldo, the president of the First Philippine Republic; and City Hall, which was the seat of government during World War II.

According to Jimmy Corpuz, chair of the Bulacan Heritage Conservation Society, the local government’s active participation is important to help stop the selling of the cultural and heritage properties in the province, many of them privately owned but under the care of descendants of historical figures.

Alex Balagtas, head of the NHCP’s Bulacan and Zambles cluster and curator at the Marcelo H. del Pilar Shrine in Bulakan town, said many heirs of the historical figures had been selling their ancestral property despite their historical and cultural values.

“Sometimes we cannot blame them, but it is the duty of local governments to inventory these structures, monitor their condition and coordinate with us for their proper preservation. While the local government may not have the funds to shoulder the maintenance and preservation, they have the power to help [save] them,” Balagtas said.

He cited the sale of the property of Don Lino Reyes, a wealthy resident, whose house in Barangay Sto. Niño became the government’s foreign affairs office in the late 1800s until the early 1900s. The house was demolished in the mid-2000s but the lot’s new owners have yet to build a structure on the lot.

“Some property owners demolish these historical houses and sell the materials so these could be rebuilt outside of the province. These ancestral houses should stay in Bulacan,” Balagtas said.

Another historical house in Hagonoy town owned by the family of Don Francisco Sebastian, a former town mayor and the treasurer and secretary of the Katipunan in Bulacan, is being offered for sale, he said.

While the NHCP has included the Sebastian house in its preservation list, it has yet to place a marker on the structure because some family members wanted to pursue the sale of sections of the property, Balagtas said.

A fan page in the social networking site Facebook, called “Let’s Save the House of Don Francisco Sebastian,” was put up by local historians, residents and Sebastian’s relatives to call on the government to help preserve it.

In Bulakan, the NHCP also placed a marker on the birthplace of the late Sen. Francisco “Soc” Rodrigo in Barangay San Jose to commemorate his 100th birth anniversary. Balagtas said the new owner allowed them to put the marker.

Earlier, lawyer Francisco Rodrigo Jr., son of the late senator, said the family was having a hard time reacquiring the property because they could not afford the price given by the new owner.