Tailored pieces, prints and colors–because ‘women are reluctant to wear something shiny to the office’ | Inquirer Lifestyle ❮ ❯ 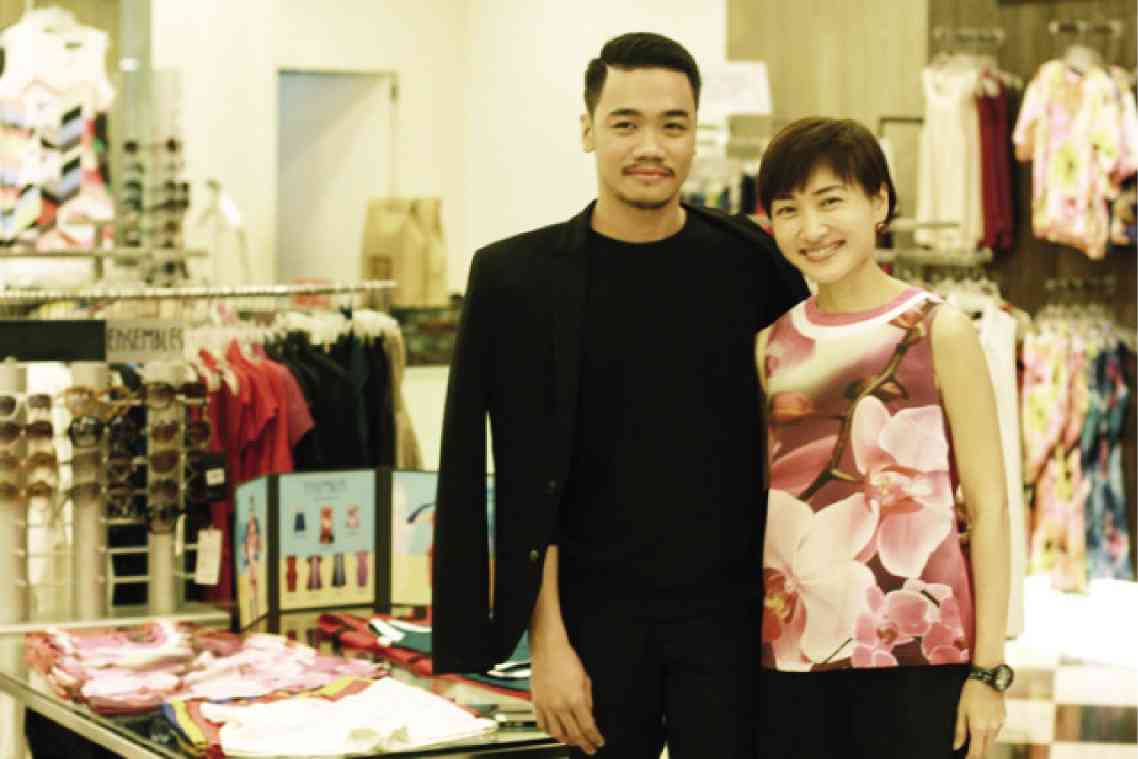 Tailored pieces, prints and colors–because ‘women are reluctant to wear something shiny to the office’

By constantly working with budding designers, this homegrown brand is able to regularly offer patrons something new, while teaching newbie collaborators valuable lessons in ready-to-wear.

As part of its ongoing Young Designer Series, Ensembles has collaborated this time with designer Xernan Orticio to produce a capsule collection of tailored dresses with trims, peplums and pleated details, and bold floral-print shifts and trapeze tops for the holidays.

Dresses and tops come in solid and festive colors, such as white, teal, red and magenta, while the brand’s printed options have blown-up images of orchids either in red or magenta.

The collection, which also features several tent dresses, is both a nod to minimalism and the ’60s youthquake. At the same time, it capitalizes on Orticio’s preference for uncluttered looks and his ease with tailoring and precision cutting.

“The entire experience is actually life-changing,” said Orticio, 23, a native of Camarines Sur and a graduate of the Fashion Institute of the Philippines.

The collaboration has introduced him to other fabrics and possibilities, as Orticio tries to reach out to a bigger market composed of working women who prefer wearing versatile and affordable RTW pieces to the office.

“Now, I’m no longer stuck doing evening looks,” he added. “The experience opened me to the possibilities of doing corporate dressing and RTW.”

Before working with Ensembles, Orticio was focused on running his burgeoning made-to-measure business in Makati. Clients go to him for his tailored evening dresses mostly done in shiny fabrics like silk gazar.

Because of this collaboration, he started working with more affordable and day-appropriate fabrics such as georgette, satinized twill and poplin.

All fabrics, including printed georgette used for the trapeze tops, are a tad stretchable. It’s necessary since RTW pieces come in limited sizes.

“Silk gazar doesn’t stretch,” said Sheree Gotuaco, CEO of Elite Garments, the company behind such brands as Ensembles, Freeway and Solo. “At the same time, fabrics should be durable and easy to care for. That’s what RTW is all about.”

When Orticio and Gotuaco started working on the collection late last year, Elite Garments did new research to see what Ensembles’ core market of working women wants. Results of the research have remained almost the same over the years.

“Women were reluctant to wear something shiny like silk gazar to the office,” said Gotuaco. “But they also want versatile dresses that, with the right styling, could easily transition from day to night.”

It was a wake-up call for Orticio to leave his comfort zone behind and start using other fabrics if he is to broaden his market and grow as a designer like his idols Ivar Aseron, Nicolas Ghesquière and Riccardo Tisci.

“Working with prints was also something new to me,” he said. “I don’t know why. I guess I’m just not used to it. When I finally did use prints, I was surprised because I liked the results. I’m now open to using more of them in the future.”

Orticio has begun beefing up his atelier with new fabrics. He won’t be abandoning silk gazar anytime soon, but he’s no longer reluctant to do dresses using more casual and affordable materials.

His initial exposure to retail also taught him how to simplify his designs while maintaining their hanger appeal. Workable but stylish designs are important in RTW because manufacturers need to be able to quickly replicate a particular dress or style numerous times.

“He has been very open during the design process,” said Gotuaco. “We told him, for instance, that too many patterns may not be flattering on certain women who are not too slim. And there are also production issues to consider. If a dress is too complicated to do, you lose time and the process becomes too tedious and prone to errors.”

Gotuaco already saw Orticio’s potential as early as three years ago at an awarding event and fashion show organized by a local fashion glossy.

“As young as he was, he already had a wearable and commercial line,” she said. “Unlike the others who presented elaborate designs, Xernan did simple, tailored pieces. He clearly understood what would look good on women.”

When Gotuaco interviewed Orticio more recently before signing him up, she asked him if he was aware of Ensembles’ earlier collaborations and how they compared with similar efforts made by other brands. His answers elated her.

“I watch out for them every year,” said Gotuaco, quoting Orticio. “I have no way of comparing what Ensembles does because I don’t look at what other brands are doing.”

That sealed the deal, she said.