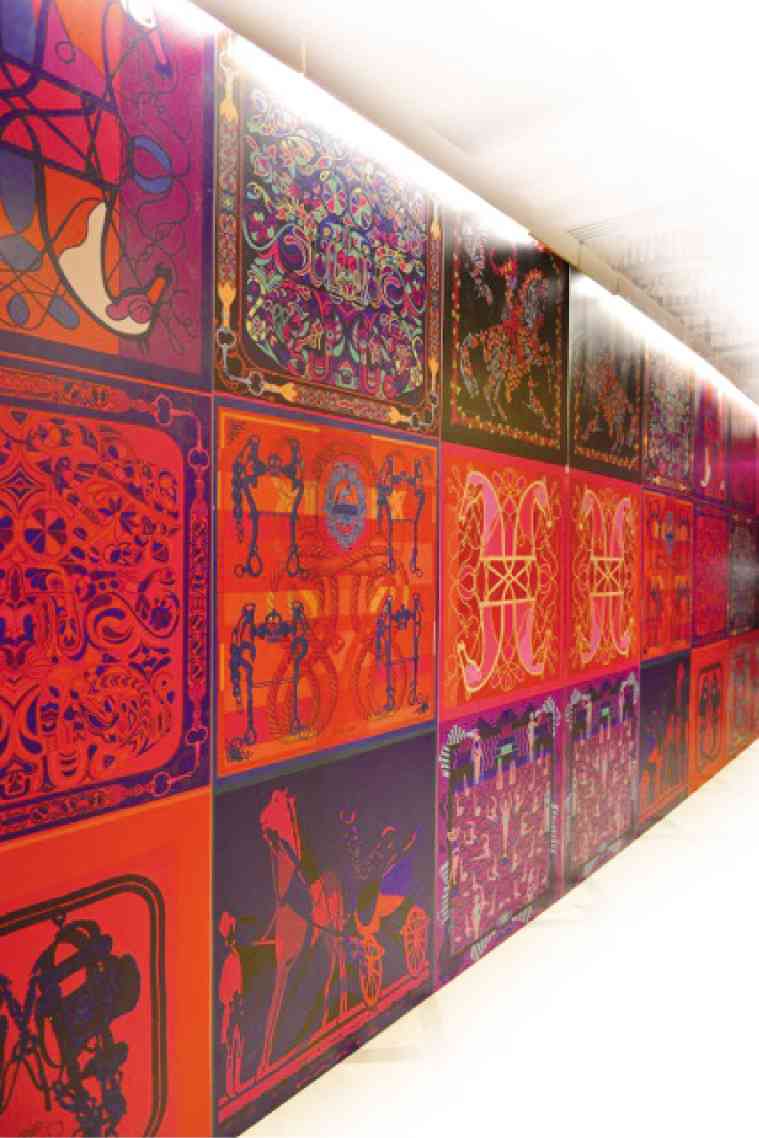 Mario Katigbak is no stranger to hosting big parties. In truth, his name has become associated with prestigious, much-copied events—from intimate cocktails to drop-dead-glam dinners—befitting the luxury brand he represents.

However, the Hermès Silk Ball last Sept. 18 raised the bar yet again. The amount of time, planning and resources he and his team spent to mount it surpassed anything they had done.

“We had been planning this event as early as January,” said Katigbak, Hermès’ country manager in the Philippines. “This is the biggest party we’ve done since Hermès came to the country in 2009.”

Following Hermès’ global thrust, the party at The Peninsula Manila’s Rigodon Ballroom had a masked ball theme. Instead of the iconic Hermès Birkin and Kelly, the stars of the party were the brand’s silk scarves.

Guests either brought their own masks or chose from a selection of French-made masks Hermès provided. Some had their faces painted in the venue’s “salon of transformation” set up by Hermès.

The theme was “Beauty and the Beast.” Women who identified with “Beauty” wore flowers in their hair, while those who wanted to bring out their inner “Beast” opted for feathers.

Whatever headdress they chose, Hermès made sure that they ended up looking beautiful and whimsical by providing the best accessories.

Manila was the fourth city after Seoul, London and Honolulu to throw such a party. Shanghai, Paris and New York are now preparing to hold their own Hermès Silk Ball.

“Based on initial feedback, Manila has done quite well,” said a beaming Katigbak.

His French guests from Hermès’ head office in Paris were pleasantly surprised at how Filipinos take such parties seriously. While women abroad chose to be more laid back and came in cocktail dresses, Manila women pulled out all the stops, so to speak, and came in their long evening wear.

“When we hear the word ‘ball,’ we always equate it with a formal, long-gown event,” said Katigbak. “Some women had formal dresses made specially for the party. The French were so impressed.”

But nearly 500 showed up for the “heavy” cocktail party.

“I was on tenterhooks until the last minute, thinking only a handful would show up,” said Katigbak.

The Hermès party was scheduled on the eve of Typhoon “Mario,” whose heavy rains ended up flooding huge sections of Metro Manila. (The typhoon would force Ben Chan to postpone

the staging of “Naked Truth” the next day.)

Held almost every year, the silk party focuses on Hermès’ rich tradition of producing silk scarves of various sizes and prints. Two years ago, Katigbak hosted a dance-theme “Swinging Silk” party at the Palladium in Makati.

To celebrate that heritage this year, which began with the release of Hermès’ first silk scarf—that’s carré in French—by Robert Dumas in 1937, guests were escorted through a maze of walls lined with colorful reproductions of iconic scarves the brand has produced through the decades.

Even the stage and photo booth had rich graphic imagery inspired by Hermès’ legendary prints and bathed in bold splashes of colors. A camouflage effect was achieved, as models and female guests draped in huge Hermès scarves posed by a wall painted in matching prints.

To encourage audience participation, dancers doing the “silk it up,” a brand of voguing choreographed in Paris especially for the event, did on-the-spot dance lessons. Dancers also squared off and “communicated” in a series of “dance conversations.”

“We also wanted to emphasize how women’s fascination with Hermès transcends generations,” said Katigbak. “That’s why we invited women from several families, but belonging to different generations.”

Indeed, the Hermès silk scarf is one classic accessory that continues to defy time and trends, and appeal to women of every age.