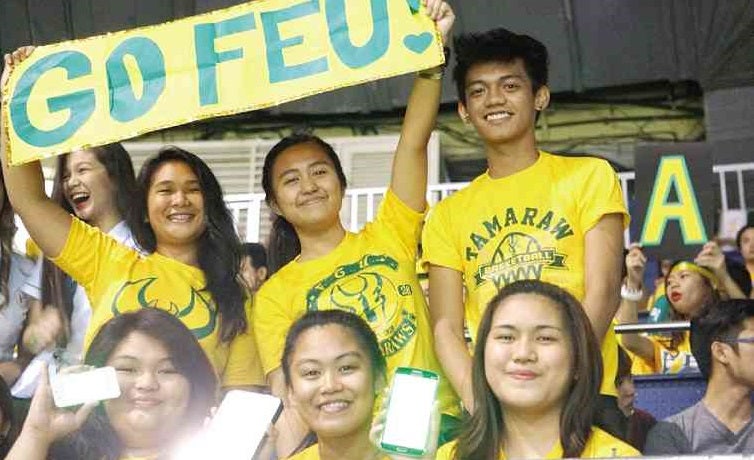 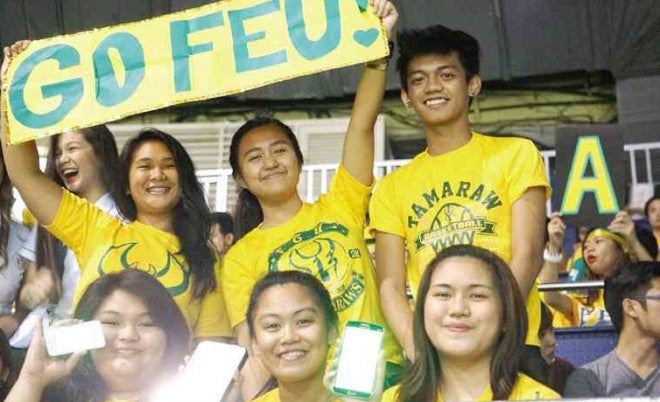 Championship games make great basketball memories. Here are some stories from the NU-FEU Finals that you’ll love sharing with your friends.

1 Sportsmanship. After the Bulldogs won game 2, a bunch of Tamaraw fans in the box section waited for the players to exit the court.

“NU, ang galing niyo,” they shouted at the Bulldogs as the players passed them by. They also gave the players the thumbs up sign.

And when their own team passed by, they hollered, “Heads up, guys! Wala kayong dapat ikahiya.”

2 Selfies galore. The Bulldogs took the time to join their fans to do selfies with the team. Those photos are going to make one heck of a profile picture.

3 Shine your lights on. NU fans turned their blue light sticks on that were distributed earlier. FEU responded by flashing their smartphones and tablets with uniform green screens. The images have been uploaded on social media.

4 Facial pride. Both NU and FEU had volunteers stationed outside the gates of Smart Araneta Coliseum, offering free face paint to their schoolmates.

5 Historic series. Those who followed the championship series saw how the FEU Bulldogs ended their 60-year title drought. They also made history by becoming the first fourth-seeded team to win the crown since the adoption of the Final Four system.

6 Record-breaking crowd. A record-breaking 24,896 fans watched game 2 at the Big Dome. The figures were further eclipsed a week later in game 3 with a whopping 25,000-plus spectators. It was the biggest crowd for a basketball game at the Smart Araneta Coliseum.

7 DIY banners. Not all banners were printed on tarpaulin. Some of them were lovingly handmade. Some were even made just before the actual game.

8 Cheer up. Nothing could ever beat being with your schoolmates and shouting your hearts out with cheers to show support for your team.

9 “We, not me.” We saw how the “we, not me” attitude played out in the third game of the finals. NU had a beast in Finals MVP Alfred Aroga, but he didn’t have high-caliber superstars by his side. Instead, he had the support of players who were coming off the bench only last year, like Glenn Khobuntin, Gelo Alolino, and JJay Alejandro.

Snaking ticket line. Lining up to enter the Big Dome was a story in itself that you would want to recount in the future. But the queue at game 3 snaked three times before reaching the ticket booths.