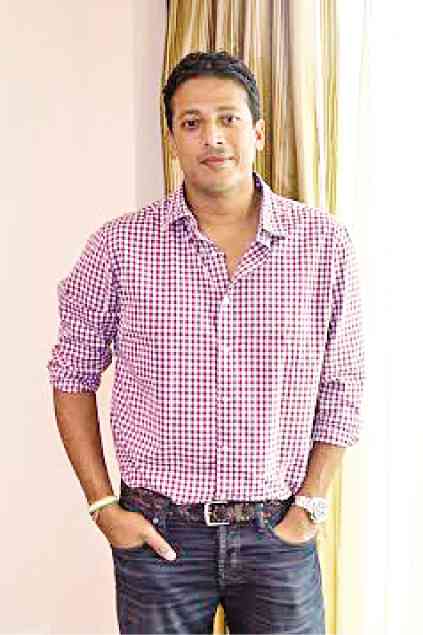 Our noisy journalism class from St. Theresa’s would drive on a Friday night to Fort Santiago to see what our speech and drama teacher Lino Brocka’s main job was

It was a call from radio broadcasting maverick and veteran impresario Francis Lumen that I had been waiting for—an invitation to have face time with Indian tennis champion Mahesh Bhupathi, who has been flying into town regularly to organize the International Premier Tennis League (IPTL) matches here in November.

So, it didn’t matter that the meeting was set for the morning—on a Sunday. Tennis buffs would know Bhupathi as the doubles champion (with various titles) from India who has played in grand slams. The forthcoming IPTL is his brainchild, and he’s devoted the past year to making it finally happen next month.

Bhupathi, who looks taller in person and is just as good-looking as he is on court, says he’s been talking to practically all players on the Association of Tennis Professionals (ATP) World Tour to join the IPTL. All—from the champions Roger Federer, Rafael Nadal, Novak Djokovic and Andy Murray to Serena Williams, Maria Sharapova. He has also asked tennis greats Andre Agassi, Pete Sampras.

Many have said yes and will join any one of the teams competing in four legs—Manila, Singapore, UAE and India. These four teams have been given names: the Manila Mavericks, the Singapore Slammers, the Indian Aces, the UAE Royals.

Sure crowd-drawers in the Manila team are Maria Sharapova, Andy Murray, Carlos Moya, Jo-Wilfried Tsonga and Filipino-American doubles champion Treat Huey. It is said that the beautiful Ana Ivanovic would also join the team. They will all be flying to Manila, and Murray is so eager to meet Manny Pacquiao.

They will play here against the other teams Nov. 28-30 at the MOA (Mall of Asia) Arena.

It is said that more than P20 million worth of tickets have been sold already in this first-of-its-kind event. The country’s tennis buffs—although nowhere near the basketball population—could be an obsessive, and spending, lot. Many are diehard fans who stay up all night watching on sports TV the grand slams (Australian Open, French Open, Wimbledon and US Open) and who certainly wouldn’t mind paying through the nose just to watch their tennis heroes in the flesh. They think it’s worth the three straight days of tennis action.

They—or we—hardly pay attention to the IPTL format. You just have to log on to its website to know the format details. What we know is that Manila is the first leg of the IPTL tour. Members of the other country teams are coming here to compete, although their names will not be known until the matches draw near.

From here the Manila team goes to Singapore to compete, and on to other legs, until the finals. The prize for the champion team is $1 million.

In the other teams are Serena Williams (whom I thought was with the Manila team), Tomas Berdych, Patrick Rafter, Fabrice Santoro (dubbed as the “French magician” on court for his swiftness and incredible agility, and whom I loved to watch on TV), Gael Monfils (the French top seed whose character on court is as colorful as his shot production), Eugenie Bouchard (the Canadian ingénue whom I know many Filipino guys will give a tennis arm and a leg for, just to see her), Richard Gasquet (another French top seed who just nearly won over Federer; in this guy, tennis is sheer talent), and the legend Goran Ivanisevic.

I’m sure names are being added on the list in the run-up to November. I asked Bhupathi why my favorite, Andy Roddick (the most quotable sports guy out there, if you ask me, excluding Muhammad Ali), isn’t playing. Perhaps next time, he said.

Each of the three days of competition has singles (men and women), doubles, mixed doubles and Legends singles. Each match has five sets. Each season pass entitles the holder to attend all three days. (For details, visit www.premiertennisleague.com and www.smtickets.com)

Of course, I couldn’t stop our chat without asking Bhupathi what are his tips to improving one’s game (mine, as if that wasn’t obvious). With the deadpan expression that I’ve noticed is typical of him, he said, “Focus. And get a good coach.” That’s it?

He also said that this was the first time he was giving an interview to a Lifestyle journalist. He goes for the Sports section. Ouch. (But Sports editors play golf, not tennis!)

We had to try to ignore the storm that Sunday just to make it to “Rak of Aegis” all the way to Peta Theater, Quezon City. And it was so worth the drive on an otherwise lethargic Sunday.

Faced with the glass and concrete façade of the Peta building, I reminded myself that I never thought I’d see the day the theater company would have its own structure—a decent façade at that—with cars queuing up to unload theater-goers.

Later, right before the show’s start, we told Cecile B. Garrucho just that, and the Peta president sounded just as incredulous, and grateful. Through the decades, we’ve seen its stalwarts like “CB” try to move heaven and earth just to build an audience for their productions, and for theater artists to keep body and soul together. Peta was then at Rajah Sulayman Theater at Fort Santiago in Intramuros, its home for decades.

That was the Peta of our college years and then early years in the newspapers, when our noisy journalism class (we were only five) from St. Theresa’s would drive on a Friday night to Fort Santiago to see for ourselves what our speech and drama teacher Lino Brocka was talking about every time he spoke of Peta, indeed what his main job was.

When he’d hear our scream (“Sir! We’re here!”) and see our bunch in STC blue-and-white uniform walking up to him, Brocka would exhale and give us a look (it was a look of half-dread, I’m pretty sure now) that seemed to say, “These Sta. Theresa girls are here again.”

Sitting through Peta’s “subversive” plays was our introduction to Philippine theater, thanks to the patience of “Sir Brocka” who, like many theater artists, needed a day job of teaching speech and drama to the “unteachable” girls like us, just so he would have the money to pursue his true passion, the theater and directing. (I can never forget how a classmate’s version of “Oh Captain My Captain” in class almost gave him a cardiac arrest. His youthful energy saved him that day.)

Our journalism teacher then, Bibsy Carballo, brought in Brocka into the college faculty, even if on a part-time basis, with her other colleagues, Margot Baterina (who became Inquirer World editor) and Laurice Guillen, the young, pretty and very fair Cebuana who taught us English literature. “Miss Guillen” was so soft-spoken and demure that half of the class was in love with her.

In those years, there was no way we could have known that Sir Brocka would be a National Artist and Miss Guillen would be one of the country’s foremost movie directors.

And then, who would have known that Peta would finally have the spending, chauffeur-driven matronas of Forbes lining up for its fare, that its tickets would sell out, and a mainstream audience filling up its theater at last?

“We built this, Lego-style,” CB told us that Sunday. “This stage first, then the other parts of the building followed, like you built a Lego.”

CB noted how, after Fort Santiago, Peta moved home 14 times, and how, when it rained, its sets would get soaked and the regular runways threatened.

But, CB added, now here they are, in a home funded by a religious institution (Interchurch Organization for Development Co-operation) and the Phinma Group (led by Ramon del Rosario Jr.) and other benefactors.

In 2017, Peta will celebrate its 50th anniversary, and it’s unfortunate that Brocka didn’t live long enough to see it.

If there’s one Filipino musical you must see this year, make it “Rak of Aegis.” It’s been well featured and reviewed in Lifestyle’s Theater section (comes out every Saturday). You come away feeling proud of the Filipino’s theater artistry, and more so, the Filipino character that displays humor, romance, musicality, indeed nobility, amid squalor—in the baha.

Directed by Maribel Legarda and written by Liza Magtoto, “Rak” extols the Filipino’s humanity—our grace and faith in the face of hardship and disaster. Its stars Robert Seña, Isay Alvarez, Aicelle Santos, Myke Salomon (also its musical director), Jerald Napoles, among others, made our Sunday and added to our trove of enriching moments in theater.

Like the visual arts scene, Philippine theater is more dynamic now than it’s ever been. It must be part of your weekend.

“Rak” will have a rerun in December.

This weekend, if you’re not tied up queuing at H&M, drive over to SMX Convention Center for the Citem Manila Fame. (See related story) You will see the best designs of Filipino artists and entrepreneurs in home and fashion. You will not go home empty-handed.