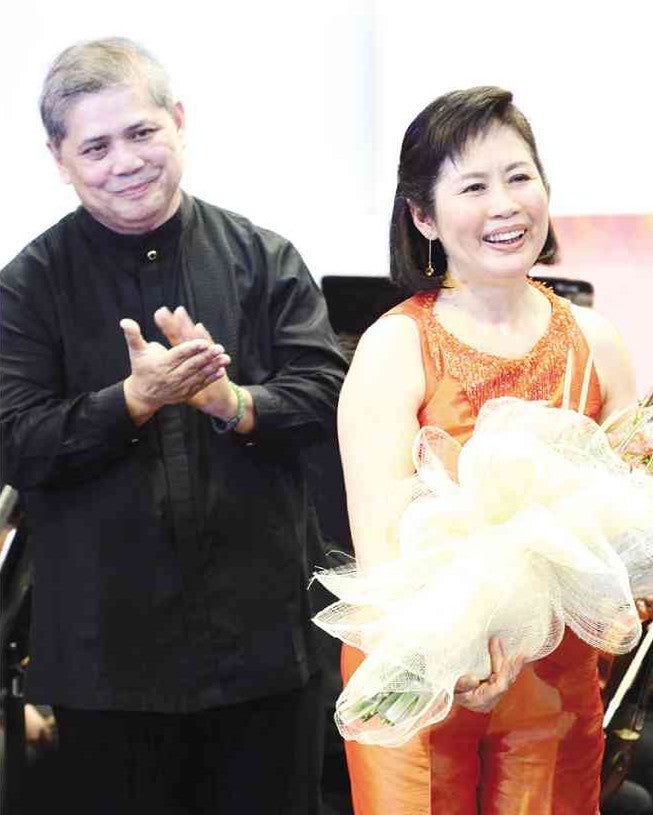 Billed “Gershwin Plus,” the concert will feature works of other composers such as Bernstein, Copland and Dvorak.

Coyiuto says the spirited melodies of the late American composer inspired her to select the piece for the concert.

“After having performed the Khachaturian Concerto last year and the Mozart K488 this past July, I thought it would be quite interesting and fun to do a different genre this time with the MMCO—the Gershwin Concerto in F,” she says.

“What attracted me most to this piece was its exciting rhythms, with a touch of Charleston dance and blues, the unique combination of jazz and classical elements, interjected with a bit of the American Broadway theater, ” she adds.

Poetess of the Piano

Coyiuto is considered one of the country’s most outstanding and admired pianists. She continues to enjoy overwhelmingly critical acclaim.

Her concerts have earned her such titles as Pianist’s Pianist and Poetess of the Piano. She has been hailed a “virtuoso” for “carving out singing tones.”

A recipient of a Master of Music degree from the Juilliard School, New York, Coyiuto was a lauréate of the Académie Internationale de Musique “Maurice Ravel” in St. Jean-de-Luz, France, and Genève Conservatoire in Switzerland.

She has given numerous recitals and appeared as an orchestral soloist in the US, Canada, United Kingdom, France, Switzerland, China, Taiwan, Hong Kong, Singapore and the Philippines.

Toledo is founding music director and conductor of MMCO. He has been given the Outstanding Young Man award. He is noted for premiering works of Filipino and Asian composers.

As conductor of the MMCO, he has led orchestra in 14 concert seasons, all to critical acclaim.

“Gershwin Plus” will also be mounted at Santuario de La Salle in Bacolod on Nov. 19; Luce Auditorium at Silliman University, Dumaguete City, on Nov. 21-22, with selections from “Harry Potter” and the “Phantom of the Opera.”

The concert is presented with the support of Prudential Guarantee, PGA Cars, Air21, Cebu Pacific, Lyric Piano, and Lettered L.