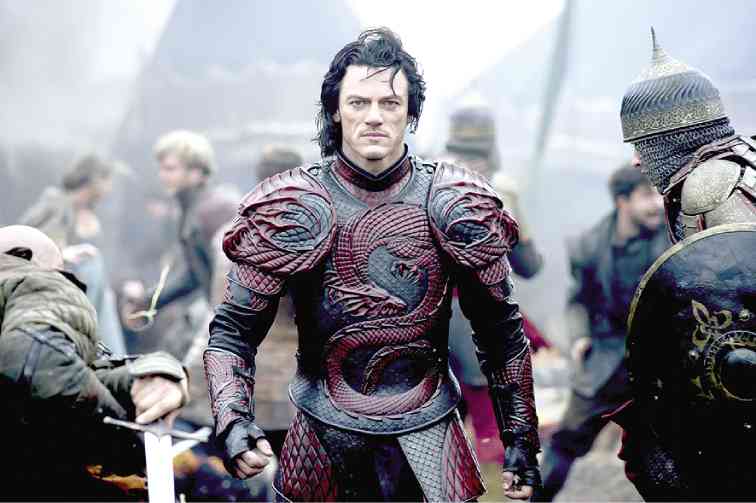 Almost an entire century after the world’s cinematic introduction to Dracula placed audiences under his haunting spell, the studio that pioneered the genre reawakens one of legend’s most captivating figures in an action-adventure that heralds a pulse-pounding rebirth of the age of monsters.

Luke Evans (“Fast & Furious 6,” “The Hobbit” series) transforms from the cursed man history knows as Vlad the Impaler to an all-powerful creature of the night in Universal Pictures’ “Dracula Untold,” the origin story of the alluring immortal we have come to fear as the sun sets: Dracula.

The year is 1462, and Transylvania has enjoyed a prolonged period of peace under the just and fair rule of the battle-weary Vlad III, Prince of Wallachia, and his beloved and brave wife, Mirena (Sarah Gadon of “The Amazing Spider-Man 2”). Together, they have brokered peace for their country and ensured its people are well-protected, especially from the powerful Ottoman Empire-an ever-expanding scourge that has its sights on global domination.

But when Sultan Mehmed II (Dominic Cooper of “History Boys” and “Mama Mia”) demands 1,000 of Wallachia’s boys—including Vlad’s own son, Ingeras (Art Parkinson of HBO’s “Game of Thrones”)—be torn from their parents’ homes and forced to become child-soldiers in his army, Vlad must decide: do the same as his father before him and give up his son to the sultan, or seek the help of a monster to defeat the Turks but ultimately doom his soul to a life of servitude.

Vlad journeys to Broken Tooth Mountain, where he encounters a foul demon (Charles Dance of “Game of Thrones”) and enters into a Faustian bargain—one that gives the prince the strength of 100 men, the speed of a falling star and enough power to crush his enemies. However, he will be inflicted with an insatiable thirst to drink human blood.

If by the end of three days Vlad manages to resist, he will return to his former self, and perhaps in that time manage to save his people.

In his feature-film directorial debut, Gary Shore helms the action-adventure “Dracula Untold” from a screenplay written by Matt Sazama and Burk Sharpless (“Gods of Egypt”).

Since the publication of Bram Stoker’s definitive “Dracula” in 1897, one of the most enduring literary and popular characters of our time has been explored in film, animation, literature and music, and is as relevant today as he was when his creator spawned a cultural phenomenon almost 120 years ago. Although Dracula’s presence remains ubiquitous in culture, it remains surprising that the origins of this undead icon have never been explored on film.

While the man history calls Dracula, for all intents and purposes, was actually a real historical figure, just as terrifying to millions of people are the vampires of ancient myth. Found in almost every culture and language on Earth—from the Babylonians’ Lilitu, a succubus who thrived on babies, to the iron-toothed Asasabonsam of the Ashanti peoples of Ghana—the legend of blood-sucking creatures of the night may be traced back thousands of years. But it was not until the 10th century, in Slavic Europe, that the word “vampire” first appeared in modern language.

Vlad III was born in 1431 in Transylvania. As a child, he and his younger brother were sent by their father, Vlad II, as hostages of Sultan Murad II to Constantinople, where they were held for six years and trained in warfare.   As Transylvania was located between two empires-the Ottoman Turks and the Austrian Hapsburgs-the young noblemen lived in a time of constant war, and certain sacrifices had to be made.

Vlad III grew to become a ruthless conqueror whose favored method of meting out torture was to impale people and leave them writhing in agony for days.   This terrifying fact is what earned him the posthumous nickname of Vlad the Impaler (aka Vlad Tepes).

Because his father belonged to the Order of the Dragon-a secretive organization of Christian knights-that fought the Muslim Ottoman Empire, Vlad II took the name Dracul, which is roughly translated from Romanian into “dragon/devil.”