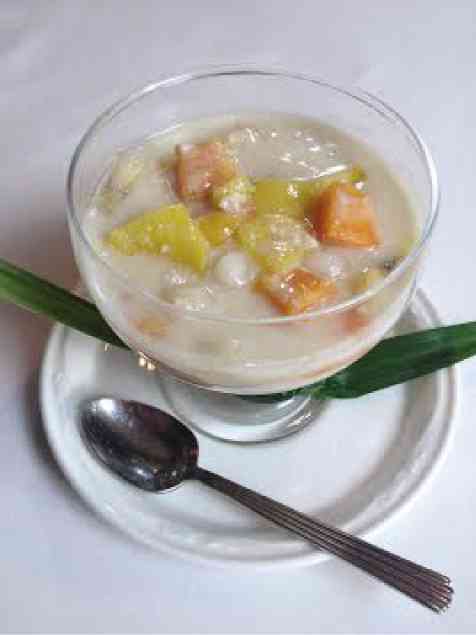 Bulacan is known for some of the best delicacies in the country—and some of the greatest chefs, too. Among them is the mild-mannered Jessie Sincioco, whose notable culinary career has spanned over three decades.

She continues to impress with her fine-dining restaurants—Chef Jessie Rockwell Club, Top of the Citi by Chef Jessie and 100 Revolving—and in-demand catering company.

Born in Angat, Bulacan, Jessie grew up with a affinity to kakanin making. “My grandmother and mom Carmen make really delicious biko and bibingka with lots of latik on top,” she recalls.

“I also remember enjoying their puto lansong. It’s similar to biko, only it’s purple because purple rice is used. It is so smooth since the rice is milled and loses its grainy texture.” Jessie now makes her family’s delicacies, including bibingka, puto, suman and sapin-sapin, for her restaurants.

The palarusdos is an heirloom recipe. “Whenever my mom makes it, it always comes out special and extra delicious because she puts latik in hers.” This recipe is an adaptation of her mom’s specialty, and though it doesn’t have her secret ingredient, it remains to be a delectable treat that is steeped in history—that of Bulacan and her family.

In a bowl, mix rice flour and water to form a soft dough. Roll dough into a big ball.

Cover with wet cloth. Set aside.

Dust hands with rice flour. Using your palms, form dough into small balls (bilo-bilo). Arrange the balls on a cookie sheet. Set aside.

Boil 3 cups of water in a medium pot. Add taro and sweet potato and simmer for 10 minutes, stirring frequently to avoid having the mixture stick to the pan.

Add sugar and salt. Stir until dissolved. Gradually, add coconut milk while continuously stirring until the bananas and the bilo-bilo are cooked. Cool for a few minutes.

Divide and serve in individual cups. Top with jackfruit strips just before serving.