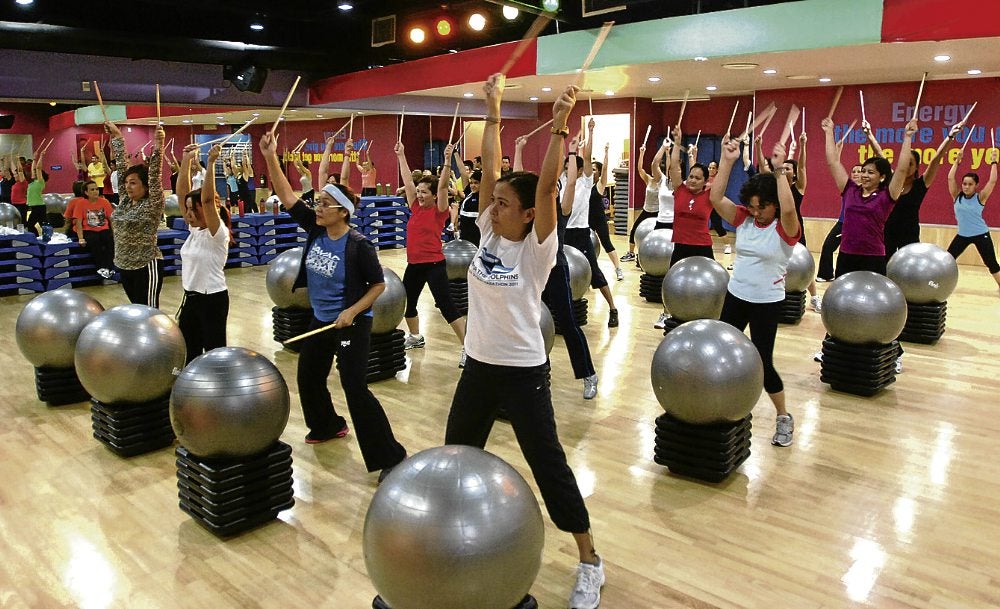 MANILA, Philippines—Filipinos have among the worst health habits in Asia, according to a new research from Sun Life Financial Asia covering eight major markets in Asia Pacific.

Over 60 percent of Filipinos also said they have not been exercising regularly, exceeding the regional average of 56 percent, and almost at the same level as Hong Kong, Thailand and Malaysia.

The Sun Life Financial Asia Health Index, a regional report that covered the Philippines, China, Hong Kong, Indonesia, Malaysia, Vietnam, Singapore and Thailand, likewise showed that Filipinos had the highest levels of family history of chronic illness (19 percent versus the average of 13 percent).

They also scored highest in terms of largely preventable health conditions experienced by family members, such as diabetes (47 percent versus the region’s average of 32 percent) and heart disease (43 percent compared to 23 percent for the region).

But Filipinos also showed the highest motivation to attain and maintain a healthy lifestyle with a score of 86.8 on the Asia Health Index, which measures attitudes, perceptions and behavior relating to health, lifestyle, priorities, healthcare access and personal finances, outpacing the region’s average of 80.1.

Sun Life Financial Philippines President Riza Mantaring said in a briefing on Thursday there has been a “disconnect” between what Filipinos wanted to do about their health – like exercise more and eat a more balanced diet – and what they have actually been doing.

“While people want to make changes in areas of their lives that are largely within their control, such as exercise, nutrition and stress management – that desire hasn’t yet been successfully translated into action that leads to sustained behavior change,” Mantaring said.

Perhaps one reason behind the wide gap between knowledge and action is that Filipinos are the most positive about their physical health (77 percent versus 62 percent for the region) and mental health (81 percent versus 64 percent).

They also outperformed the region when it came to relationship with family, level of happiness and level of energy.

Hong Kong and Singapore, on the other hand, were the least positive about their physical, mental and emotion health.

Singaporeans and Hong Kong citizens were also the most dissatisfied about their level of energy, according to the inaugural study of Sun Life.

The Sun Life Asia Health Index was based on the findings of a survey conducted between Aug. 21 and Sept. 11, 2014 among 5,000 middle-income Asians from the Philippines, Hong Kong, Malaysia, Indonesia, Vietnam, China, Singapore and Thailand, aged 25 and 55.

The sample population was questioned on their attitudes toward healthy and active living, health concerns for the future and expectations on access to vital healthcare.

Mantaring said the survey findings for the region revealed the emergence of Asia’s so-called “Generation O” – a demographic that has been “overworked, overweight and generally overwhelmed.”

Filipinos said their main barriers to living a healthy and active lifestyle were lack of health-related activities that interested them, and dearth of good sports and recreational facilities.

For the region, the main reasons cited for failure to lead a healthier lifestyle were lack of time due to work, lack of motivation and distractions, such as watching TV and surfing the Internet.

Being overweight and obese was also cited as the main personal health issue hounding Asians. Obesity levels in the Philippines, however, are still below the region’s average, and well behind the numbers in Thailand, Malaysia and Hong Kong.

The Sun Life Asia study also indicated that while Filipinos were the most optimistic in the region, they were also the most concerned about the cost of health care upon their retirement, followed by Singapore, Malaysia and Indonesia.

This is why Sun Life in the Philippines plans to roll out a new line of products that will help cover health care costs.

At the same time, Mantaring said that the insurance company would invest in programs that would encourage Filipinos to turn their plans to lead a healthier lifestyle into action.

“As part of our call to the ‘Generation O’ of the Philippines to convert awareness to action through better, healthier choices, we at Sun Life continue to explore ways to raise awareness about wellness and health-enhancing behavior toward improved physical and financial well-being,” Mantaring said.

‘’It’s time to embrace opportunity and to work together toward better outcomes all around.”