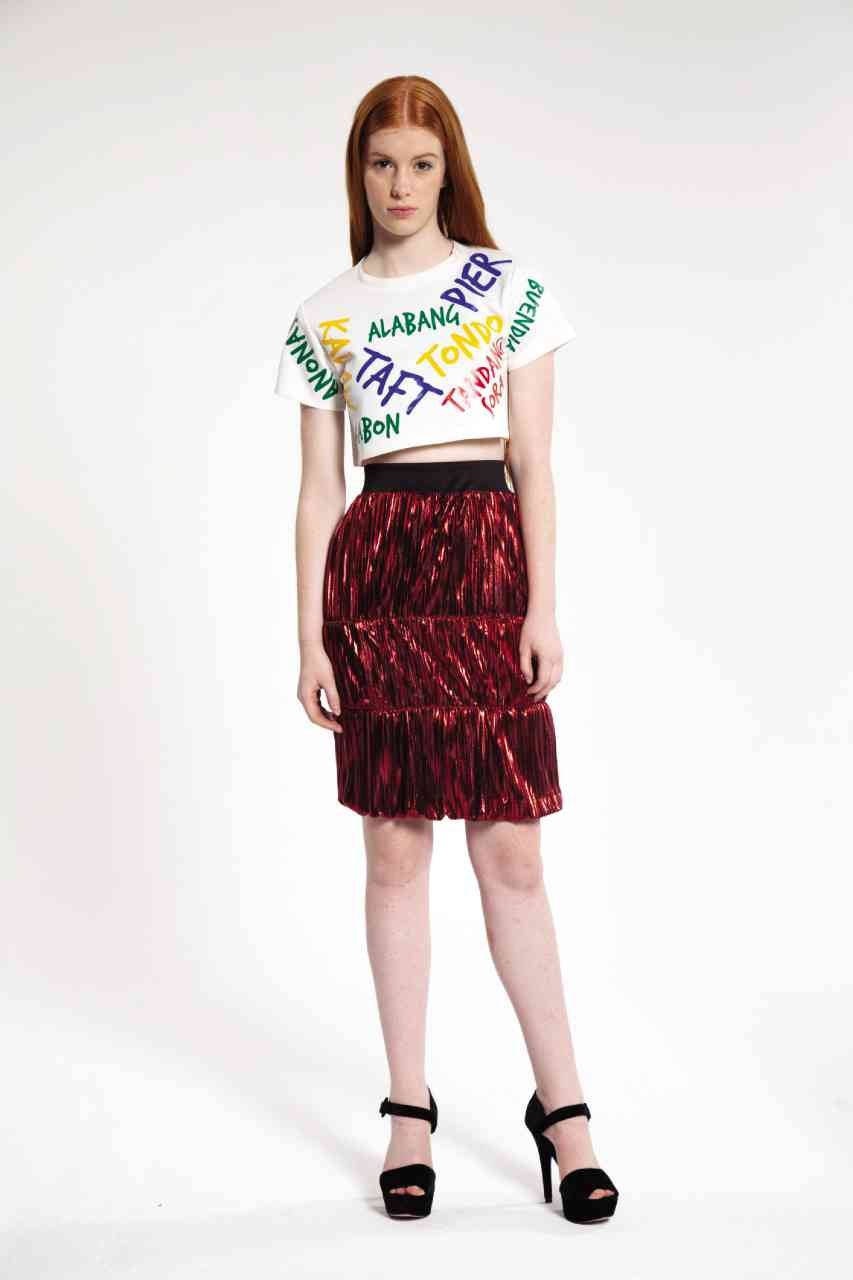 Against all odds and naysayers, Joey Espino is pushing through with Philippine Fashion Week (PFW).

Largely funded by Espino, its founder and executive producer, PFW has been downsized to a three-day event from a week-long program that once presented over 100 designers and brands. Opening Friday till Oct. 26 at the SMX Convention Center, PFW Spring/Summer Collection 2015 has been pared down to nine local designers, two local brands and four labels under SM.

PFW is more than just a venue for brands to show their collections in the next six months. Foreign labels such as Forever 21 and Spanish brands Uno de 60, Suiteblanco and Sfera use it as a forum to reinforce their identity in an emerging market like the Philippines. For local brands Kashieca and Human of Suyen Corporation, participation in PFW is about image.

“What is the aspiration of the Filipino designer? To come up with 10 pieces for Fashion Week? Are these designers whom we look up to?” Espino muses. “Filipinos have this mind-set of waiting for clients to come to their shops and have their made-to-measure clothes. The scenario has changed. Designers, who were famous 15 years ago, have faded. New ones are emerging,” says Espino.

As in most Fashion Weeks worldwide, Espino underscores that PFW’s immediate purpose is to drive sales and make the runway styles appeal to more people.

After the show, booths will be set up for the audience to inspect the clothes, purchase or place orders.

“It’s not enough that you present your collection, take a bow and people leave the ballroom. The public should know where to buy your clothes, who you are, what’s your line, should there be a need for interaction,” says Espino.

PFW experimented with this system during the launch of SM Woman last season. In two hours after the show, SM raked in P46,000.

For several seasons, Espino veered away from the traditional concept of a fashion show as spectacle. He’s been educating designers that the styles for the runway should subsequently make it to the store racks and sway more consumers. He urged them to make the clothes less theatrical and less pricey, and more relevant to the lives of the wearers.

Espino cites Jeffrey Rogador as a practical success. In a past PFW event, Rogador produced cropped T-shirts with graphics of local destinations, inspired by the font types on jeepneys. With its impact in PFW, the T-shirts were said to have cost as much as P7,000.

When Folded and Hung ordered 2,000 pieces to be launched in its stores next month, the graphic T-shirts will become affordable and accessible to a wider market. Meanwhile, knock-offs of the T-shirts have been discovered in Divisoria. Rogador, by the way, represented the Philippines at the Mercedes-Benz Stylo Asia Fashion Week 2014 in Kuala Lumpur.

Philippine Fashion Week started out in 1997 as a mall show featuring the imported stores in Glorietta.

When fashion maven Josie Natori tapped Espino to direct the launch of her lingerie line in the Philippines, she sent him to the US to observe New York Fashion Week. It was an eye-opener for him to see American brands and designers using Fashion Week as a platform to influence the public.

“I thought we should have this in the Philippines, too, so that people would understand what fashion is all about,” Espino recalls.

As a sought-after fashion show director, Espino gathered his clients and designer friends to participate in PFW. The venues had moved from malls to hotels to tents, until it reached the SMX Convention Center. PFW represented the whole gamut of the fashion scene, from provincial designers and students from fashion schools to the veterans.

For so long, Espino funded the event, with the help of a few sponsors in some shows. Previously, designers never paid for participation. Today, with the scaled-down PFW, designers pay a P50,000 registration fee, which is a worldwide standard. Espino says that the amount is small change compared the P1.5 million production cost of a solo show.

“Filipino designers need to understand, where is Fashion Week going? We’ve been holding two season collections a year for almost eight years, going on nine. Designers are getting accustomed to making collections twice a year. Every six months, they have to come up with something new. Ten years ago, it wasn’t like that. As long as you did a gala show, you became famous. They thought that you carried the market in your hands.”

Espino also cited the role of technology, such as social media and live streaming, in changing the fashion landscape.

Abroad, the public has immediate access to view the fashion shows online. This is part of a wider tactic for designers and brands to connect with their consumers. Espino hopes that local designers can use technology to conduct their businesses.

In the case of PFW, the website, video and e-mail blasts have stirred up curiosity in other countries. The postings gave the world the impression of a thriving fashion industry. He also adds that, thanks to the Internet, Filipino designers have received inquiries from foreigners.

Still, Espino observes that the influx of foreign labels is both a boon and a bane. To keep abreast of global trends, the Philippines must welcome foreign brands as they practically dominate the malls. He hopes that with the competition, local brands and designers would be more innovative, and subsequently, they would find their niche in the global market.

“If you produce one outfit and sell it, that’s called a sample or prototype. Not a lot of people could enjoy that. It’s not fashion in full swing. We have to make things more practical,” says Espino. “Filipino designers need to sell now or never.”