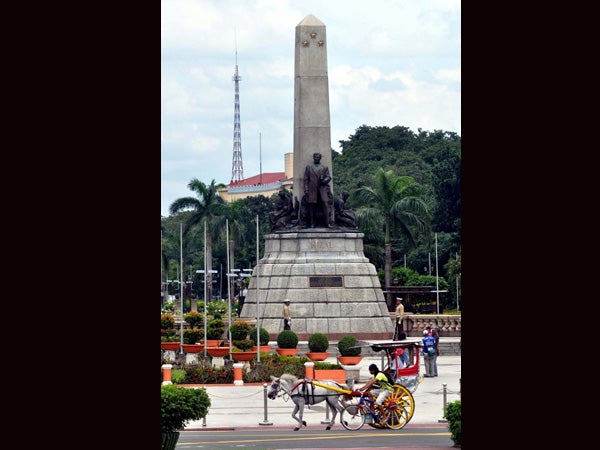 Gantimpala Theater Foundation is looking for a new home

The building will be demolished to give way to park renovations. Part of the refurbishing will supposedly include a canopy being built for the park’s open-air auditorium, where the Concert at the Park series is held. The Philippine Philharmonic Orchestra is scheduled to perform this month to reopen the auditorium to the public.

“We are now on the lookout for a new home. Any referrals would be appreciated,” says Jun Pablo, Gantimpala chair and president.

“Our wish list is this: a location in Metro Manila convenient enough for members and artists to reach the place; an area where the company could house its office, hold rehearsals and a storage portion for costumes, sets and props; a lot area of probably 300 to 500 sq. meters, preferably with an existing structure,” says Pablo.

“A warehouse-type structure would seem ideal. We could hold productions in that kind of space (similar to Whitespace in Makati or Sinag Arts Studio in Mandaluyong).

“An old house may suit us as long as other residential dwellers wouldn’t mind the volume of people coming in and out of the venue,” he adds.

Also, “affordable rent that’s within the company’s budget. Or, even better, if the space could be used by Gantimpala for free, in exchange of services that Gantimpala could give, as is our present setup with the National Parks Development Committee.”

It remains to be seen where the group’s new office space will be, but real estate developments have been incorporating or preserving spaces for the performing arts in recent years.

SM Development Corporation has announced it “will save and preserve the culturally historic Philam Life Theater” in Manila.

The Public-Private Partnership Center has announced that it will be providing funding support for the Department of Finance’s Manila Heritage and Urban Renewal Project, which aims to “preserve heritage buildings and landmarks” including “the preservation of… Manila Metropolitan Theater.”

Megaworld’s Resorts World Manila has the 1,500-seater Newport Performing Arts Theater, which recently presented Full House Theater Company’s “Priscilla, Queen of the Desert” (currently on a Singapore tour until Oct. 26) and is now hosting a touring opera production of “Noli Me Tangere” from the United States.

Solaire Resort and Casino will house Lunchbox Theatrical Productions/Concertus Manila’s touring production of the musical “Chicago” (Dec. 2-21) in its 1,700-seater The Theatre.

Ayala Land’s Circuit Makati, meanwhile, has announced the development of its 1,500-seater Circuit Makati Theater and its Circuit Lane, a black box theater. The developer aims to build on the location’s performing arts heritage: in the 1900s, the 3,000-square-kilometer Santa Ana cabaret was the largest in the world.

Espejo was the first Filipino student and first Asian scholar at London’s Royal Academy of Dramatic Arts, graduating with a diploma in Production and Stage Management.

He was one of the pioneers of dinner theater in the late ’70s, staging Jose Javier Reyes’ 1977 Taglish adaptation of Mart Crowley’s “Boys in the Band” (which included Inquirer Lifestyle contributing writer Larry Leviste and current Tanghalang Pilipino artistic director Fernando “Nanding” Josef in the cast).

That same year, Espejo established at the Cultural Center of the Philippines the Gantimpala Pool of Talents, a group whose objective was to stage the winning entries to CCP’s (now defunct) annual playwriting contest.

The group had its first few performances at the end alcove of CCP’s third floor Main Gallery. Espejo recommended to then CCP president Lucrecia Kasilag to transform part of the ground floor canteen into a black box theater, where the group eventually staged all its productions.

The theater was called Bulwagang Gantimpala, which also became the company’s name. (At that time, the other CCP resident theater company was National Artist for Theater and Literature Rolando Tinio’s Teatro Pilipino, holding court at Tanghalang Aurelio Tolentino, then called Little Theater.)

Following the 1986 Edsa revolution and change in government administration, Gantimpala’s 1987-1988 season became its last at the CCP.

Away from the auspices of the government, the group was renamed the Gantimpala Theater Foundation. (The theater it used to occupy was later renamed Tanghalang Huseng Batute.)

The group held office and rehearsal space (and performances) at Manila Metropolitan Theater for a decade, moved to Makati for a few years, before settling in Luneta.

Espejo employed the “Four Classics” as a fixture of Gantimpala’s annual season lineup. Still being staged now (with occasional new versions), the productions are popularly described as the “curriculum plays,” referencing GT’s advocacy of using theater to augment schools’ instruction of classic Filipino texts, since all four texts are required reading in high school.

Gantimpala Theater currently stages performances at Luneta Park’s open-air auditorium, the Armed Forces of the Philippines Theater in Camp Aguinaldo, Quezon City, and in various theaters when touring its productions.