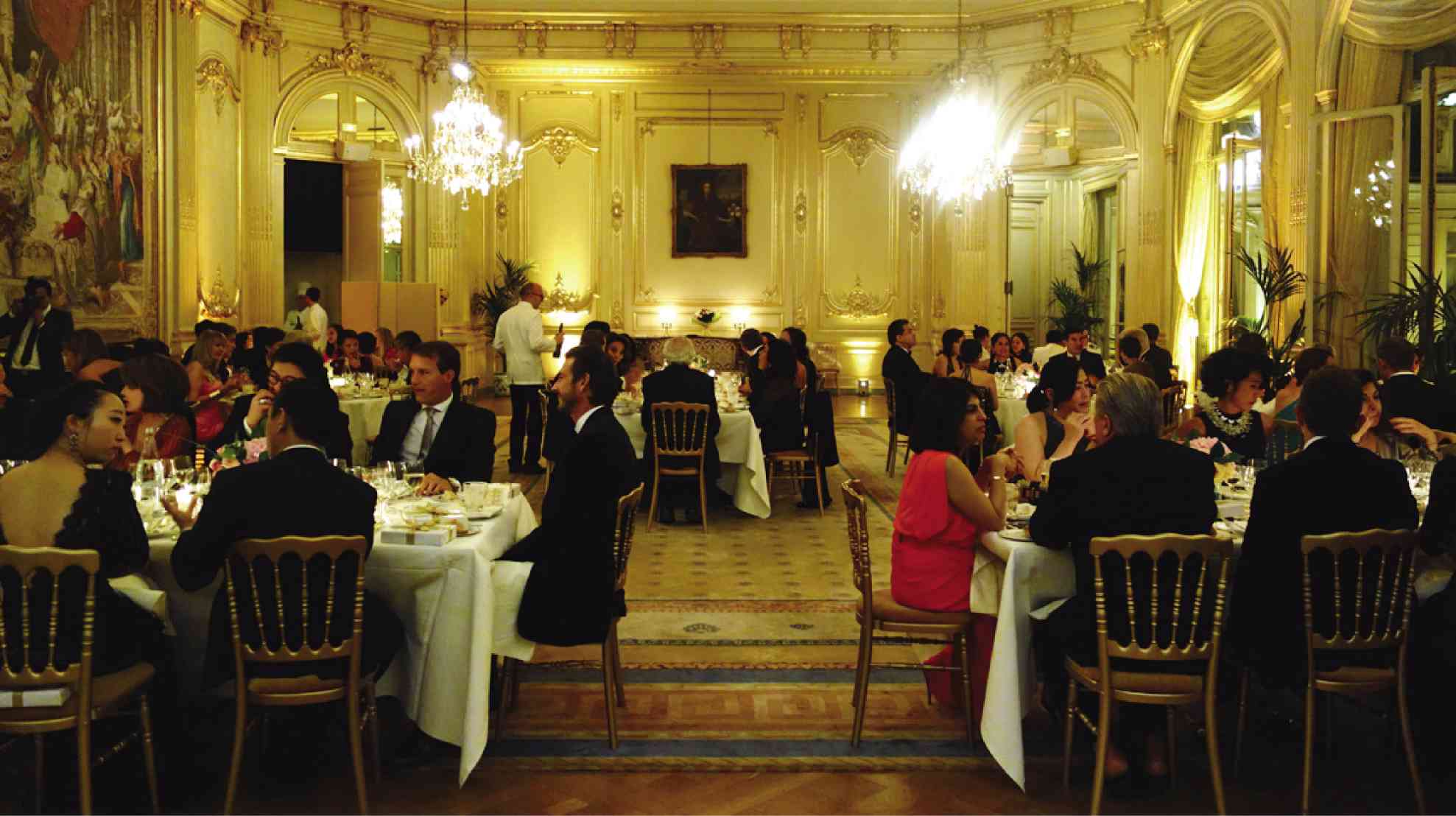 THE GRAND five-course dinner at the Palacia Salon

September in Paris is one of the best times to visit the City of Light, with the end of summer and beginning of fall.

There were many activities in Paris this year, such as the Biennale des Antiquaires, Maison et Objet, opera, ballet, and not to forget, Fashion Week at the end of September.

But the main reason I went to the French capital was to be at the grand three-day birthday celebration of my dearest pal and sultan of style, interior designer and architect Jonathan Matti, no less.

The celebrator hosted the first night at the prestigious private club Cercle de l’ Union Interalliée, located right next to the Élysée Palace on Faubourg Saint-Honoré.

The chic black tie/evening dress affair started with cocktails and finger food at the library, dahlings, followed by a sit-down dinner in true Jonathan Matti fashion, at the stately Foch Room, overlooking the courtyard and gardens of the Palacia club.

The couple always creates quite a stir wherever they go, and for tonight, they were impeccably dressed: he in Berluti and she in Prada. In the city of beauty and romance, they were the perfect vision of a romantic couple, dahlings.

Meanwhile, Jackie Ejercito-L was stunning in a Jil Sander gown; Jobee Arambulo-Shemtov in Balenciaga jetted in from London and joined the party; and witty Kitty Go looked divine in a black Chanel gown, dripping with South Sea pearls, on her low-low bare back, wow!

On her very first social affair after being widowed, Babette Aquino-Benoit came in a gorgeous black Valentino number with Maleficent red lipstick and vamp red stilettos with five-carat button earrings to add a touch of glitter and twinkle.

Our dear “Babushka,” was escorted by tall and handsome Dr. Nathaniel Akonine. She declared, “There should be no more winters in my life, I have decided to follow the sun and stay joyous and blissful.”

Jojie Dingcong was looking fab in a bespoke tuxedo paired with long shogun palazzos by Yohji Yamamoto and Lanvin accessories.

Naturellement, dear Jonathan was having a ball. Thirty of his close friends came from Manille as well as from London, New York, Los Angeles, Buenos Aires, Hong Kong, Shanghai, Singapore, and even St. Petersburg in Russia.

Jonathan shared the traditional blowing of the candles on his birthday cake with other September-born Virgos such as best friend, private banker Andrew Gan, Katrina Legarda,  Edu Manzano and French businessman Patrick Renucci.

From the younger set, there were Indonesia’s young tycoon Andri Mondong; Queenie Cao in a Celine gown with Graff jewels, having a nice chat with polo aficionado Paola Zobel and ophthalmologist Dr. Glenn Carandang, natch.

At a quieter corner of the room was our celebrator’s elegant mother, Marilyn Matti. She was with Victoria Preysler Tuason, Vivian Tan-Uy and Estela Lopez. The latter was having a “family reunion” with her cousin, London-based Suharto Reyes and wife Rina, who was in a Zac Posen.

The excellent Fifi L’Amour bubbly overflowed as the evening went on with guests taking to dance floor as a DJ spun tunes.