Kissing scene between Alexander and Anne a challenge until... | Inquirer Lifestyle ❮ ❯ 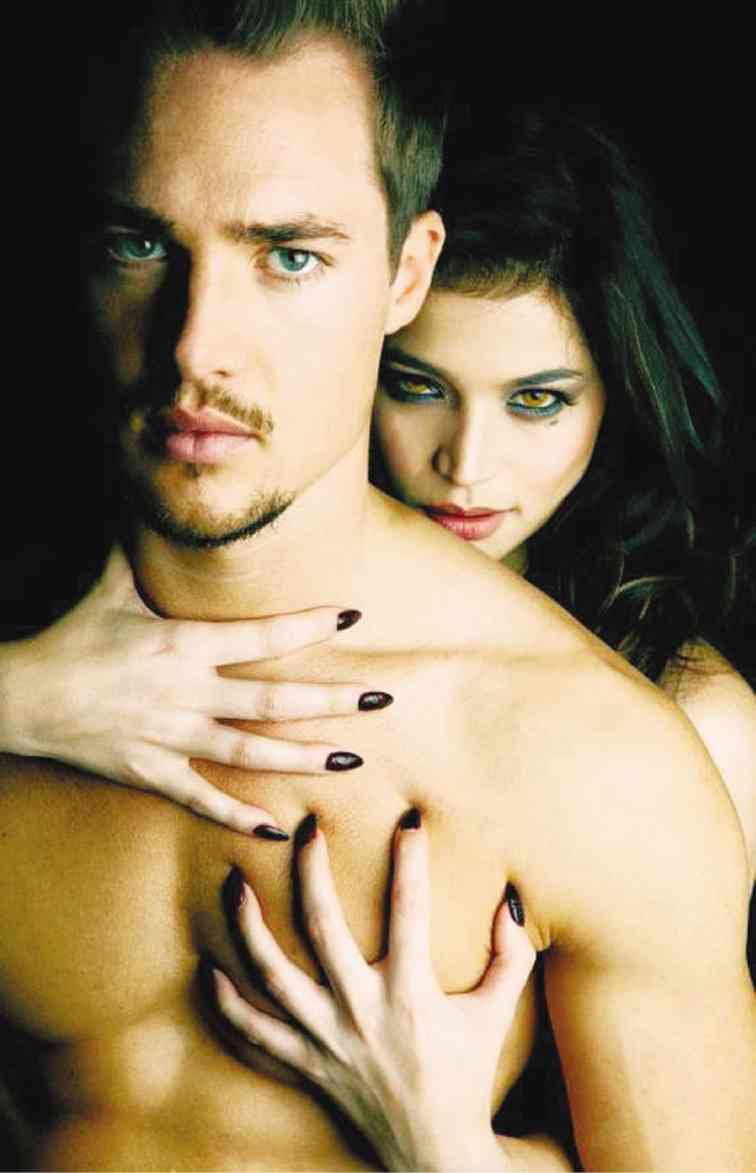 A PUBLICITY still from the upcomingmovie “Blood Ransom”

Kissing scene between Alexander and Anne a challenge until…

Alexander Dreymon may not yet be a household name, but for fans of the the series “American Horror Story: Coven” on US cable channel FX, he is known as the lone hunk in last season’s bitch fest. For five episodes he played the clueless boy next door with theater actor Patti Lupone as mother, and a coven of witches as neighbors.

Despite his short arc on the popular series, he managed to be chased by rabid zombies, fought over by his neighbors, and smothered by his overbearing mother.

Dreymon was in the country recently to promote the movie “Blood Ransom,” written and directed by Filipino Francis de la Torre.

He was joined by costar Anne Curtis, who plays the boss’ wife, whom he ends up falling in love with. It’s a regular love story, right? Only if you consider vampires and blood lust regular movie fare.

“In the movie, I accept a job as a driver for a man who’s extremely wealthy and is the owner of a strip club. I’m hired to drive Crystal around but I fall in love with her, and become determined to help or save her in any way I can, even if it’s at the expense of my own life,” Dreymon told Inquirer Lifestyle.

He described “Blood Ransom,” shot over two years ago in the US, as “a beautiful love story.” He amended this, however, saying “beautiful might not be the right word.”

“Blood Ransom” is his second role in the suspense/thriller genre but he’s not afraid of being typecast. “I’ve also played a German Nazi twice but I didn’t get typecast. I chose to do this project because I felt a strong connection immediately after meeting the director.”

Dreymon said that de la Torre had been looking for a Filipino actor for the role, but went with him in the end because the director also felt a connection with the young actor. Dreymon tends to build on these connections rather than let go of them once a project, series or movie wraps up.

“I can’t say I would like to have Patti (Lupone) as my mother in real life,” he said, laughing, “but she’s become a dear friend to me. She’s a great, great lady, she taught me a lot.”

His costar, Curtis, has only good memories of the month-long shoot for her first “foreign” film.

“I auditioned for the role and got it. It was really nice to work in a different environment and with different people,” she told Inquirer Lifestyle. There were a few challenges, however, including a kissing scene with Dreymon where the director required numerous takes.

“I had quite a difficult time understanding what the director was looking for… until finally, Alexander told me straight up, ‘Anne, I think Francis wants us to French kiss.’ I’ve never French-kissed in any of my films or TV shows but I just quickly said, ‘Oh, okay, game.’ It got Francis’ approval and it was a perfect take,” she said.

While it took over two years before the movie was considered done, Curtis said she knew the post-production would take a long time. “Madugo sya, as in literally madugo (bloody). When we were shooting the movie, I wasn’t wearing any fangs, but in the trailer I actually have fangs,” she said.

The journey from shoot to movie house might have taken longer than expected, but Curtis said the Oct. 29 regular run makes perfect sense: “Halloween is just two days away.”