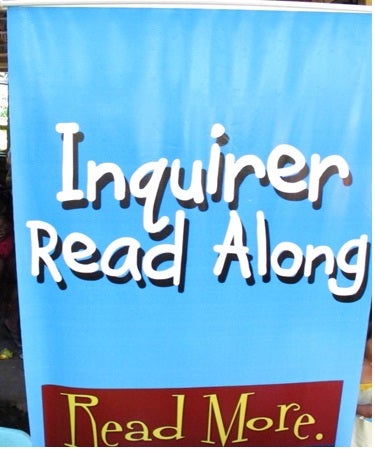 MANILA, Philippines—Seven young storytellers emerged as finalists in this year’s Philippine Daily Inquirer Read-Along Festival Storytelling Competition after the semifinal round held on Saturday at the Inquirer main office in Makati.

The festival is an annual event held in November, when the country marks National Reading Month.

The seven will compete in the final round during the Read-Along Festival on Nov. 13 at 3 p.m. at the main lobby of the Cultural Center of the Philippines (CCP). 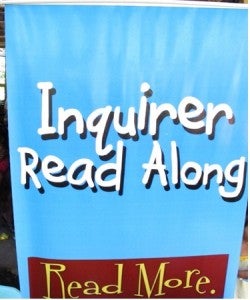 The contestants and their coaches attended a workshop on the basics of book-based interactive storytelling led by regular Read-Along storyteller Rich Rodriguez on Oct. 4.

Finalist Chua said she was very happy she made it to the final round. “I will just practice enough to prepare for the finals. I also think I should not overdo my practices because that is usually the problem when you overdo your storytelling.”

A bit nervous Co said he was surprised he got into the final round. “I think I should start practicing to get the better result. I felt a bit nervous but I’m used to reading in front of an audience so I was able to relax quickly.”

Fronda said he felt nervous the whole time because the other contestants were really very good. “I will just do my best and have fun in the final round,” he said.

Perez said he was nervous too. “I initially felt nervous but after a few minutes I felt blessed to have an unbelievable experience. I just enjoyed it the best way I could and always smiled so I could perform well. I will work hard for the final round and just keep reading the stories until I know them by heart,” he said.

“I feel very happy because even at an early age we get to experience this. Before my turn, when I was still in the hallway, I felt very nervous. But as soon as I entered the room and saw the judges and the audience, I felt it disappear,” Roa said.

“I feel great. I am happy about it and I want to thank my parents for allowing me to join the contest,” Vuycankiat said.

When asked how he would prepare for the final round, Villafuerte said he will “practice harder and of course pray to God.”

This year’s Read-Along Festival, copresented with the CCP, will showcase the old and new favorite Filipino stories for children aged 7 to 12.

Parties interested in the festival sessions may call Ellen at 8978808 ext. 329. Limited slots are available on a first-come, first-served basis.