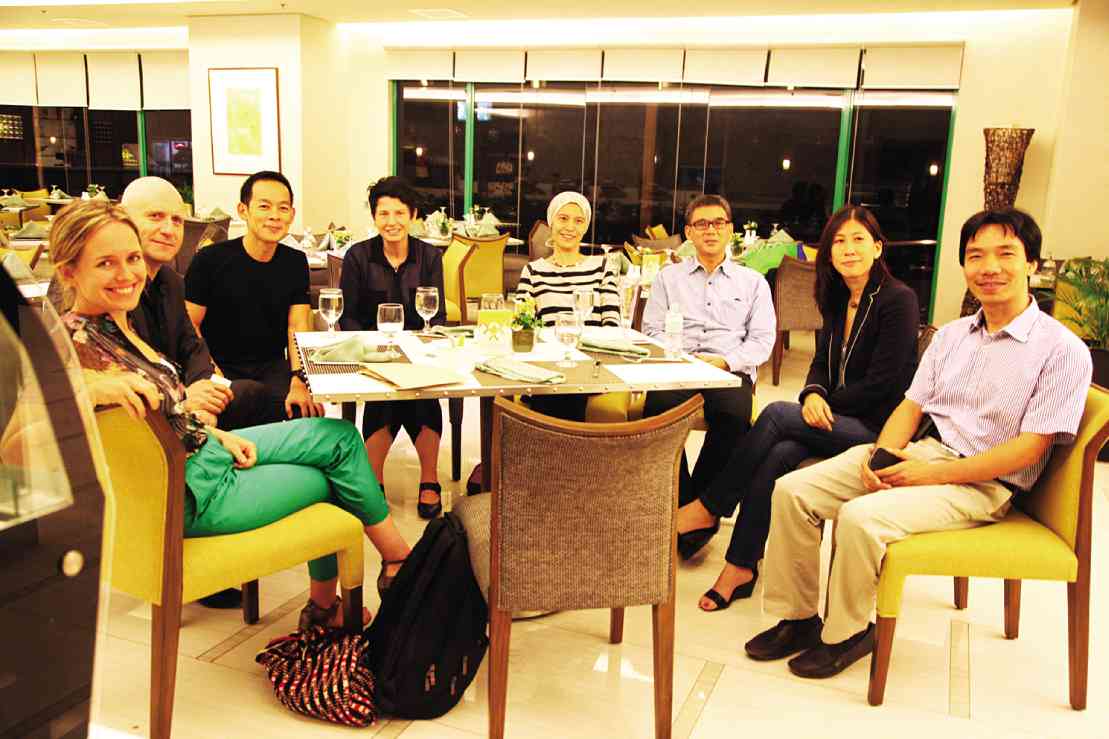 They were gathered recently by the Goethe Institut of Manila in a two-day conference at College of Saint Benilde and University of Santo Tomas to discuss solutions and challenges facing Asian countries amid globalization.

The talk focused on infrastructure, water management and housing.

In what could be first-hand experience of a typical Southeast Asian urban problem, delegates failed to hold the conference on the second day at UST because of heavy rains that left Manila under water.

The delegates held the conference instead at Hotel Benilde.

“(The lack) is the cause of slum conditions, slowed economic growth, and unjust distribution of resources,” he said. Kusumawijaya is the director of Rujak Center for Urban Studies and former director of the Jakarta Arts Council.

He said irresponsible agriculture practices and rapid urbanization had caused flooding during the rainy season and water shortage during the summer in Thailand.

“We need to change the way we live with water, but more than that we need far larger and efficient tools to manage it,” said Chaowakul.

He said Superbowl was envisioned to be a giant hydraulic tool, big enough to manage millions of cubic meters of water that spill out of Thai waterways every year.

Amelie Chai from Burma presented “Mobile Stores: New Forms of Infrastructure,” surveying her designs of trucks, vans, and containers equipped with generator and solar panels that would go around far-flung villages in Burma that lacked electricity and roadways. “These mobile stores provide villagers a means of charging their phones and accessing the Internet or call their loved ones working at the city,” she said.

“Within three to four years, the government hopes to expand cellular coverage by 75-80 percent from the current 10 percent,” Chai added.

Eleena Jamil’s presentation, “The Spiral Pedestrian Link,” aimed to connect significant landmarks in Kuala Lumpur that are separated due to differences in ground level and poor road networking.

Her design explored how placement of interesting features along walkways could make travel more interesting and not merely getting from point A to point B.

“Careful consideration of the interplay of levels and materials, inclusion of vegetation and signages, as well as incorporation of rest areas and shaded seating, can improve city-neighborhood scale relationships,” she said.

Jamil is the principal of Eleena Jamil Architect who also designed the bamboo classroom prototype in the Philippines which was exhibited in New York.

Australian Andrea Kleist, scientific director of Future Cities Laboratory, presented “Rapid Urban Growth: How Melbourne Responds to the Age-old Dream Cities Enabling a Better Life?” The lecture tackled how the old port of Melbourne was renovated to become a waterfront district to accommodate the rapid migration of Australians and foreigners to Melbourne.

“Based on authentic learning strategies, Studio Christchurch focuses on practice oriented outcomes in order to actively engage in the discussion of the future of the city,” Rieger said.

One of the most common problems of developing countries is the lack of low-cost housing.

“There is an obvious need for the urban sector to remain in the city: employment and public amenity,” Lloyd said, adding that building mid-rise apartments with commercial areas on the ground floor can be a viable solution for the urban poor housing.

Lloyd is the director of the Collective Studio in Phnom Penh.

In Vietnam, self-built houses represent a large proportion of residences in Vietnam. According to Hoang Manh Nguyen in his presentation, “Green Self-Built Architecture in Vietnam.” If these houses are well-built and managed with design solutions adapting to climate conditions of different regions, Hoang said, this could result in homes with ideal living environment.

“Self-built houses need to combine the experiences of traditional houses with modern technology to trend toward modern, green building models,” he said. “Education and efficient policy making will help make this possible.”

Nguyen is the general director of the Institute of Tropical Architecture in Hanoi Architectural University and a member of the Vietnam Building Sector’s Action Plan Committee for Climate Change Adaptation.

The discussions were moderated by Tobias Guggenheimer, dean of the School of Fashion and the Arts.