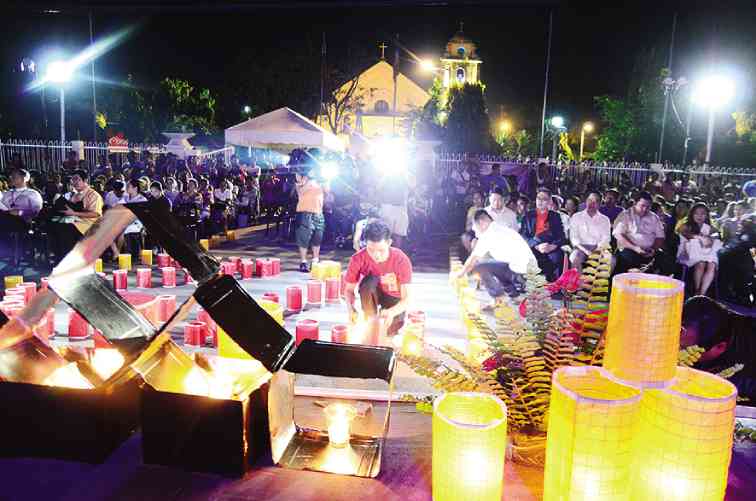 October 15, 2013 was like any day in Bohol. Even Tagbilaran was unhurried, the capital reflecting the calm, laid-back pace the province had been known for.

Adding to the tranquility was the national holiday, the Eid al-Adha, ironically a Muslim holiday in a province known for its bedrock Catholic faith.

For 33 seconds Bohol shook and as it shook, houses and centuries-old churches fell, and roads and bridges collapsed.

The 7.2 magnitude quake was felt all over Central Visayas but Bohol bore the brunt of its energy. It was the strongest earthquake to hit the Philippines in 23 years. Its power was likened to that of the atom bomb dropped on Hiroshima, Japan, but multiplied 32 times over.

In the aftermath, the enormity of the destruction overwhelmed Boholanos. But not as overwhelming was the disaster’s effect on the Boholano psyche, the people’s sense of trainquility and steadfast faith that had characterized the Bohol character.

But exactly because of their faith, the people of Bohol got over their trauma.

Last Oct. 15, to mark the first anniversary of the earthquake, the Bohol people relived in songs, dances and arts and crafts their terrible ordeal.

The reenactment began with the ringing of the bells and sirens at 8:12 a.m., lasting for 33 seconds, and followed by the simultaneous celebration of the Mass in all churches of the island-province.

At 10 a.m. prayers were offered for the dead, followed by a pilgrimage to Banat-i hill in the coastal barangay of Bool in Tagbilaran, where a proposed memorial to the victims was unveiled.

At Santa Monica Parish Convent in Albur, the art gallery opened the photo exhibit featuring images of Bohol before and after the quake.

By 4 p.m., the commemorative program opened, showcasing Bohol’s best local talents. But as it transitioned to reenacting the heroism displayed by Boholanos during the quake, some of the performers began to choke up. Tears were shed as the performers—actual members of the army, police, fire station, coast guard and rescue groups—carried off individuals in gurneys.

According to the program’s writer Marianito Luspo, there had been some hesitation on holding the commemoration.’

“Do we need to celebrate?” Luspo said. “It was a horrible event, but upon reflection, there was reason to celebrate because (the event) crystallized the Boholono spirit that has remained strong through all these years. We are all heroes here and we are celebrating the rebirth of the Boholano spirit.”

Artistic director Lutgardo Labad said the commemoration was a collective effort and everybody joined in.

“The police, the army, the rescue groups, though not trained actors were easy to direct as they already have that inherent discipline in them,” Labad said.

“We really felt loved by the response of the local, national, and international organizations and agencies and we tried to capture everything through this commemorative program,” Luspo said.

Davao Archbishop Romulo Valles said he was born in the town of Maribojoc whose church had been reduced to rubble with only the image of the Sacred Heart of Jesus miraculously untouched.

He recalled receiving frantic text messages from Bohol on the fateful day, all of them saying, “churches are gone.”

But he said Boholano faith in God remained streadfast.

“The way Boholanos look at the tragedy is through the eyes of faith,” Archbishop Valles said. “It’s amazing that, more than the concerns for their personal properties, Boholanos value their churches as equally… and it is their faith-filled hearts that motivated them to rehabilitate themselves and look to the future with renewed hope.”

“It is the church that gives them strength,” Tagbilaran Bishop Leonardo Medroso agreed. “The lessons learned from the disaster are all good as both church and state came together to give everyone in Bohol the opportunity to pick up where they left off before the quake.”

For the churches that remain standing but are being monitored for safety and the possibility of restoration, Mass is held at tents that were immediately put up within the area.

Bishop Medroso however is hoping that soon, new churches will be put up all over Bohol for the Catholic faithful.

Fr. Valentino Pinlac, pastoral program and education director of the Archdiocese of Tagbilaran and chair of the committee on rehabilitation and rebuilding, said provisional churches would be constructed.

“We understand no matter how sad it may be, restoring our centuries-old churches is a very tedious process, if not impossible,” he said.

“Any kind of help is appreciated and most welcome,” Fr. Pinlac added. “With the new churches sprouting in Bohol, we hope to continue seeing the strong faith of our people.”

For inquiries on how to donate, call Fr. Valentino Pinlac of the Diocese of Tagbilaran at 038-5100089.