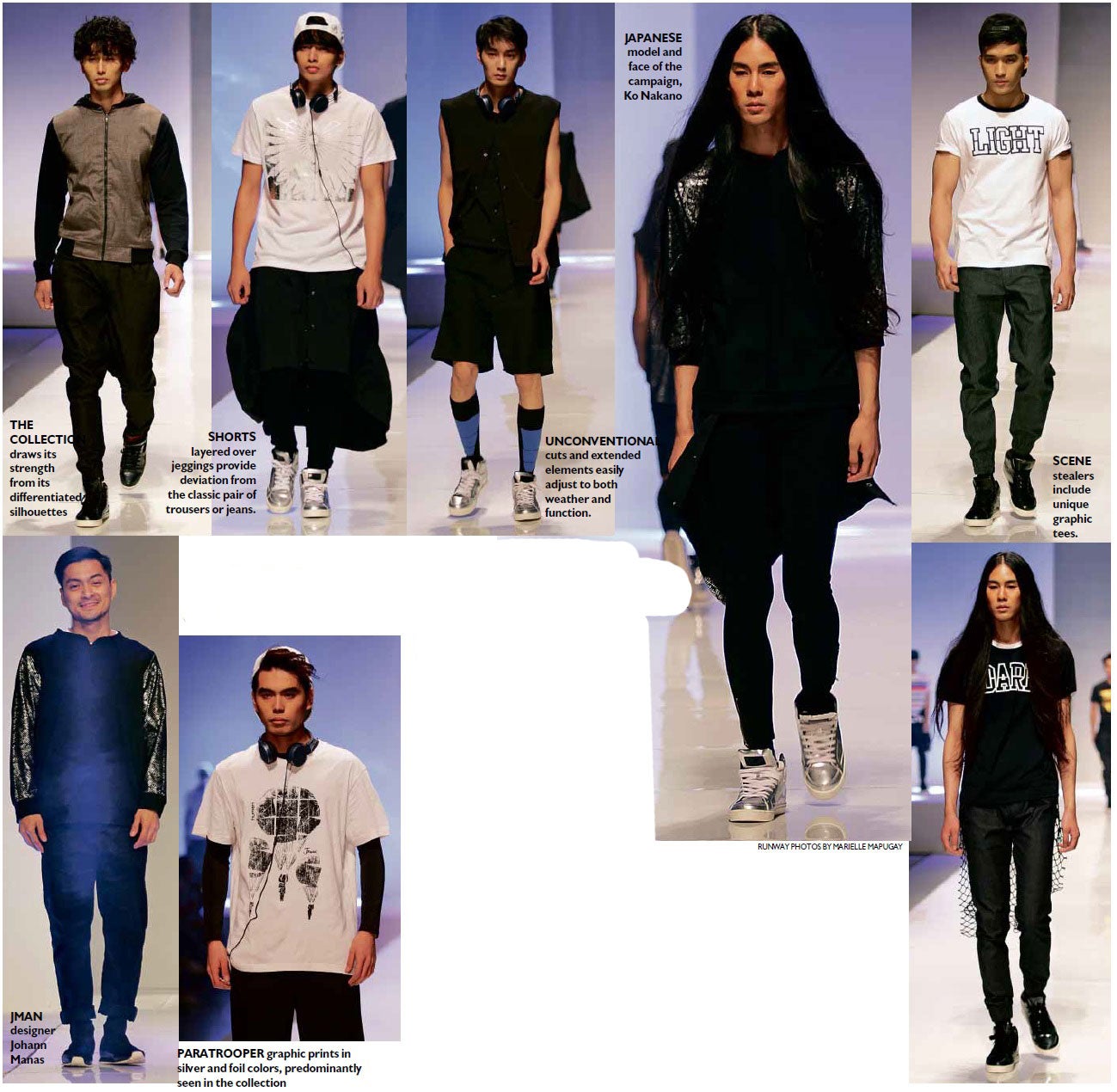 As the white-draped columns fell, the audience was in awe as models strutted down the runway at the Philippine Fashion Week last week. Majority of the models were Japanese—flown in specifically for the launch of Human’s latest designer collaboration with Tokyo-based Filipino designer Johann Manas.

Human, the sister brand of Bench, has always been known for its edgy, unique, trend-setting pieces. The Human x Jman collection draws inspiration from Japanese street style with pieces that are functional, comfortable and easy to mix and match.

Before Manas created Jman, he went to Japan in 2010 and instantly fell in love with everything Japanese. A year later, he became the first Filipino admitted into the prestigious Vantam Design Institute in Tokyo, where he studied fashion, production design, pattern making, and business and textile print.

He also made a name in Japan’s fashion scene when he incorporated Philippine-inspired hand embroidery into his menswear collection.

Manas points out that style is not about a particular brand or designer, but should focus on bringing out one’s personality. This collaboration with Human projects his design ideals of making clothes both stylish and comfortable, but still with that ooomph.