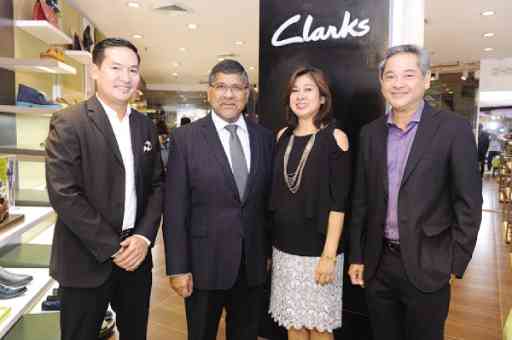 Its status as the premier fashion-shopping destination may have been overshadowed by newer, fresher-concept boutiques in recent years. But with store renovations and an ongoing image makeover, don’t be quick to write off Cinderella just yet.

Cinderella has started updating its dusty image with store makeovers that began with its Alabang branch.

On Oct. 9, it unveiled the work done in its Glorietta outpost with a show of Martin Bautista’s holiday collection.

Cinderella, established in 1948 by the matriarch Florencia Coronel, has tapped Hong Kong-based design firm Redgoodss to modernize the look of its stores, “to make it look world class,” as Cinderella scion and vice president for international brands Richie Coronel Santos put it.

“Our goal is to upgrade and modernize, and to give customers a better shopping experience,” Santos said.

The Glorietta store is markedly more vibrant, with a more open layout and clear delineations of its global franchised and in-house brands, and consigned labels. The design company adopted an overall minimalist look to better highlight the assortment of merchandise.

After many years, the Cinderella logo has also been tweaked, its new typeface patterned after the logo of Vogue, but still in its signature red color. The tack was to update without alienating longtime customers, Santos said.

“We’ve already seen a significant increase in sales in our Alabang branch, as a result of the makeover,” he added.

As part of its strategy, Cinderella is also tapping new talents, starting with Bautista.

Bautista created a mix of daywear and separates, evening dresses, in a mix of jersey, neoprene and other printed fabrics.

The jersey gowns of his first Cinderella collection sold well. For this second, Bautista toned down the palette, since they’ve noted that customers preferred neutrals.

“You will also notice that I’ve put slits in the skirts and long dresses, so that the long dresses are okay [even for shorter women],” Bautista said.

There was no definitive brief from Cinderella on design, said the young designer. “It was just to make wearable, relatable clothes for women of all sizes.”

Santos said Bautista is only first in a line of young talents the company is planning to tap. “This is our answer to the influx of foreign brands, to develop Filipino talents and give them a platform to showcase their designs,” he said. “We’re scouting from design competitions.”

Santos, a third-generation Coronel, also dismissed any speculations that the store his maternal grandmother started will fold in his generation. “That’s quite the opposite,” he said.

Santos’ mother Therese Santos and aunt Malou de Venecia are involved in running the company. His uncle, Arthur Coronel, is the chief executive.

While Santos’ sisters left the company after they both married, three of his cousins are working at Cinderella: Angelica Coronel and Christine de Venecia for the local house brands, and Isabelle de Venecia for consigned brands.

“Cinderella isn’t dying in our hands. No, I don’t believe in that,” Santos said. “We’re still here and we’re very excited. When you come and shop, you will see that we’re now on par with those you see abroad.”