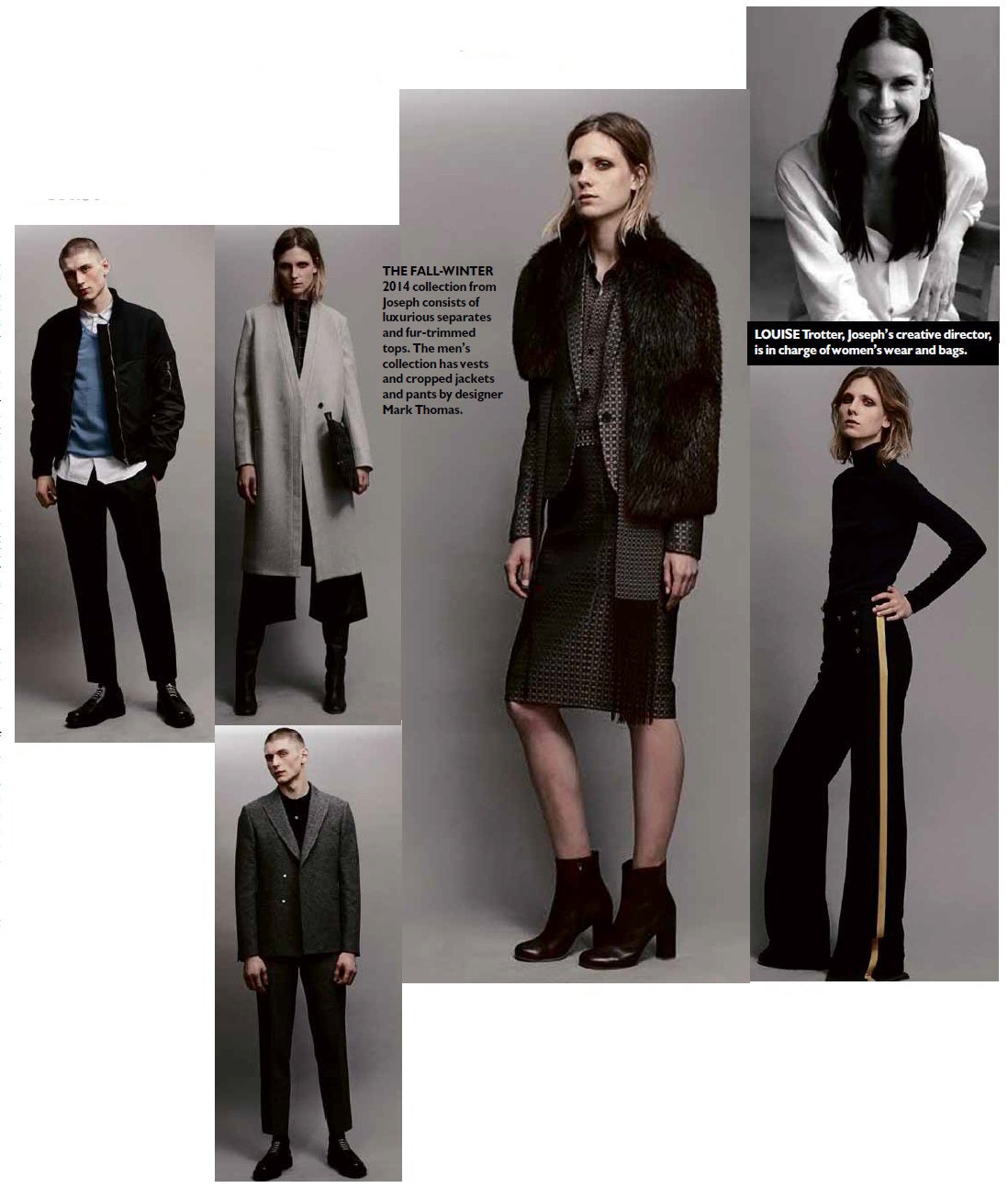 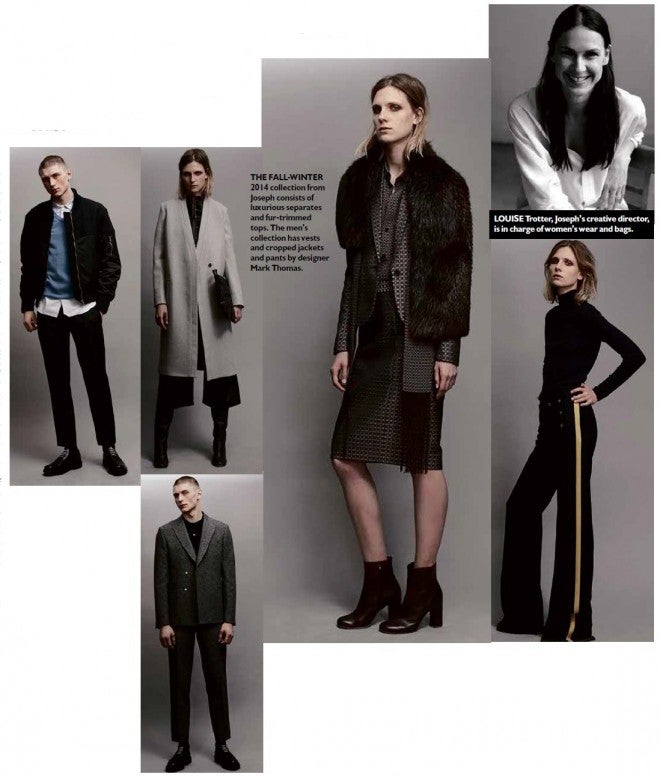 With more and more foreign fashion brands opening stores in the country, some have been saying there are fewer reasons to travel abroad. The brands they like are available locally and priced competitively.

Swedish brand H&M opened mid-October at around the same time that Pull & Bear— from the same group that distributes Zara—opened its first store. Both are located at the Mega Fashion Hall that is increasingly becoming the place to be for new brands.

To up the ante, the UK-based Joseph opened its first stand-alone store in Southeast Asia at SM Aura Premier. Unlike H&M and Pull & Bear, known for their trendy pieces, Joseph offers fashion staples designed by a team in France to be worn well beyond one season.

In an e-mail interview with Inquirer Lifestyle, creative director Louise Trotter talked about the brand’s key pieces, why they have become essentials, and who their customer is.

Trotter then proceeds to list down leather trousers; knitwear in cotton wool, cashmere or cashair; an oversized parka; and the perfect peacoat as wardrobe staples.

“From season to season, these pieces nod to that men’s-wear-inspired androgyny,” she said.

The late businessman and founder of the brand, Joseph Ettedgui, started out as a hairdresser to London royalty. He began bringing in brands such as Prada, Alaïa and Kenzo, initially selling them at his salon.

He later opened his own store which he stocked with fashion brands as well as separates made in France but bearing his name. Separates like well-made trousers, knits and jackets became his core business, although his original plan was to build a lifestyle brand.

With Trotter now handling the women’s wear and accessories, and the recent hiring of Givenchy and Neil Barrett alum Mark Thomas for the men’s wear, Joseph is now a full-fledged fashion brand. There will still be more ladies’ wear, but roughly 30 percent will consist of men’s fashion.

Joseph recently began carrying ladies’ bags that will also be available locally. “There will be a good representation of the AW14 bags with some great clutches and python shoulder flap bags, which add neat sophistication to a woman’s look. For daytime, our smooth leather oversized totes make perfect carryalls,” Trotter said.

She described the Joseph customer as someone with a strong sense of timeless style. “She has her eye on fashion, too, but isn’t obsessed with trends. She has a life, a career or maybe she is a busy mother. There is a relaxed androgyny to her look—never trying too hard—with a hint of boyish irreverence. But ultimately, her look is very sophisticated with an Anglo-Franco aesthetic.”

To celebrate the opening of the first Joseph store, the brand hosted a launch event last night with special guest DJ Solange Knowles.

“We are thrilled to be opening a store in the Philippines at such an important time for the local luxury market. Showing the Joseph collection within a store that reflects the brand’s core DNA allows us to offer our clients in the Philippines the full Joseph experience,” Trotter said in a statement.

The creative director, who has always championed fit and comfort when it comes to clothes, said they will also offer a special in-house tailoring service.