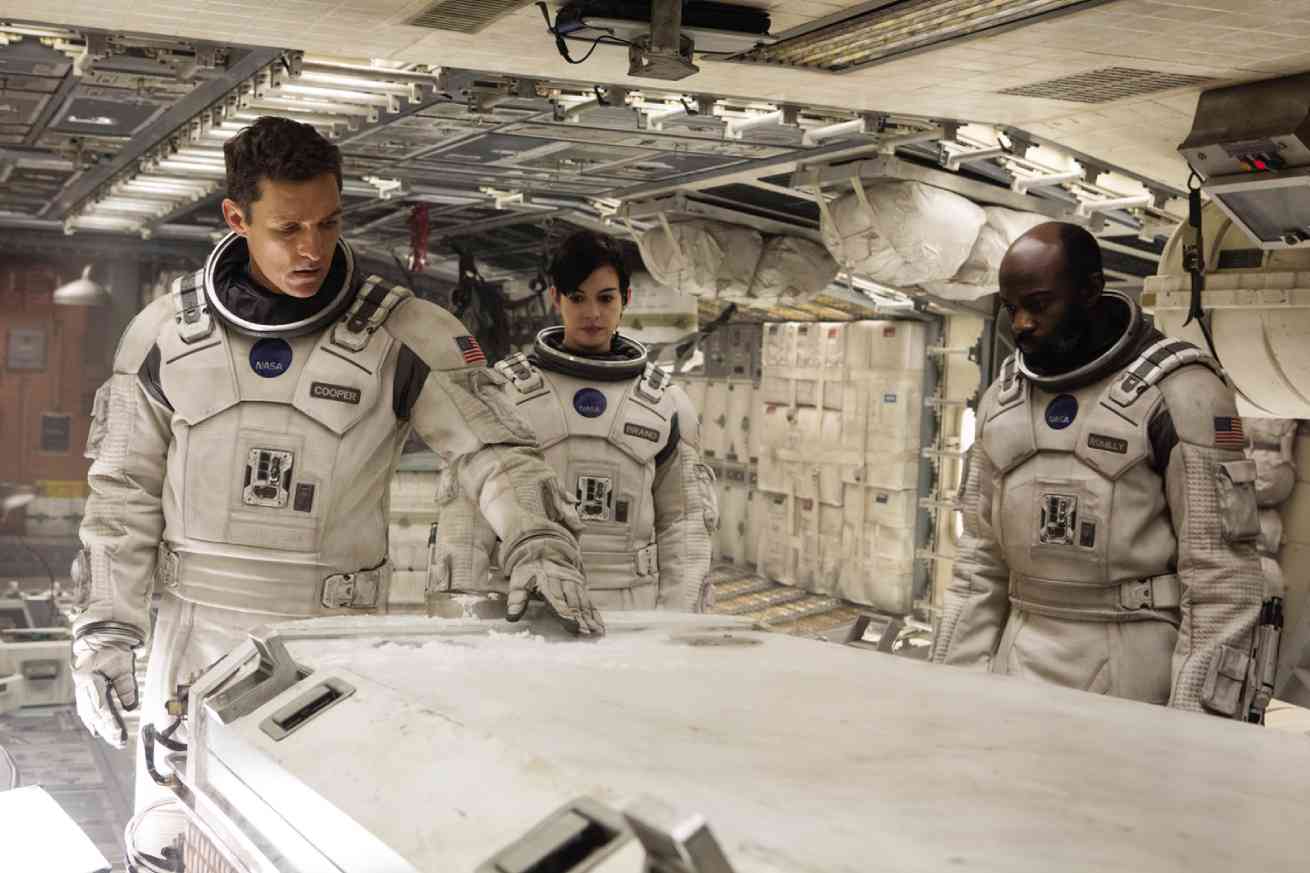 “INTERSTELLAR” portrays an Earth that has been ravaged by an environmental blight.

There is perhaps no other director in Hollywood with such an intriguing cinematic vision as Christopher Nolan’s.

The filmmaker has visited such striking set pieces as Gotham City (“The Dark Knight Trilogy”), magicians’ playgrounds (2006’s “The Prestige”) and the inner worlds of the mind itself (2010’s “Inception”). Nobody blows moviegoers’ minds the way Nolan does.

Nolan’s newest film, “Interstellar,” also happens to be his most ambitious work yet. This time he reaches for the stars, literally and figuratively.

Set in the near future, “Interstellar” portrays an Earth that has been ravaged by an environmental blight, killing plant life with terrible dust storms devastating the surface. A humbled, hurting humanity is trying to survive, but realizes that time might be running out.

Cooper learns of a secret mission to find a new world for humanity, somewhere beyond the mysterious wormhole near Saturn. He is recruited by Professor Brand (Michael Caine) to pilot the ships, to be joined by scientists led by Brand’s own daughter Amelia (Anne Hathaway). The only problem is, because of the relative nature of space and time, Cooper has no way of knowing when—or even if—he’ll be able to return to his family on Earth.

Nevertheless the intrepid space explorers take off, hoping to save humanity. At this point, “Interstellar” is a familiar, if well-made space drama. And then it becomes something different, much bigger.

“Love is the one thing that transcends time and space,” reminds Amelia.

Like most great films, it’s impossible to talk more about “Interstellar” without giving away the surprise twists, of which there are many whiplash-inducing ones. Suffice to say, things on the desperate mission do not go as expected, and Nolan, who wrote the film with his brother Jonathan, takes viewers to uncharted territory on many levels.

The closest comparison would be Stanley Kubrick’s “2001: A Space Odyssey”-meets-Alfonso Cuaron’s “Gravity,” mixing mystery with the practical dangers of space travel. Just go see it—you will be amazed.

Nolan enjoys working with good actors, especially his collaborations with the likes of Christian Bale, Hugh Jackman, Al Pacino and Leonardo DiCaprio in the past.

Aside from McConaughey, the other star here is Nolan, who works with his trusted team, which includes production designer Nathan Crowley, editor Lee Smith and composer Hans Zimmer. A galaxy of credit must also go to “Interstellar’s” special-effects crew, which combines CGI with practical effects for the stunning space sequences.

Nolan sets the bar ridiculously high for himself; after all, how can you top Batman’s world and the mindscape of “Inception”? He does so by crafting a big, suspenseful and existential drama that’s also gripping and unforgettable.

“Interstellar” is long, but it uses every moment of its two hours and 45 minutes to wow the audience. It’s about space and possibility, family and destiny.

Stunningly ambitious and original, “Interstellar” soars, and Nolan, at the height of his considerable power, ascends with the year’s best film so far.