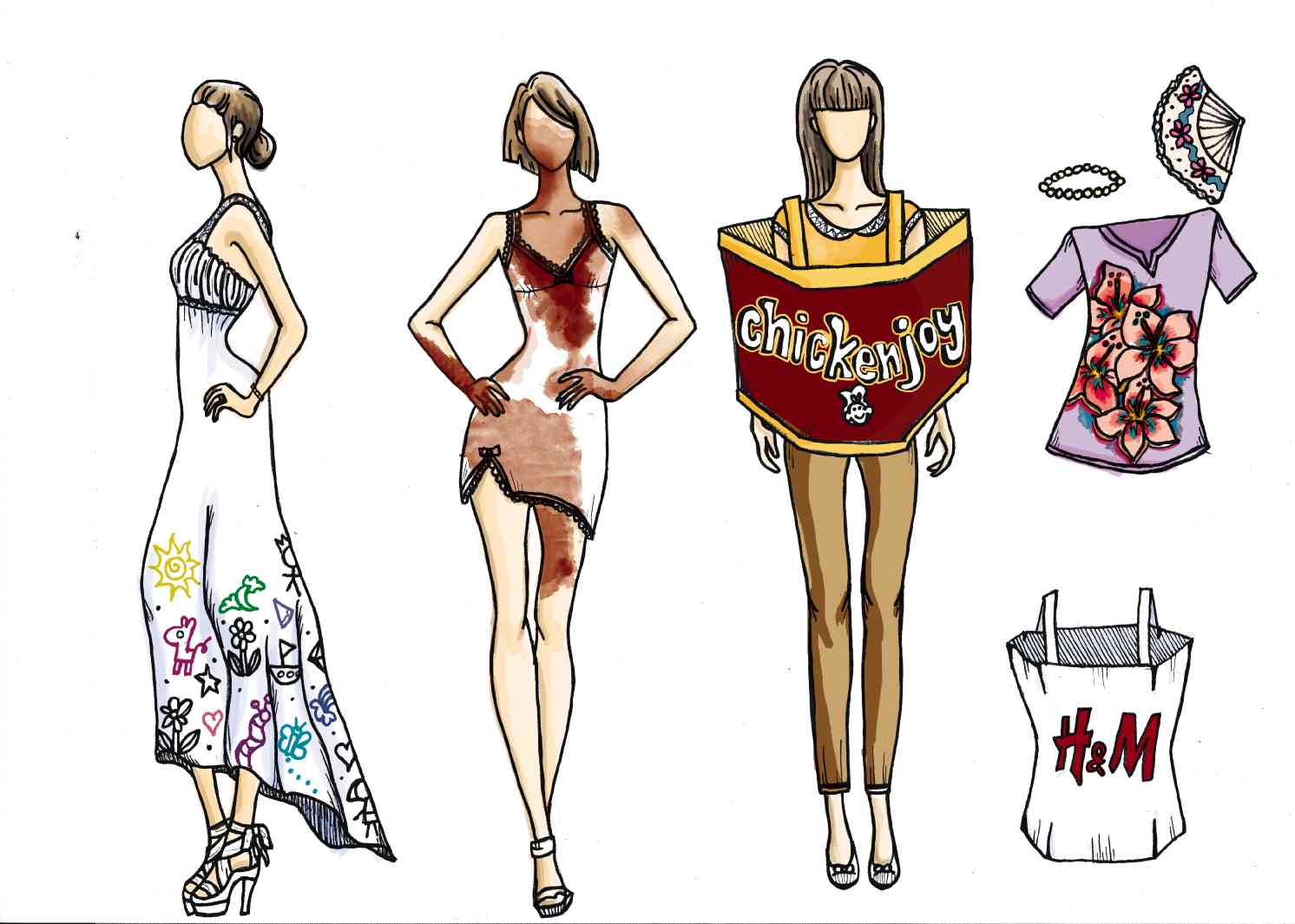 Halloween is a holiday when everyone—kids and kids at heart alike—gets to wear crazy costumes and act even crazier in public.

What’s great is that we’re no longer confined to dressing up as monstrous creatures or reanimated corpses. News flash: The ghost is dead—in costume or otherwise.

Imagine if Cady Heron of “Mean Girls” got this invaluable piece of advice. She might have avoided committing the grave faux pas of arriving at her first Halloween party dressed as a zombie bride—er, “ex-wife.” Then again, dressing up as another Playboy bunny for Halloween is so 2004.

So, if you’re still at a loss on what to wear for that Halloween party tonight, don’t worry. We’ve got you covered. Super has come up with last-minute, creative—not to mention easy (read: DIY)—costume ideas with a pop culture twist that will surely make you the life of the party.

Remember, the difference between a good costume and a great one is commitment. So, commit to your character! Learn it, live it, love it. (Trust.)

@TitasofManila is probably the funniest Twitter parody account to make its debut this year. Its distinctly Filipino humor became such a hit that it gained almost 13,000 followers in just a month.

Wear a floral blouse (or paisley, plus points if it has shoulder pads), jeggings and a pair of clunky “step-in.” Accessorize with a pearl necklace, a shawl, a hand fan and bifocals.

If you were one of the shoppers who got free gift checks during the opening, good for you. If not, that’s okay, you can still declare your love for this Swedish brand by going as an H&M shopping bag for Halloween. (PS: If you don’t get the H&M hype, you can still wear this costume—ironically.)

Remember when Jollibee experienced that “glitch” that deprived us of the national culinary treasure that is the Chickenjoy? That was scary. Just thinking about not biting into that crispy, salty chicken skin for some time gives us the willies.

Bring back #ChickenSad by dressing up as an empty Chickenjoy bucket and wearing a frown on your face.

Who doesn’t want to be the lovable plant-alien-humanoid for Halloween? Rocket Raccoon’s sidekick and enforcer, Groot, captured our hearts with his selflessness and sweet nature (and dancing skills!) in the hit Marvel film, “Guardians of the Galaxy.”

For a quick Groot costume, wear a brown shirt and brown pants. Make a mask using brown corrugated cardboard. When people talk to you, answer with “I am Groot.”

Rosamund Pike’s portrayal of Amy Dunne, the housewife in Gillian Flynn’s “Gone Girl,” is arguably the best performance of any actor in film this year—totally Oscar-worthy if you ask us.

You can be Amazing Amy for the day in two ways: Wear a short nightgown and pour blood all over yourself (think Carrie—only skimpier and more psychotic), or make a “Missing: Amy Dunne” poster.

The four-panel makeup transformation meme had people taking photos of themselves putting on makeup and donning wigs and costumes to transform themselves into celebrities, TV and film characters or even inanimate objects.

Print out a life-size poster version of the meme, making sure that each of the four frames is as big as your head. Remember to cut out a hole the size of your head in the first panel.

The ice bucket challenge put the spotlight on ALS, or amyotrophic lateral sclerosis. It made headlines when celebrities and politicians—from American superstar Leonardo DiCaprio to Justice Secretary Leila de Lima—drenched themselves in ice water to raise awareness about the disease and money for charity.

This is probably the easiest costume on the list. You just need to carry a bucket full of fake ice.

Angelina Jolie as a bride

Dressing up as Angelina Jolie as Maleficent is just too obvious. Instead, channel the Queen of Hollywood by donning a wedding dress with doodles—much like the gown she wore during her and Brad Pitt’s wedding.

You need a white dress. Bring out colored markers and crayons and start doodling like crazy. You can even bring your art tools with you during the party and invite people to draw on your dress.

Remember when Shia LaBeouf was still a charming, mischievous kid in the Disney Channel show “Even Stevens?” Now he’s famous for driving under the influence, being accused of plagiarism, getting into fights both online and in real life, and going intensely “method” by cutting up his face and removing a tooth for a movie(!).

This Halloween, copy Shia’s “meta-modernist performance art,” like that bizarre red carpet moment during the Berlin premiere of “Nymphomaniac,” by wearing a tuxedo and a paper bag mask over your head that says “I Am Not Famous Anymore” or “#IAMSORRY.”

Personify the poster boy of erotica by donning a dark gray suit, white shirt and a silver-gray tie. For effect, wear a black mask or bring handcuffs. Just don’t go overboard when acting like Christian Grey. Inviting random strangers to your “red room” is probably more than 50 shades of creepy.