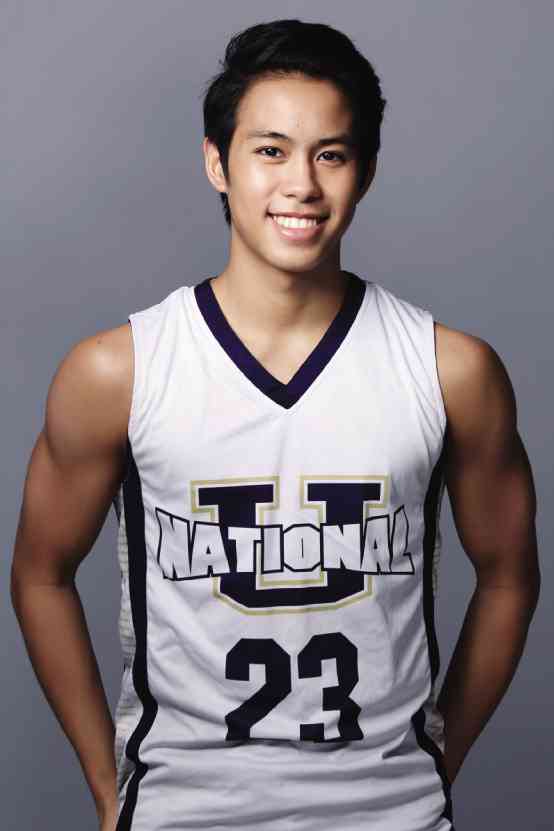 RENDELL in his NU jersey

As an aspiring basketball player, Rendell Senining made his collegiate debut at the University of San Jose-Recoletos in Cebu. Now he’s made it to the National University (NU) men’s basketball team reserve, hoping for the lineup call.

The Cebuano native learned the sport from his father who was a basketball fanatic. But what really spurred him on, at 6, was seeing an elder brother shoot hoops.

He believes he made the right decision to move to Manila because, he said, “the basketball programs here are really good.”

As a rookie, he feels the pressure to prove his worth; but it’s not like he’s coming in from the cold. Senining has played in international basketball tournaments and had been a member of the Jr. NBA national team.

At the Fiba community development program Basketball Without Borders held in Taiwan, Senining got to play with top cagers from Asia and Oceania.

“I learned a lot from the tournament. Being drafted to the all-star lineup was one of the most memorable,” he said. “My teammates were 6’5” or taller and I’m only 5’7”—the shortest guy. But my height wasn’t a hindrance because I gave my best at the games.”

He added that practice with the national team improved his game.

“I was lucky to play with some of the PBA stars and it was a great experience. The exposure I gained was invaluable,” he said.

Senining recalled that he got his first taste of winning championship titles back in high school, which came with individual awards.

But the journey to his big dream is just about to begin. “As a point guard, I have to keep working hard, strengthen my weaknesses, especially defense, as my coach has pointed out. Defense is the core of our team,” he explained.

The biggest question is whether or not he’ll make the NU lineup in the University Athletic Association of the Philippines (UAAP) season 78 after the Bulldogs captured the championship title this year.

“That’s what everyone’s been asking me. Actually I still don’t know… I’ll just continue to show everyone in NU that I’m worthy enough to make it in the lineup. Hopefully, through God’s grace, I can play next season,” said the marketing management freshman.